SEOUL, Jan. 21 (Yonhap) -- The foreign ministry said Thursday that it will push for the first summit between President Moon Jae-in and new U.S. President Joe Biden and other high-level exchanges at an early date so as to move stalled nuclear diplomacy forward.

The ministry made the pledge in a written policy report for 2021 to President Moon Jae-in, as Seoul seeks to firm up ties with Washington under Biden's leadership to create fresh momentum to resume nuclear dialogue between Washington and Pyongyang.

"With the launch of the Biden administration, the ministry will seek to strengthen strategic communication, including an early push for high-level exchanges and a leaders' summit, to cement the basis for policy coordination between the two governments," it said in the report.

"The ministry will work to establish a framework for consultations with the new U.S. administration at an early date and make efforts to lay the ground for substantive progress in the course of denuclearization to achieve tangible results," it said.

On the relationship with China, the ministry pledged efforts to restore bilateral exchanges and the level of cooperation to "the fullest extent," while continuing talks to arrange Chinese President Xi Jinping's visit to Seoul.

Regarding chilled ties with Japan, the ministry renewed its commitment to the "two-track approach" of dealing with the longstanding spat over the issues of forced labor and sexual slavery from the colonial era separately from addressing practical bilateral cooperation.

In the global battle against COVID-19, the ministry pledged to play a leading role in international efforts to overcome and recover from the pandemic.

The ministry's plan to host a global new security forum later this year on non-traditional threats like diseases, environmental issues and cybersecurity could also work as a platform to promote Korea's standing by sharing experience in COVID-19 responses with other countries, it added. 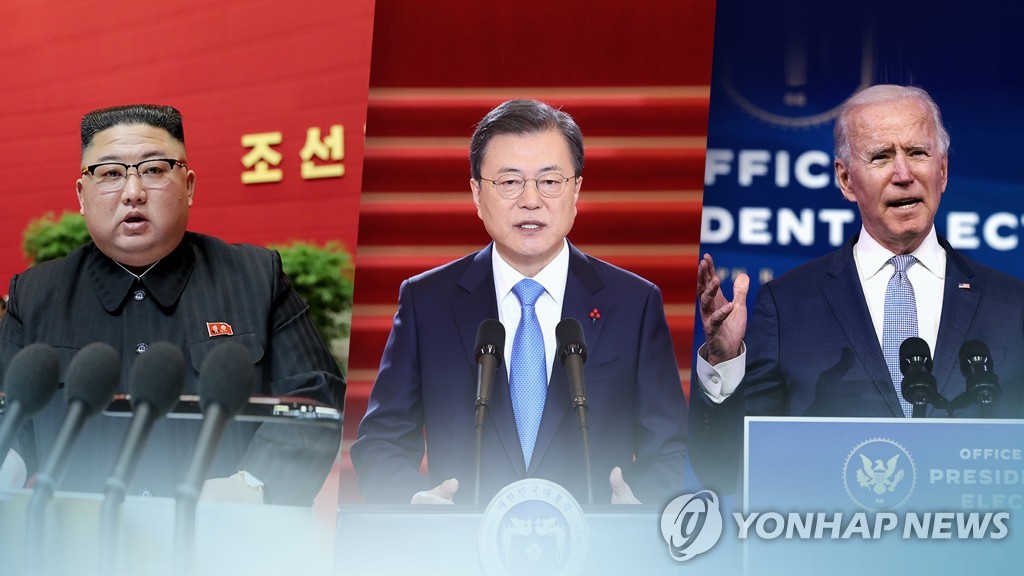 Ministry vows to push for Moon-Biden summit at early date for progress in N.K. diplomacy

Ministry vows to push for Moon-Biden summit at early date for progress in N.K. diplomacy