SUWON, South Korea, Jan. 21 (Yonhap) -- Prosecutors raided the Ministry of Justice on Thursday in connection with an investigation into an alleged illegal ban on its former vice minister leaving the country two years ago.

Kim Hak-ui, who briefly held the second-highest post at the ministry in 2013, was stopped at Incheon International Airport in March 2019, less than two hours before he was scheduled to leave for Bangkok, upon the urgent issuance of a departure ban by the ministry.

Prosecutors formally launched a reinvestigation into Kim's alleged bribery and sexual misconduct following the ban. It was about a year after the ministry's reform committee ordered the prosecution in April 2018 to revisit the allegations, which were dismissed twice in 2013 and 2015. 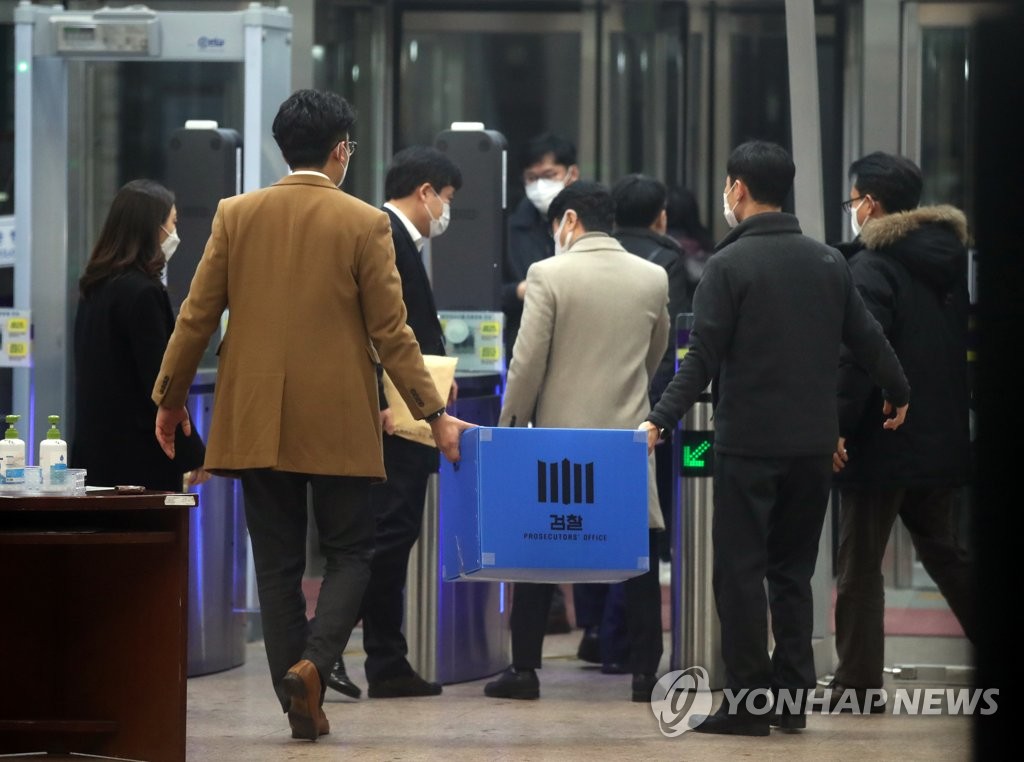 The Suwon District Prosecutors Office recently launched an investigation into a complaint that the ministry's officials illegally checked Kim's personal information 117 times from March 19-22, 2019, and that the departure ban did not follow due procedures.

Besides the ministry, the investigators searched several other government agencies as well, including the office of the chief of the Korea Immigration Service, the Fair Trade Commission, the immigration office at Incheon International Airport and the home and office of Lee Kyu-won, the prosecutor who issued the ban at that time.

The investigators finished search at around 8 p.m. and will resume the operation Friday, officials said. 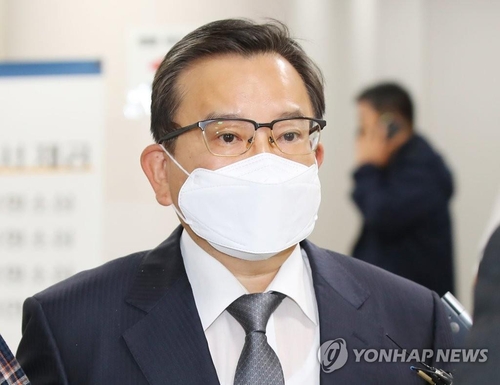 The ministry denied the accusations against it.

In a five-page statement released on Saturday, it said the issue raised was only "peripheral" and not significant enough to challenge the legitimacy of the decision.

It said the justice minister has the full authority to issue a departure ban on an individual potentially involved in a criminal offense.

Also prosecutor Lee was also fully authorized to do so, it said, adding that there was an urgent need to ground Kim, who was considered a flight risk, for the public interest.

When Kim was stopped at the airport, he had his face partially covered with a scarf and wore a baseball cap and sunglasses.

After the reinvestigation, an appeals court found him guilty and sentenced him to 2 1/2 years in prison in October for receiving bribes and sexual favors from construction contractors. 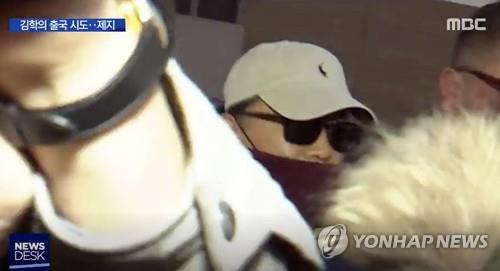