"The government will develop the South Korea-U.S. alliance as a more comprehensive and mutually beneficial one," he said at the outset of the session held at Cheong Wa Dae, which was briefly open to pool reporters. 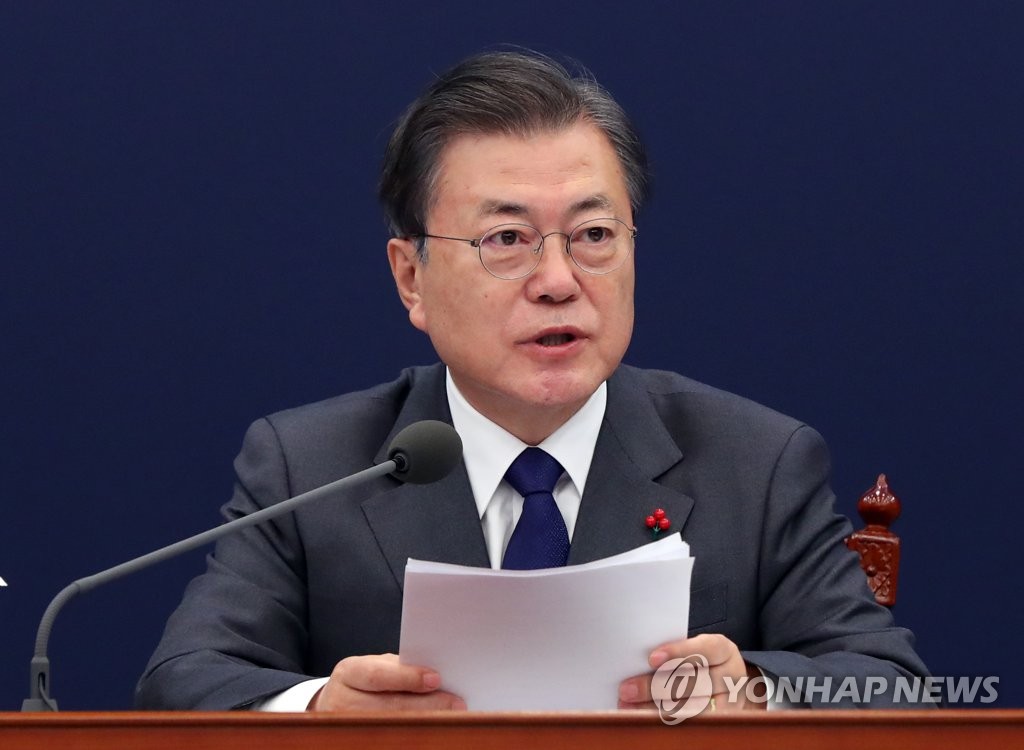 Moon regarded the Indo-Pacific region as entering a "rapid transition period" and stressed that it is time to strengthen the Seoul-Washington alliance and further develop cooperative ties with neighboring nations.

He noted that South Korea and its largest trading partner, China, will commemorate the 30th anniversary of the establishment of their diplomatic relations in 2022.

"We will have to build a foundation (for the two sides) to move toward a developed relationship," he said.

On Japan, he said, Seoul and Tokyo should "not stay in the past" and need to push for forward-looking relations.

In particular, the Tokyo Olympics, scheduled to take place later this year, could serve as a chance for improvement in Seoul-Tokyo ties and progress in efforts to promote peace in Northeast Asia, he added.

Moon also received a report from the foreign, defense and unification ministries on 2021 policy direction and goals.

The president took particular note of outgoing Foreign Minister Kang Kyung-wha's service over the past 3 1/2 years.

As the first female and longest-serving minister of the current government, Kang has made lots of contributions to developments in the Korea peace process, including North Korea-U.S. and inter-Korean summits, Moon said, according to Cheong Wa Dae's press release on the results of Thursday's session.

The minister is also credited with playing a role in enhancing South Korea's global stature in cooperation with other nations on the COVID-19 crisis, Moon added.

On Wednesday, Moon's office announced a decision to replace Kang with Chung Eui-yong, former director of national security at the presidential office, in a partial Cabinet reshuffle. Chung is subject to the National Assembly's confirmation hearing, the date of which has yet to be set.