A U.S. Department of Defense (DoD) official working at U.S. Army Garrison Yongsan tested positive Wednesday after developing symptoms. She last visited the base on Monday, according to USFK.

The spouse of another DoD official in Yongsan who tested positive earlier and a service member stationed at Kunsan Air Base were also confirmed to have contracted the virus the same day.

"KDCA and USFK health professionals are actively conducting contact tracing to determine whether anyone else may have been exposed to these individuals, and to identify and ensure all known on-post and off-post facilities visited are thoroughly cleaned," the U.S. military said in a release. KDCA stands for the Korea Disease Control and Prevention Agency.

Earlier in the day, USFK said seven people affiliated with the U.S. military, including two service members, had tested positive for the virus upon their arrival here over the past two weeks.

Of them, a service member, two contractors and three dependents arrived here on commercial flights via Incheon International Airport, west of Seoul, from Jan. 6-19, while the other service member arrived at Osan Air Base in Pyeongtaek, 70 kilometers south of the capital, on a U.S. government-chartered flight on Wednesday, according to USFK.

Five of the newly confirmed patients tested positive on their first mandatory COVID-19 test prior to entering quarantine, while the two others were confirmed to have been infected on another test required to exit quarantine.

The latest cases raised the total number of infections reported among the USFK-related population to 646, most of whom tested positive upon their arrival here from the United States. 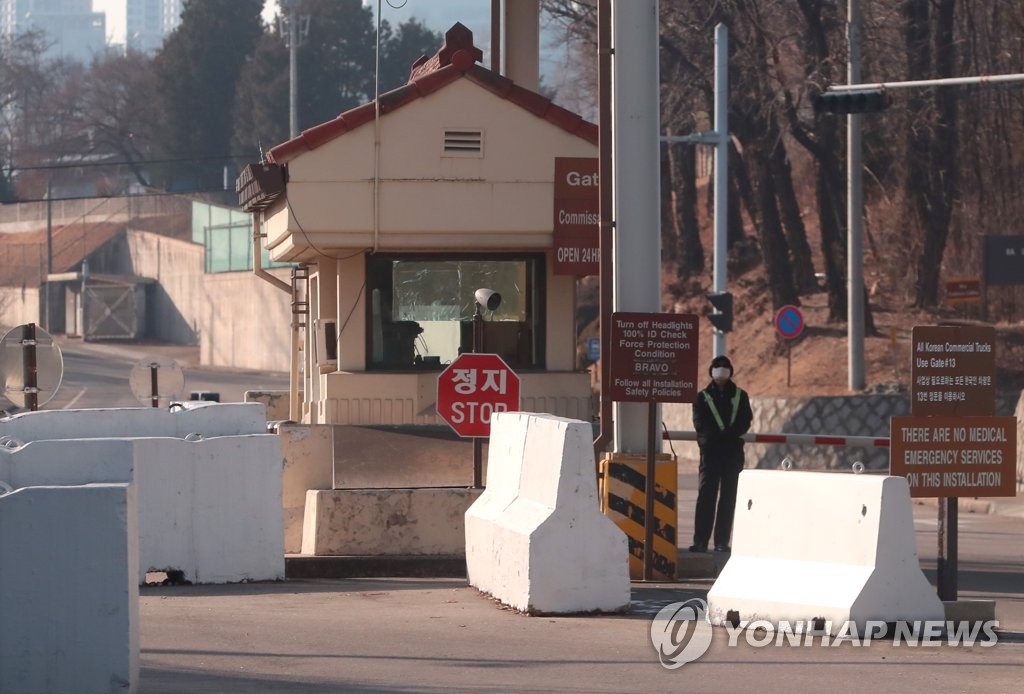