SUWON, South Korea, Jan. 21 (Yonhap) -- A local court on Thursday acquitted a former factory automation supplier of Samsung Display and nine people, including the supplier's former CEO, who were all indicted for leaking Samsung's cutting-edge smartphone panel technologies to China.

The Suwon District Court handed down the sentence of acquittal for Toptec Co., which previously supplied industrial automation equipment to the Samsung company; a Toptec affiliate; and nine people, including a former Toptec CEO aged 53 and company employees.

They were all indicted in November 2018 for selling Samsung's curved edge OLED display technologies, used for Samsung Electronics' Galaxy smartphones, to two Chinese companies in April of the same year through the Toptec affiliate. 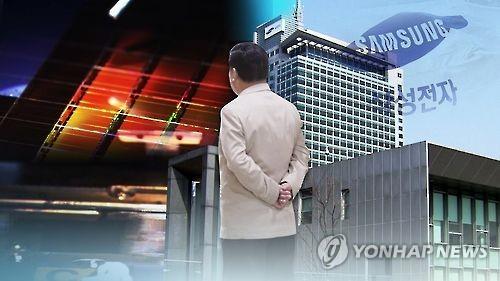 The nine defendants were accused of having the Toptec affiliate build 24 sets of "3D lamination" equipment based on drawings from Samsung Display between May and August 2018 and selling 16 sets to a Chinese company. They were also suspected of receiving 15.5 billion won (US$14.1 million) from the Chinese companies via the affiliate in exchange for drawings and equipment allegedly related to Samsung Display.

But the court ruled that the defendants are not guilty of violating the Act on Prevention of Divulgence and Protection of Industrial Technology.

"The information specified as trade secrets in this case has been disclosed as a patent or known in the same industry. A large part of the technologies (sold to China) was developed and suggested by Toptec," the court said.

"Judging from the evidence submitted by the prosecution alone, it is difficult to say that Toptec violated the law even if the company manufactured and sold the equipment using the above-mentioned information," it said.

The court also said Samsung and Toptec signed a confidentiality agreement but that it is difficult to say that accusations of technology leaks can be applied to mutually developed technologies.

The 3D lamination technology in question is used in bending the edges of a smartphone display panel to create the so-called curved edge design. Samsung reportedly spent 150 billion won and mobilized 38 engineers for six years to develop the technology.