SEOUL/NARITA, Jan. 22 (Yonhap) -- New South Korean Ambassador to Japan Kang Chang-il pledged Friday to make "utmost efforts" to improve relations between Seoul and Tokyo, as he arrived in the country amid a protracted row over wartime history and trade.

His appointment came as Seoul seeks to mend ties with Tokyo to explore opportunities to reengage with North Korea and ensure close relations with the new U.S. administration of Joe Biden, whose foreign policy centers on strengthening regional alliances.

"I will make my utmost efforts to promote and strengthen the friendship and cooperation between the two countries and to normalize relations," he told reporters at Narita International Airport, east of Tokyo. 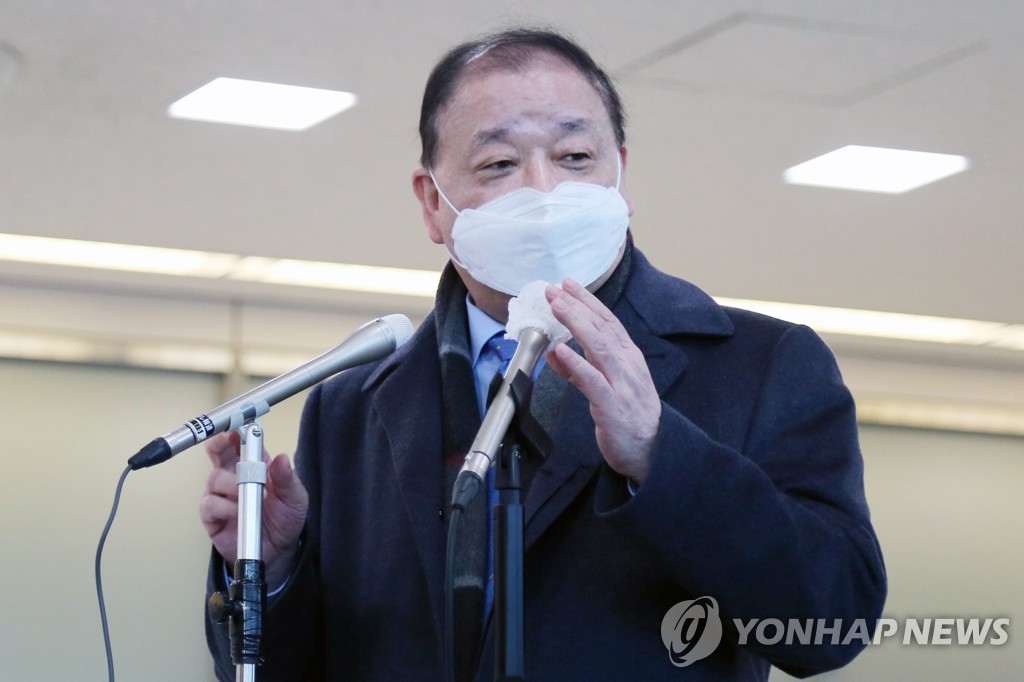 Kang said he would seek to pay a courtesy call on Prime Minister Yoshihide Suga and have meetings with Foreign Minister Toshimitsu Motegi and other officials, after a two-week quarantine at his residence in line with Japanese guidelines to fight the COVID-19 pandemic.

Before departing for Japan, Kang also reaffirmed Seoul's strong will to enhance relations with Tokyo.

"The Moon government has a firm will to normalize relations between South Korea and Japan, and the president also expressed the will during a New Year's press conference," he told reporters at Incheon International Airport, west of Seoul.

"I plan to relay this message to the Japanese side," he added.

Kang, a former four-term ruling party lawmaker, will replace Nam Gwan-pyo who returned home earlier this month after having served in the post since May 2019.