The Korea American diplomat was appointed to the post as of Wednesday, according to information available on the website of the State Department.

Up until then, Kim had served as the U.S. ambassador to Indonesia.

Still, it was not clear whether Kim would be formally nominated to become the assistant secretary for East Asian and Pacific affairs, which requires Senate approval, or if he is temporarily filling the post vacated by David Stilwell, who was appointed by former President Donald Trump.

Resignations from all political appointees of the former president became effective as of noon on Wednesday when Joe Biden was sworn in as president.

The Senate confirmation hearing for Blinken was held Wednesday. 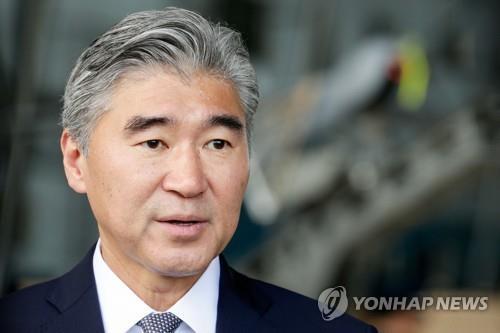