SEOUL, Jan. 22 (Yonhap) -- The unification ministry on Friday unveiled guidelines on a recently legislated ban on sending anti-Pyongyang leaflets into North Korea in an effort to ensure better interpretation of the law.

The amendment to the Development of Inter-Korean Relations Act, which passed the National Assembly and the Cabinet last month, has raised concerns among critics that it could hurt freedom of expression and undercut efforts to send outside information into the reclusive North.

Concerns were also raised that the law could prohibit the sending of leaflets or other items to the North from a third country such as China.

According to the guidelines posted on its website on Friday, the ministry stressed that the law does not apply to cases in which items are sent to the North from a third country. In such cases, the third country's laws will be applied.

The ministry said that the guidelines were drafted to ensure better interpretation of the law, including clarifying the "scope of application" and "enhancing predictability" for citizens.

The law, scheduled to take effect in two months, prohibits the launching of anti-Pyongyang leaflets across the border, with violators subject to a maximum prison term of three years or a fine of 30 million won (US$27,400). 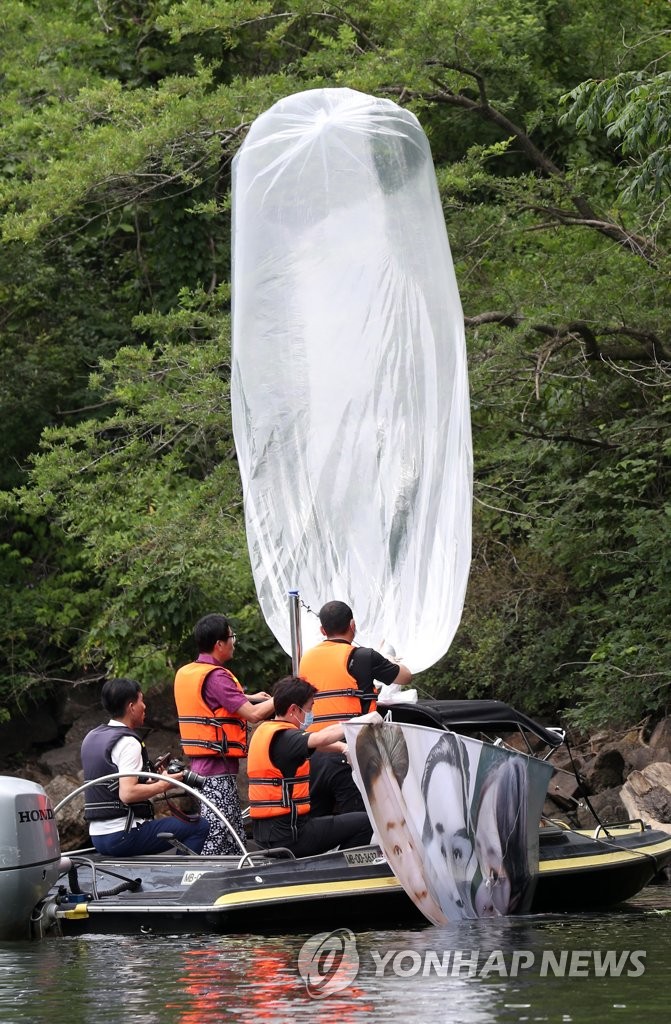