SEOUL, Jan. 22 (Yonhap) -- Hyundai Engineering & Construction Co., a major South Korean builder, said Friday it shifted to a net loss in the fourth quarter from a year earlier due to currency-related losses.

For the three months that ended in December, Hyundai E&C swung to a net loss of 122 billion won (US$110.6 million) from a net profit of 6.9 billion won in the same period of last year, the company said in a regulatory filing.

The company said the U.S. dollar's strength against the won mainly contributed to the loss. 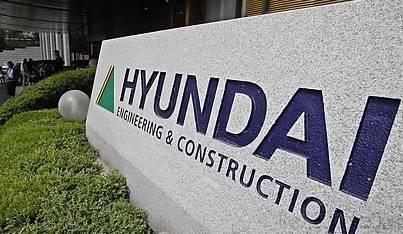 The dollar rose to an average of 1,188.54 won in the fourth quarter from 1,175.81 won a year ago. A weak won drives up the value of dollar-denominated debts when converted into the local currency.