Alvarado expressed his gratitude to South Korea for support related to the antivirus fight.

The government has provided the Central American nation with high-efficiency KF-94 face masks, worth a total of around US$1 million, and shared its virus control know-how. 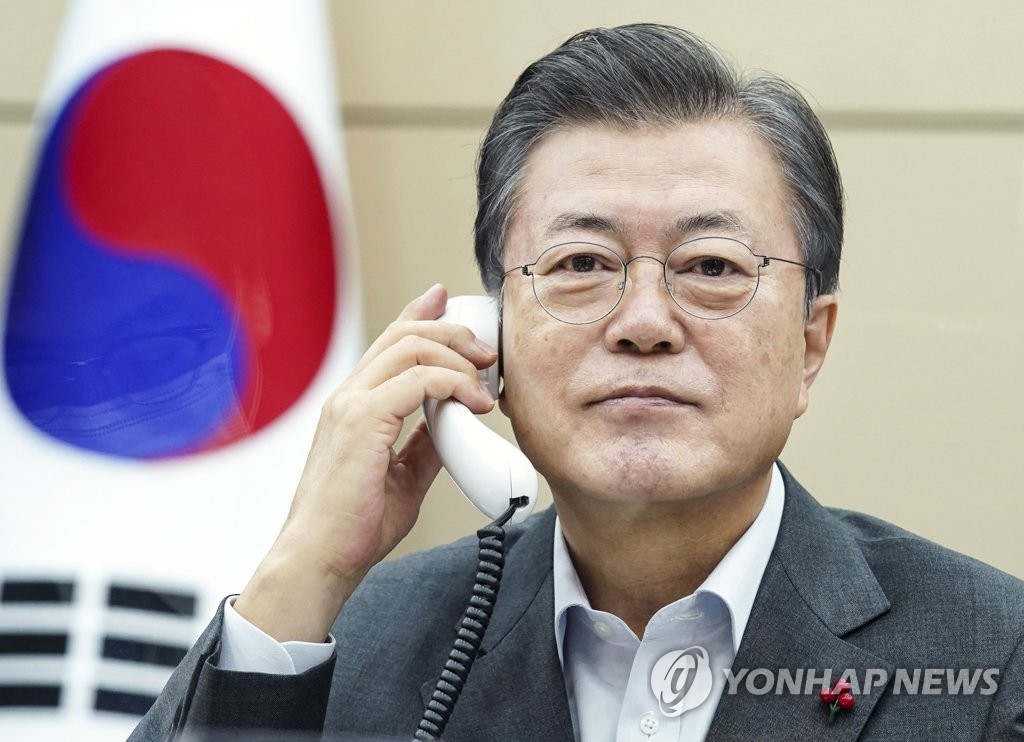 Costa Rica is pushing for the National Decarbonization Plan 2018-2050 with the aim of going carbon neutral by 2050. It focuses on expanding the use of renewable energy and supply of electric cars. The country also plans to build an electric train system in its capital area with a total budget of $1.55 billion. South Korea has formed a government-private consortium for a bid to participate in the project.

Moon told Alvarado that if his country teams up with the world's top-notch South Korean firms, it would serve as a "new turning point" in bilateral cooperation on decarbonization.

The Costa Rican leader invited Moon to visit his country, saying late former President Roh Moo-hyun was the last South Korean president to have done so. Roh traveled there in 2005.

He also asked Moon to join a summit of the Central American Integration System member states scheduled to be held in June.

Moon requested that Alvarado attend a P4G summit that South Korea plans to host in May. P4G stands for Partnering for Green Growth and the Global Goals 2030, a public-private initiative to tackle climate change and other sustainable development challenges.