Moon plans to reply it, expressing his commitment to making contributions so that this year's summit of the G-7 nations can produce a significant accomplishment, according to Cheong Wa Dae spokesman Kang Min-seok.

A presidential official later told reporters that they may construe the message as acceptance of the invitation.

In the letter to Moon, Johnson was quoted as pointing out that it is important for "the voice" of South Korea to be reflected in global efforts to terminate the COVID-19 situation and prevent another pandemic as well as to protect free trade and respond to climate change.

The prime minister earlier stated that Britain would play host to a physical summit session of the G-7 in June, with South Korea, Australia and India invited as guest nations.

Meanwhile, Johnson promised to attend the second P4G summit on green growth and sustainable development, which is supposed to take place in Seoul in May, Kang said at a press briefing.

Later in the day, Seoul's foreign ministry announced the launch of an interagency task force to prepare for the gathering, slated for June 11-13, and held its first meeting.

The meeting, led by Choi Kyong-lim, the sherpa to the G-7, took place to discuss key agenda items, such as public health, climate change and democratic values, that will be addressed at the summit, and to explore ways for Korea to make contributions related to those issues, the ministry said in a release. 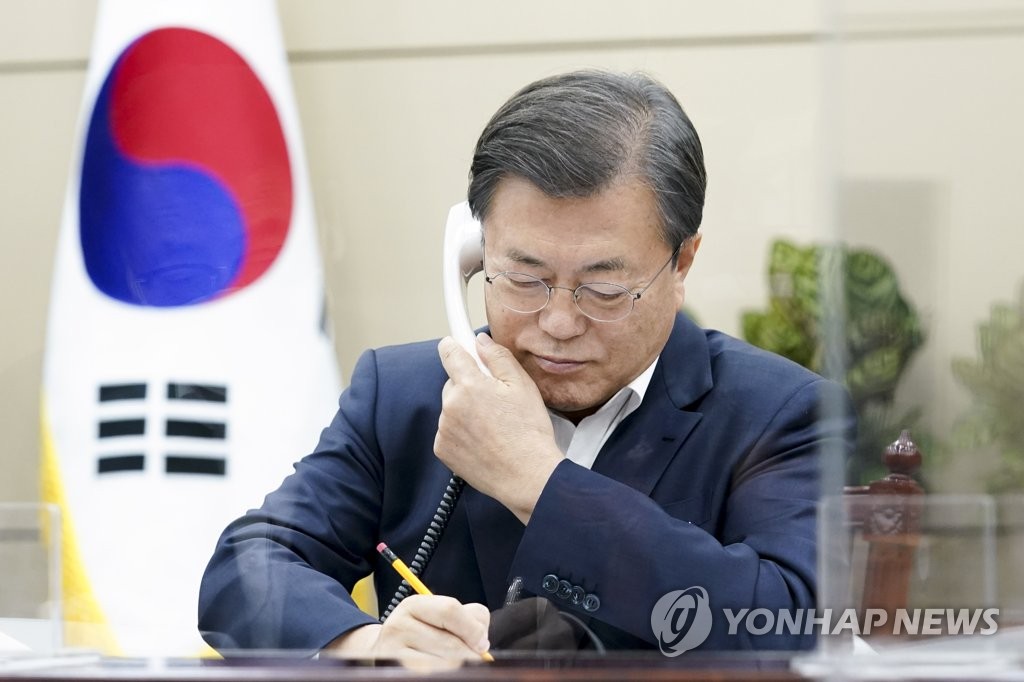