During a supreme council meeting, the DP decided to prepare to draft the so-called damage compensation bill, along with two companion bills -- an act on corporate profit sharing and a social solidarity fund bill -- DP spokesman Choi In-ho said.

The decision came amid growing complaints from owners of mom-and-pop businesses nationwide who were forced to shut down in line with state antivirus measures.

Last week, over 300 cafe owners filed a class-action lawsuit against the government, seeking 1.8 billion won (US$1.64 million) in damages for losses caused by the restrictions. Gym owners have lodged a similar suit. 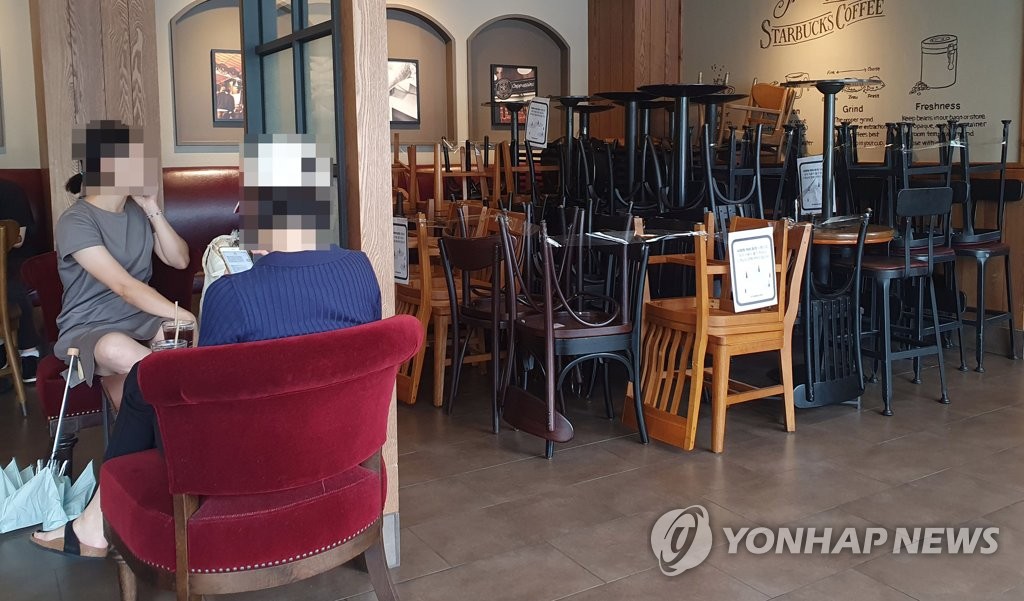 The government has issued several rounds of emergency handouts but those are widely seen as insufficient to cover fixed costs, such as rent and wages for employees.

The social solidarity fund revolves around supporting small businesses hit by the pandemic through a fund created with voluntary donations from corporations and the public.

"Members of the supreme council have reached an understanding on the need to increase the government's responsibility in covering losses due to the coronavirus," Choi said.

Chung added that several bills on supporting such businesses have already been presented, and said the DP's policy committee, as well as relevant parliamentary committees, will review them.

DP Chairman Lee Nak-yon said the party will work to increase the effectiveness of the bills and study ways to make them appealing through strong incentives.

Separate from the legislation plan, the DP also plans to review ways to offer more immediate support to small businesses that have taken hits from the state restriction orders.

More than seven out of every 10 small business owners saw their sales plummet in 2020 from a year earlier as social distancing took a toll on sales of restaurants, cafes and others, according to a recent survey commissioned by the Korea Federation of Micro Enterprise. 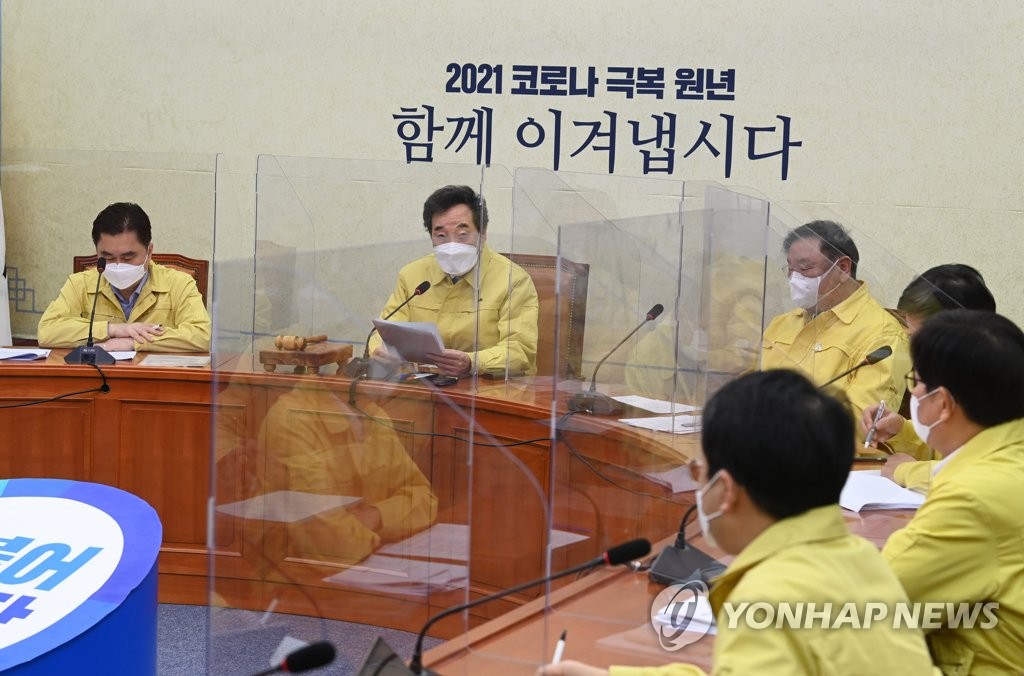