SEOUL, Jan. 22 (Yonhap) -- U.S. Forces Korea (USFK) on Friday imposed movement restrictions on all individuals affiliated with its air base in the western city of Gunsan due to the recent coronavirus outbreak there.

Under the order, travel to and from Kunsan Air Base is prohibited until Monday, though members can be granted exceptions "to perform assigned and authorized duties and missions only," USFK said in a Facebook post.

The directive came a day after three service members on the base tested positive for COVID-19.

One service member was confirmed to have been infected, then two of his colleagues tested positive after coming into direct contact with him, according to U.S. military.

Up until Friday, USFK had reported a total of 648 COVID-19 patients among its population.

USFK also has enforced a "shelter in place" directive through Sunday that calls on service members at the Yongsan garrison in central Seoul to stay at home except for necessary activities.

"These directives will prevent the potential spread of the virus while giving USFK the time to thoroughly complete its COVID-19 contact tracing," the post read.

Since last month, USFK has maintained the Health Protection Condition (HPCON) Charlie, or HPCON C, the third-highest virus warning level in its five-tier system, for all areas of South Korea. 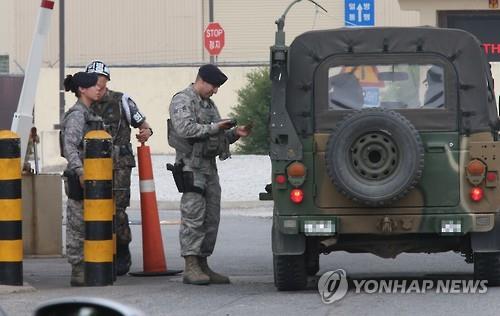