WASHINGTON, Jan. 22 (Yonhap) -- North Korea's nuclear weapons and proliferation activities pose a "serious" threat to peace and the new U.S. administration will come up with a strategy to keep the country and its allies safe, a White House spokesperson said Friday.

"Our president's view is, of course -- that is without question -- that North Korea's nuclear ballistic missile and other proliferation related activities constitute a serious threat to the international peace and security of the world," she told a press briefing.

"And we obviously still have a vital interest in deterring North Korea," she added.

Psaki said the administration will come up with a strategy to deal with the North, but will first review available options, including diplomacy, through consultation with U.S. allies, including South Korea.

"We will adopt a new strategy to keep the American people, and our allies safe. That approach will begin with a thorough policy review of the state of play in North Korea in close consultation with South Korea, Japan and other allies on ongoing pressure options, and the potential for any future diplomacy," she said.

"So I will say we will -- as we have historically -- the United States will work closely with partners in the region to determine a path forward and work together on deterrence," added Psaki. 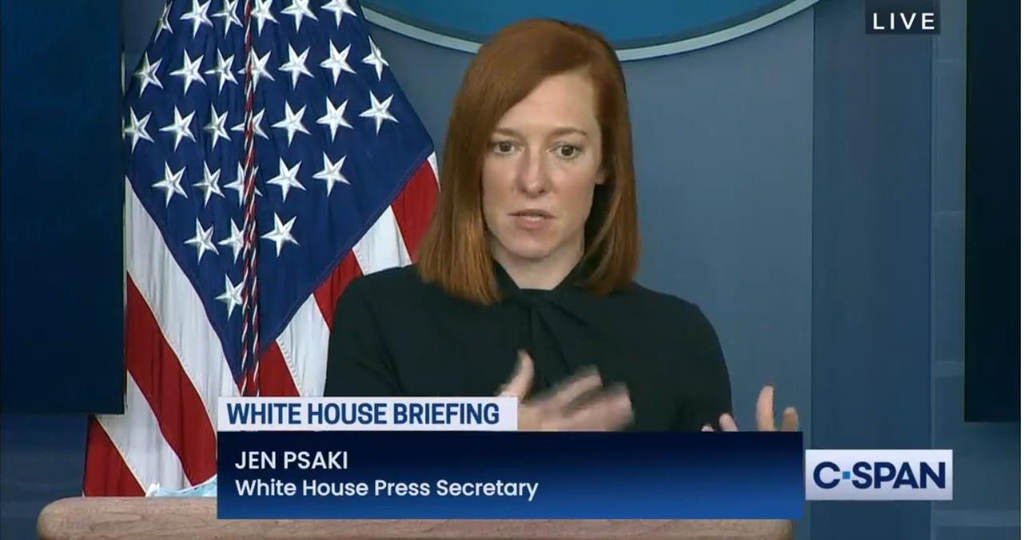