The 339-ton vessel capsized at around 4 p.m. in waters 1.11 kilometers southeast of the island, located some 400 km south of Seoul, with 10 crew members aboard -- nine South Koreans and one Indonesian -- according to the Coast Guard.

Seven of them, including the Indonesian, have been rescued, but search operations were still under way to find the three others, it said, adding that strong winds and high waves were hampering their efforts.

The Coast Guard and the Navy dispatched 24 patrol boats and two helicopters to the scene.

Minister of Interior and Safety Jeon Hae-cheol ordered the mobilization of all available resources for the search and rescue effort. 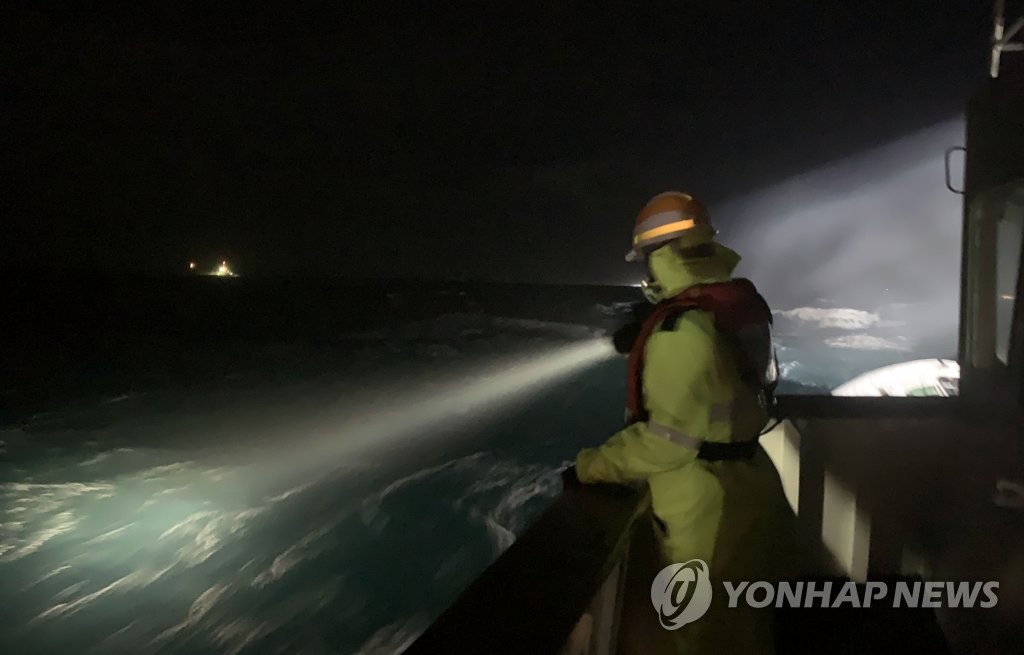