The country added 392 more COVID-19 cases, including 369 locally transmitted infections, raising the total caseload to 75,084, according to the Korea Disease Control and Prevention Agency (KDCA).

Sunday's daily caseload was down from 431 cases reported the previous day.

The third wave of COVID-19 infections here reached its peak on Dec. 25, with the daily tally reaching a record high 1,241 but has been showing signs of a slowdown since then. 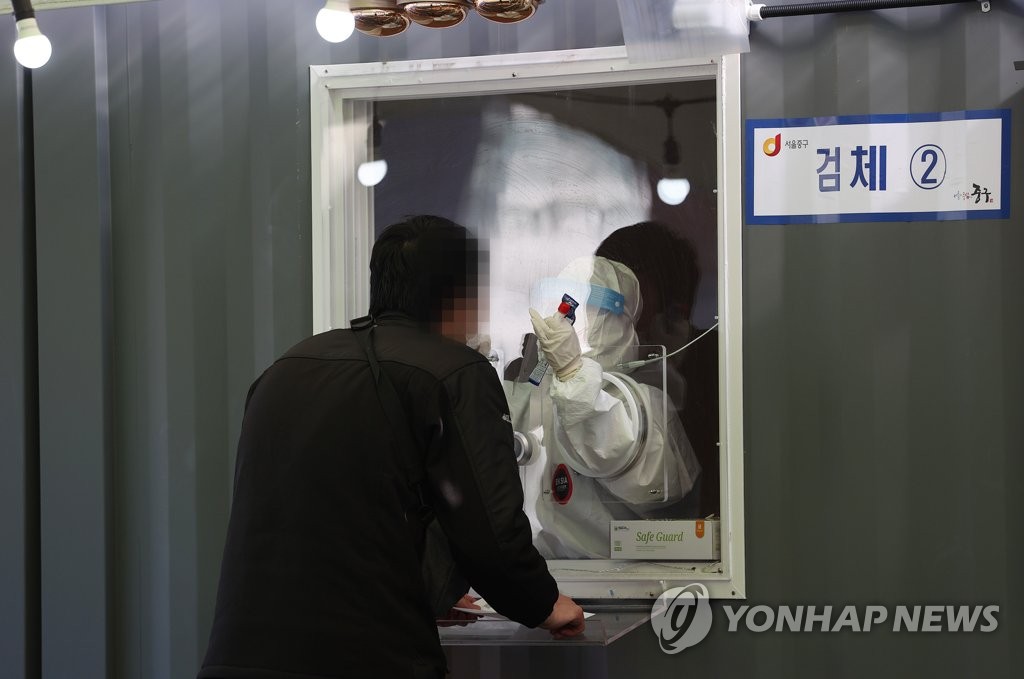 The daily figure stayed mostly in the 500s the week before it dropped to 389 on Monday and 386 on Tuesday. It slightly exceeded 400 on Wednesday and Thursday.

Although new infections appear to be slowing down, health authorities have been urging people not to let their guard down against the coronavirus due to various cluster infections across the country and rising concerns of coronavirus variants from Britain, South Africa and Brazil.

The authorities also said more than 20 percent of newly identified cases had unknown transmission routes over the past weeks. Also, fewer tests are usually carried out during the weekend.

The country extended its tougher social distancing measures for two more weeks until Jan. 31, while easing some restrictions on facilities, such as cafes, gyms and other indoor sites that have suffered revenue losses.

The ban on private gatherings of five or more people and the restriction on business operations after 9 p.m. have also been extended. But indoor gyms, cram schools and karaoke establishments are allowed to reopen on the condition that they strictly adhere to antivirus measures.

Authorities plan to closely monitor this week's infections to decide on whether to lower or maintain the current distancing measures. 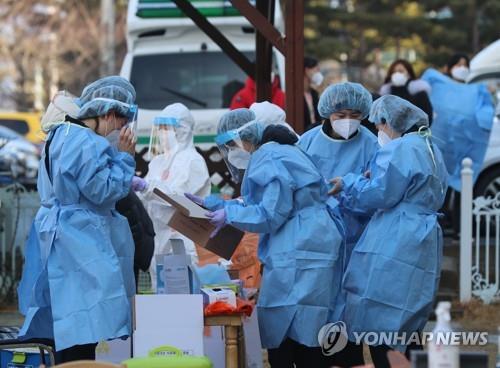 Of the 369 locally transmitted cases on Sunday, Seoul accounted for 133 cases, and the surrounding Gyeonggi Province took up 99. Incheon, west of Seoul, had 25 new cases. The greater Seoul area accounts for around half of the nation's 51 million population.

Outside of greater Seoul, the southeastern port city of Busan reported 19 additional cases, and South Gyeongsang Province and the southern city of Gwangju each added 17.

The number of cases linked to a church in Gwangju rose by 14 to 15, while infections tied to a nursing facility in Sunchang reached 119.

Among the confirmed cases, 23 came from abroad, the KDCA said.

South Korea has continued to strengthen monitoring of foreign arrivals as more transmissible variants could hinder the country's virus fight.

The country has so far confirmed 18 coronavirus variant cases on its soil, comprising 15 from Britain, two from South Africa and one from Brazil

The authorities reaffirmed Sunday that the COVID-19 vaccine developed by British-Swedish bio giant AstraZeneca Plc. will be provided in the first quarter of the year despite reports of a slowdown in an immunization schedule in other countries.

AstraZeneca has filed an approval of a two full-dose regime of its COVID-19 vaccine with the Ministry of Food and Drug Safety. The approval would mark the country's first immunization campaign.

The number of seriously or critically ill COVID-19 patients came to 282, down 15 from a day earlier.

The total number of people released from quarantine after making full recoveries was up 486 from the previous day to reach 62,530. 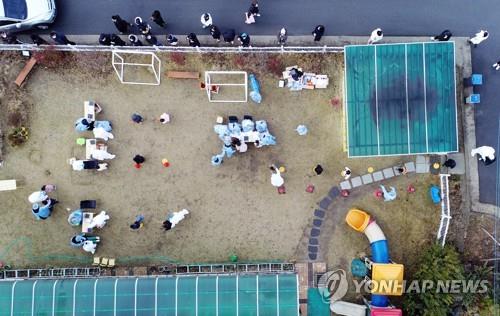