SEOUL, Jan. 25 (Yonhap) -- South Korea's daily new coronavirus cases bounced back to over 400 again on Monday due to a large-scale cluster infection linked to a religious training facility, as the country is set to decide whether to extend or lower its toughest-ever virus curbs this week.

The country added 437 more COVID-19 cases, including 405 locally transmitted infections, raising the total caseload to 75,521, according to the Korea Disease Control and Prevention Agency (KDCA).

The figure was up from 392 on Sunday. Last week, the daily infections reached 392.6 on average.

The rebound came amid an ongoing cluster infection at a religious educational facility in the central city of Daejeon, 164 kilometers south of Seoul, where 127 confirmed cases had been reported as of Sunday.

In South Korea, the third wave of COVID-19 infections reached its peak on Dec. 25, with the daily new cases touching a record high of 1,241. 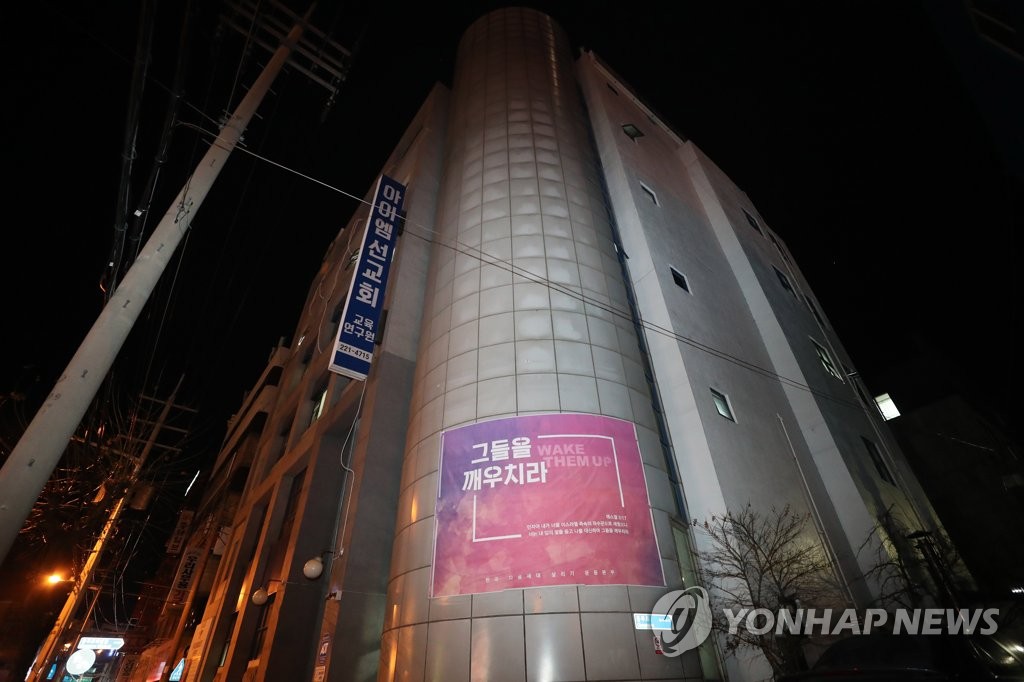 Later this week, health authorities plan to decide on the level of social distancing measures to be applied next week after monitoring the figure of new daily virus cases.

They have been operating the Level 2.5 social distancing scheme in the greater Seoul area, which is the second highest in the country's five-tier scheme, and Level 2 rules in other areas. The steps are slated to be applied till Jan. 31.

By region, 91 cases were reported in Seoul and 72 cases in Gyeonggi Province that surrounds the capital. Incheon, west of Seoul, reported 13 more cases. The three areas represent around half of the nation's population.

Daejeon reported its largest-ever number of daily infections at 125 due to the cluster infection.

The number of imported cases came to 32, up from 23 the previous day. They included five from Indonesia and four from Russia.

South Korea added 11 more deaths, raising the total to 1,360. The number of patients with serious symptoms across the country reached 275, down from 282 on Saturday.

The total number of people released from quarantine after making full recoveries moved up 426 to 62,956.