SEOUL, Jan. 25 (Yonhap) -- Unification Minister Lee In-young expressed hope Monday for a "wise" and "flexible" solution on whether to hold joint military drills with the United States so that the issue will not cause serious tensions on the Korean Peninsula.

Lee made the remarks during a press conference for the new year in Seoul, weeks after North Korea demanded an end to joint military exercises between South Korea and the U.S. as a major precondition for the improvement in inter-Korean relations.

"I anticipate that we will find a solution in a wise and flexible manner so that it won't lead to serious military tensions," Lee said.

Along with the coronavirus pandemic and the Tokyo Olympics, the two countries should also take into consideration the planned transfer of wartime operational control and the fact that the new U.S. government has not put together its Korean Peninsula policy, he said.

Seoul and Washington have held combined military exercises on a regular basis, and the springtime one is supposed to be staged around March.

North Korea has long demanded an end to such drills, and leader Kim Jong-un also repeated the call during a recent party congress, citing it as a crucial matter to improve cross-border ties. Seoul has said that it is willing to discuss the matter through a joint military committee with the North.

As for the outlooks for denuclearization talks and inter-Korean relations, Lee said that the next few months will be a critical period for South Korea to be able to create an atmosphere for progress, saying that his ministry should make all-out efforts to turn things around.

"It will inevitably take a certain period of time for the new U.S. government to complete its North Korea policy review and sit down with North Korea again" Lee said. "The next few months from now ... should be a time for our government to have to exercise our concentration and make last-ditch efforts.

"The unification ministry will also play an active and leading role in possible areas rather than waiting and seeing a change in situations," he added. "The ministry will make efforts to move the peace process forward trough dialogue and cooperation on co-existence this year." 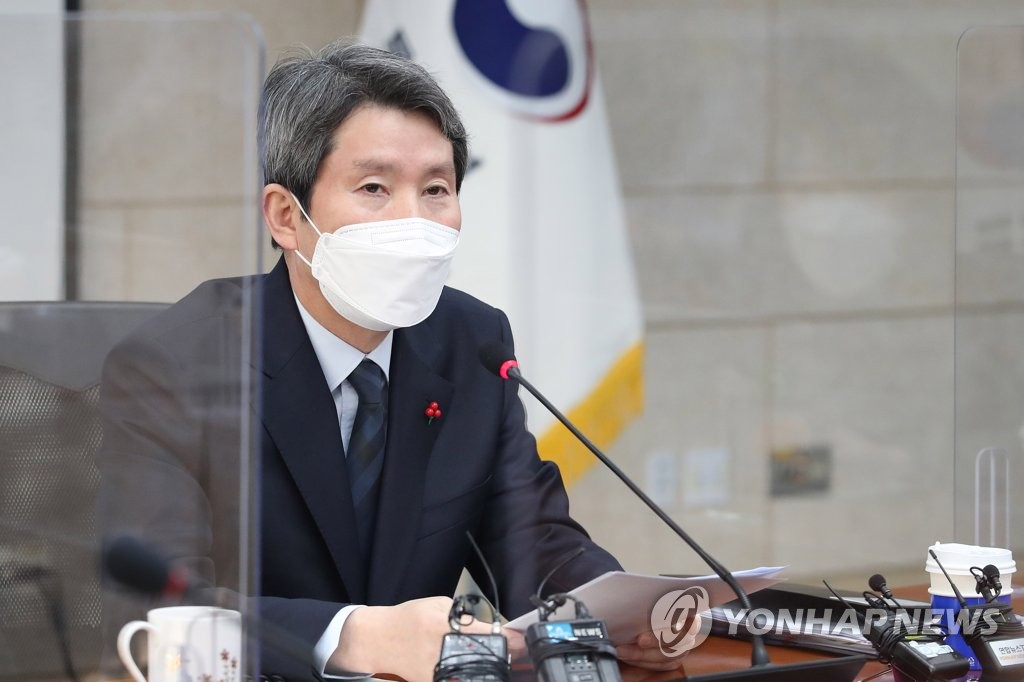 Nuclear talks have remained stalled since a no-deal summit between the U.S. and North Korea in 2019 as they failed to find common ground on how to match Pyongyang's denuclearization steps with Washington's sanctions relief.

Inter-Korean relations have also been frozen since Pyongyang blew up a liaison office in its border town of Kaesong and severed all cross-border communication lines in June last year in anger over leaflets sent from the South.

During a recently concluded party congress, leader Kim called for Washington to give up its hostile policy toward Pyongyang before seeking the resumption of talks. He also said any improvement in inter-Korean relations will depend entirely upon Seoul's attitude.

The minister said that his ministry aims to "normalize" the chilled inter-Korean relations this year by seeking to reconnect the severed communication channels and resume cross-border dialogue.

He, in particular, hoped to see the resumption of Red Cross talks between the two Koreas and discuss holding reunions of families separated by the 1950-53 Korean War on the Lunar New Year holidays next month.

He also noted that cooperation with the North against the global coronavirus pandemic could provide the two Koreas with a chance to meet and open the gate for co-existence and peace on the Korean Peninsula.

"All these attempts will improve not only inter-Korean relations but also help create an atmosphere for the resumption of talks between the U.S. and North Korea," he said. 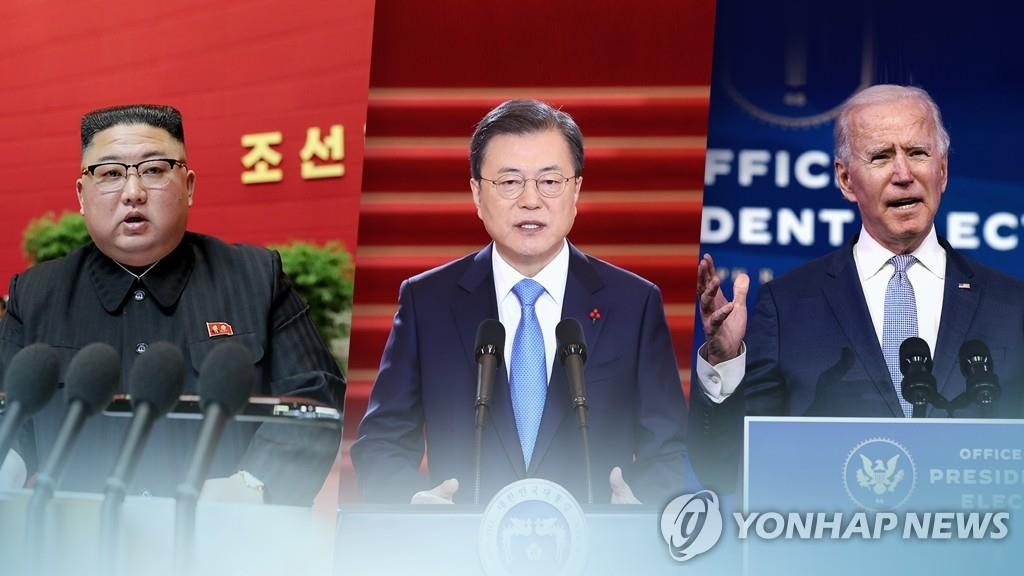 A high-level official also said that the possibility of the North's leader visiting South Korea within this year remains open, saying that "the promise" between the leaders of the two Koreas is still "valid."

President Moon Jae-in traveled to Pyongyang in September 2018 and had his second summit with Kim there. According to the declaration signed by the two leaders, Kim agreed to visit Seoul at an early date at the invitation of Moon.

"It would desirable for a visit to take place this year" because Moon's term ends next year, he said.

A summit could take place by video link, the official said, adding that the system for a virtual meeting is expected to be ready around April at the earliest.

She is likely to stay in charge of affairs in inter-Korean and U.S. relations, according to the official.

The official also said the North's silence on President Joe Biden's election could reflect its cautious appoach toward Washington, saying that it "could be a message in itself."

North Korean state media has remained mum on Biden's inauguration as of Monday.

"We could interpret it as saying (that the North is) keeping an eye on the United State's attitude and policy direction toward Pyongyang," he said.