SEOUL, Jan. 25 (Yonhap) -- South Korea has postponed its hosting of a high-level U.N. peacekeeping meeting, initially planned for April, to December due to the COVID-19 pandemic, the ministries of foreign affairs and defense said Monday.

The decision to reschedule the UN Peacekeeping Ministerial Conference for Dec. 7-8 came during the third session of a preparatory committee presided over by Foreign Minister Kang Kyung-wha and Defense Minister Suh Wook.

"Multiple U.N. member countries assessed that our decision on the postponement is a wise and prudent step, and they pledged to cooperate on the successful hosting of the conference," Kang said during the session.

"If we host this session successfully, we will be able to enhance the Republic of Korea's standing when we celebrate the 30th year since we joined the U.N.," she added.

"We, as a confident middle power country, should play a role as a bridge between developed countries and developing countries," he said.

"I think the conference this year will be a rare opportunity to highlight South Korea's capacity and role in the international community for the cause of international peace," he added.

The conference is a senior-level peacekeeping forum involving top diplomatic and defense officials from U.N. member countries, as well as civilian experts and heads of related international organizations. 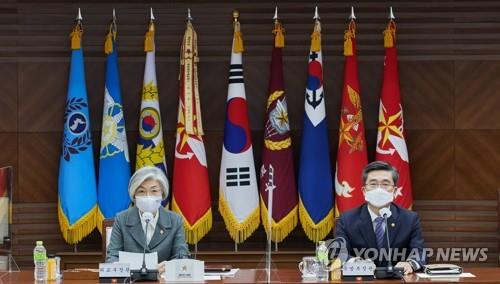