The National Human Rights Commission of Korea said it reached the conclusion after looking into allegations Park sexually harassed the former municipal government employee over several years until his death in an apparent suicide in July.

The announcement came after police wrapped up their probe into the case last month without seeking any indictments. 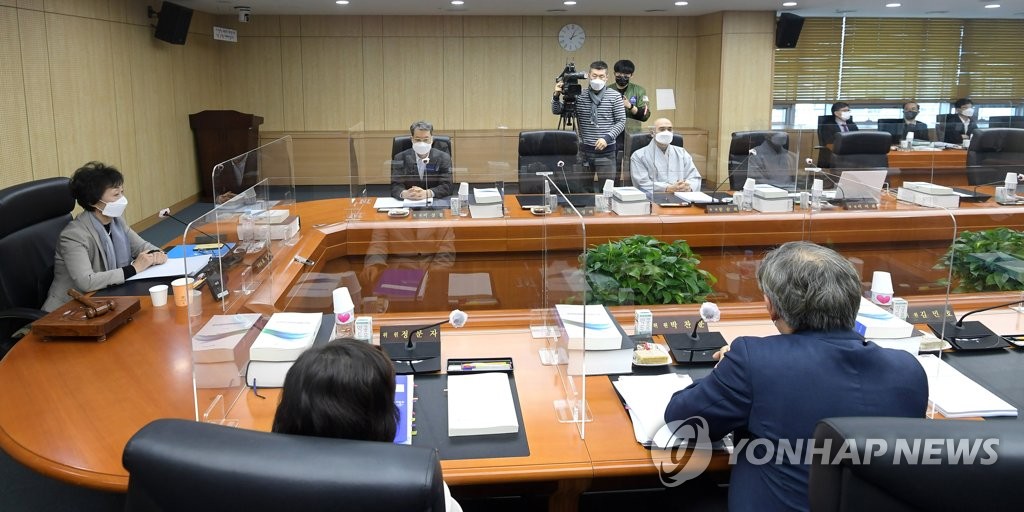 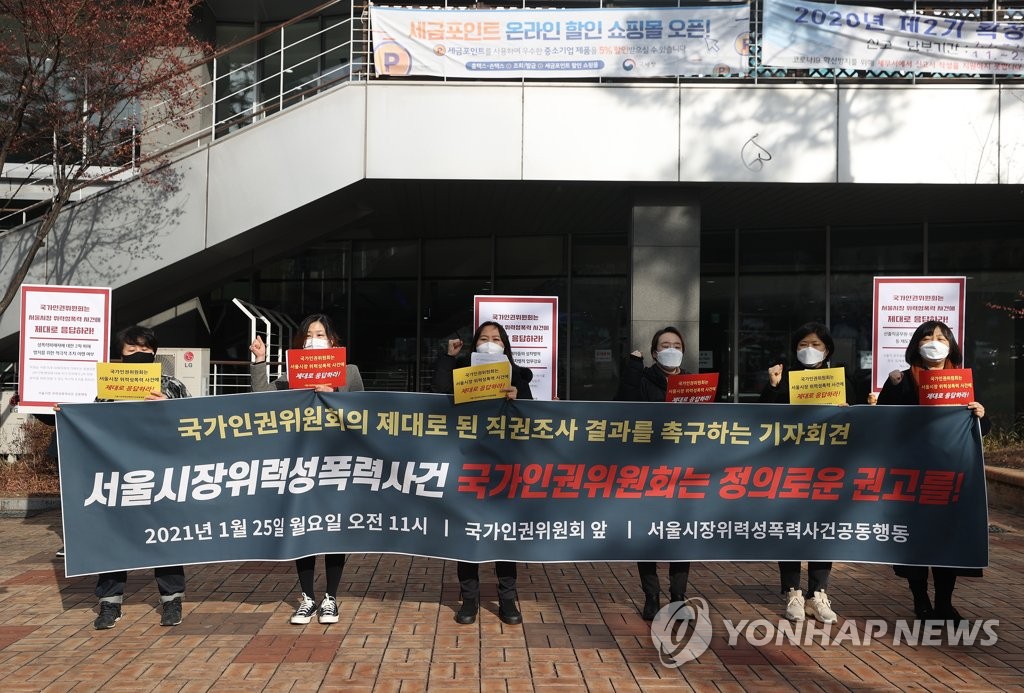 "The victim's claims that former Mayor Park sent inappropriate messages, photos and emojis to the victim late at night, and touched her polished nails and hands in his office, can be recognized as true," the commission said.

"Such actions by former Mayor Park are sexual speech and behavior that lead to feelings of sexual humiliation or disgust and amount to sexual harassment," it added.

The watchdog noted, however, that it could not verify the secretary's other claims in the absence of witness accounts or evidence, especially as it applied stricter criteria than in other sexual harassment cases due to Park being unable to defend himself.

The commission said it will make recommendations to the Seoul metropolitan government and relevant agencies on ways to protect victims and prevent the recurrence of similar incidents.

The decision was made during a plenary meeting of the watchdog's members, including its chief, Choi Young-ae. The investigation began in August.

The commission said it found no clear evidence of municipal officials condoning or abetting Park's sexual harassment. It was also unable to determine how information about the secretary's impending complaint to the police was leaked to the mayor before his death.

A civic group advocating for the victim said it is time for those responsible to be held accountable for the incident.

The group called on the ruling Democratic Party, with which Park was affiliated, to make a public apology to the victim and called for stern punishment for those who spread fake news about her on social media.

Early this month, the former secretary submitted a petition to the commission, stating her hopes for the results of the probe.

Also this month, the Seoul Central District Court sentenced a former municipal official to 3 1/2 years in prison for sexually assaulting the same woman.

In the first such acknowledgement, the court said the woman suffered "significant mental pain" as a result of Park's sexual harassment but laid the blame for her post-traumatic stress disorder on the former official. 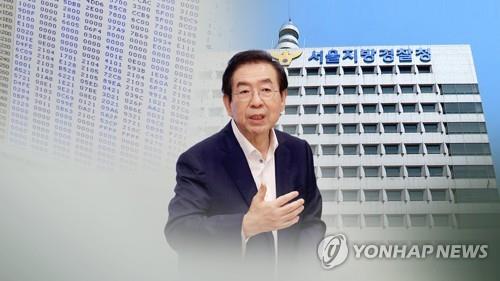