SEOUL, Jan. 26 (Yonhap) -- The number of cinema closures soared to a 12-year high in 2020 in the wake of the coronavirus outbreak, data showed Tuesday.

A total of 81 movie theaters closed shop across the nation last year, nearly double from the 43 shutdowns a year earlier, according to the data from the Ministry of the Interior and Safety.

The number was the largest annual tally since 2008, when 88 cinemas in Asia's fourth-largest economy went out of business amid the U.S.-originated global financial crisis.

In the Seoul metropolitan area, 27 theaters were shuttered, with the remainder reported in other parts of the country. The western port of Incheon alone posted 21 failures.

South Korean cinemas were battered by a series of strict social distancing measures in the country to prevent the spread of the new coronavirus, whose first case was reported in January last year. 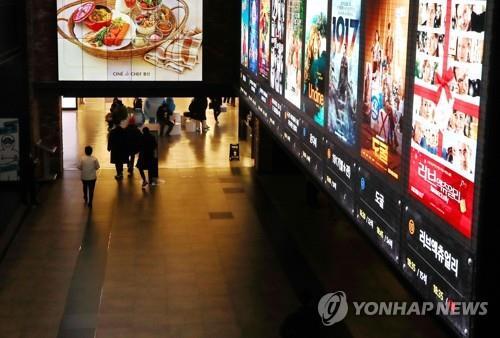