The deal includes acquisition of SK Telecom's 100 percent stake in the Wyverns as well as the club's properties and facilities. E-Mart will officially sign the main contract on Feb. 23.

Shinsegae said the club's new name and logo will be confirmed soon, before its official launch in March.

Shinsegae said it has been looking to acquire a baseball club for years after it found out baseball fans overlap with its major customer base on the online retail market.

"This acquisition is in line with Shinsegae Group's future strategy, which is to integrate online and offline marketing led by E-Mart and SSG.com," the group said.

Shinsegae said it will first try to make a baseball stadium as a "lifestyle center" where people can not only watch baseball, but also enjoy other services from the conglomerate.

The group also plans to expand baseball infrastructure with the club, including construction of multiuse facilities, in consultation with fans and community. 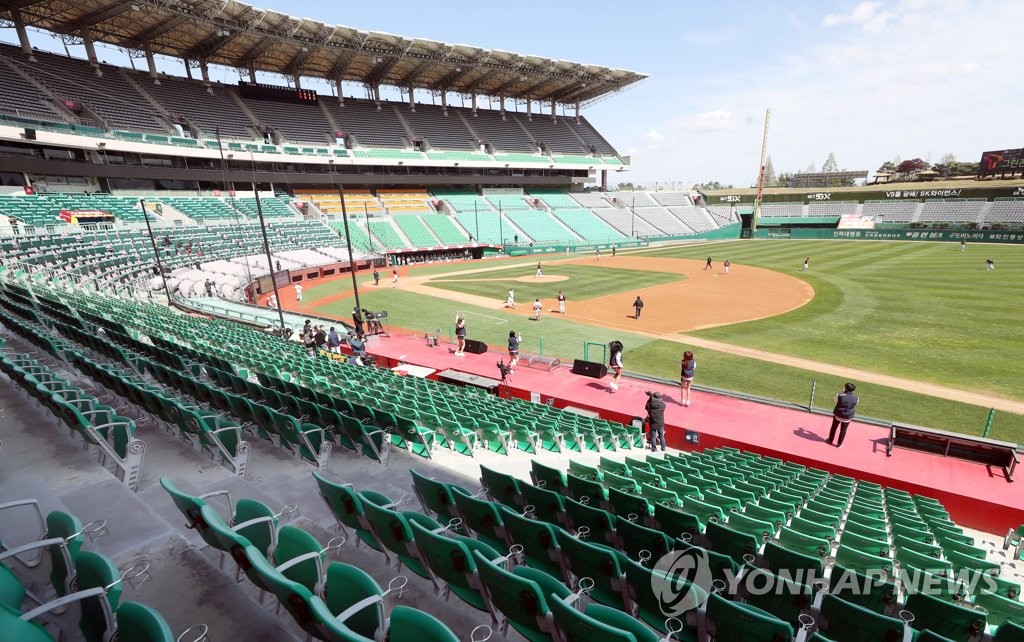 Based in Incheon, about 40 kilometers west of Seoul, the Wyverns joined the league in 2000 after taking over from the defunct Ssangbangwool Raiders.

The Wyverns have won four Korean Series championships, most recently in 2018. They played in six consecutive Korean Series from 2007 to 2012, tied with two other clubs for the longest such streak.

The Wyverns had a dismal 2020 campaign, however, finishing in ninth place among 10 clubs at 51-92-1 (wins-losses-ties), which included a 10-game losing streak in the season's first month.

Shinsegae Group Vice Chairman Chung Yong-jin is known as a baseball enthusiast. Shinsegae previously operated a women's pro basketball team, and it holds a 14.5 percent stake in another KBO club, the Samsung Lions.

The club's spring training starts next Monday, and the regular season is scheduled to begin on April 3. Shinsegae will have some paperwork to handle over the next couple of months.

The proposed deal will be up for approval by the KBO board of governors, made up of club CEOs, with a two-thirds vote required for the green light.

Once the transaction is passed by the board, the new ownership group will have to pay a league entry fee.

The entire Wyverns team, from players to coaches to front office staffers, will remain in place, Shinsegae said.