SEOUL, Jan. 26 (Yonhap) -- When the SK Wyverns joined the top South Korean baseball league 21 years ago, they performed exactly how first-year teams are expected to: not very well. 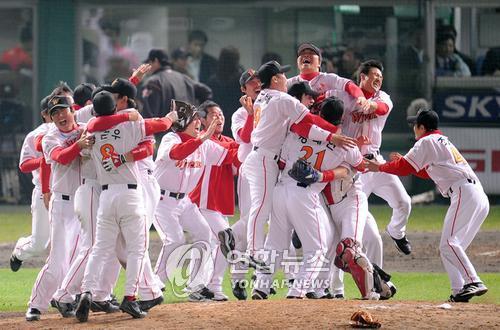 Just two seasons removed from their fourth championship in 2018, the Wyverns will now undergo ownership change, with E-Mart Inc., the country's biggest discount store chain run by the retail giant Shinsegae, announcing Tuesday that it will buy the club from the top mobile carrier SK Telecom for 135.2 billion won (US$122 million). The transaction will be finalized on Feb. 23.

It's the latest chapter in the history of a franchise that overcame humble beginnings to scale great heights before falling back down in the past two years.

The Wyverns came into existence after SK Group took over the cash-strapped Ssangbangwool Raiders and inherited their players for the 2000 season. The newly-named the Wyverns relocated from the southern town of Jeonju to the western metropolitan city of Incheon. 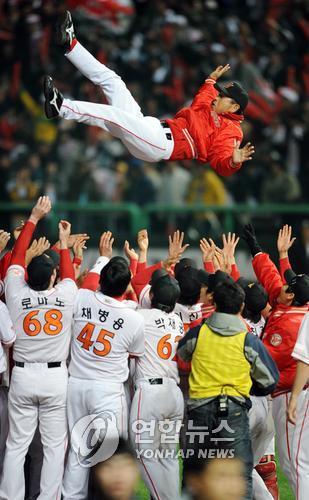 They still had much the same linup from the Raiders team that won just 28 out of 132 games in 1999. The Wyverns improved to 44 wins in 2000 but still finished dead last among eight clubs.

That would be the Wyverns' lowest point, though. The only way for them to go was up, and up they went.

They reached the Korean Series by their fourth season in 2003. And their dynastic run began in 2007 with their first Korean Series title under the stewardship of manager Kim Sung-keun.

A grizzled, no-nonsense skipper who ruled with an iron fist, Kim led the Wyverns to two more championships in 2008 and 2010.

They boasted All-Star and MVP-caliber players all over the field. On the mound, left-hander Kim Kwang-hyun, currently with the St. Louis Cardinals, took the KBO by storm as a rookie sensation in the postseason in 2007 and then won the regular season MVP in 2008. 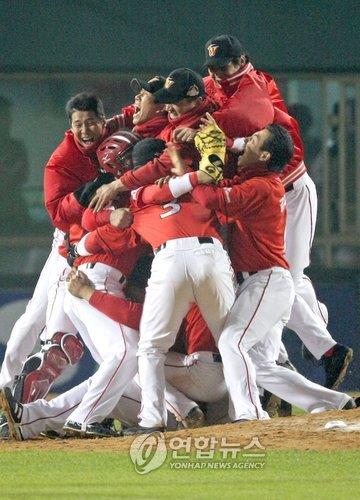 They earned their fourth championship in 2018, under American manager Trey Hillman. He became the first foreign skipper to win a Korean Series title and then went back home to the United States.

Over those successful years, the Wyverns also stayed ahead of the curve with their marketing.

They removed seats from the upper section of the left field at SK Happy Dream Park and built "Green Zone," a backyard-like, grass seating area where fans can bring their tents to camp out. Out in right field is the "Barbecue Zone," sponsored by their future owner E-Mart. Fans who reserve tables in that section can rent grills to cook up their choice of meat during games, with the smell of sizzling "samgyeopsal" (pork belly) wafting through the air. The Wyverns also built a swimming pool and children's playground in the concourse of the stadium for young families.

In 2016, the Wyverns installed the league's largest scoreboard, dubbed Big Board. 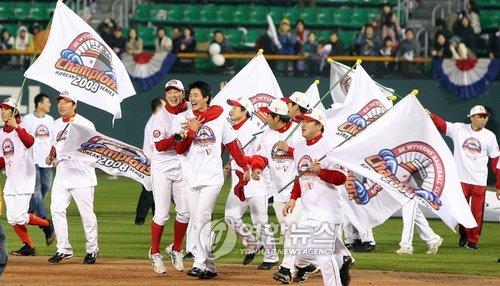 On the field, the Wyverns have been going downhill since Hillman's departure.

Under new manager Youm Kyoung-youb, the Wyverns led the league for most of the 2019 season in their title defense, only to lose a shot at a bye to the Korean Series with a late-season swoon. Forced to play an extra round in the postseason, the Wyverns lost to the Kiwoom Heroes in the penultimate stage.

They stumbled out of the gate in 2020. They lost 10 games in a row in the season's first month in May and never recovered. Youm dealt with health problems that caused him to fall unconscious during a game in June. He was hospitalized for weeks and his attempt to return to the dugout lasted just five days at the beginning of September. The Wyverns finished in ninth place among 10 clubs, with a winning percentage of .357 -- their lowest since the .338 mark in their inaugural, 2000 season. 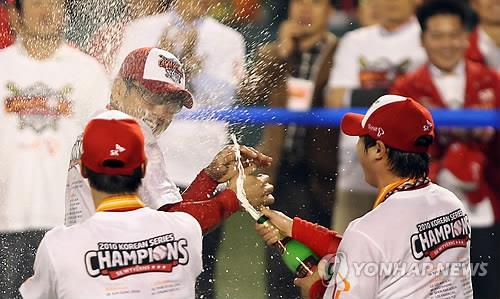 Youm resigned and gave ways to former Wyverns' pitching coach, Kim Won-hyoung. The Wyverns also named new a CEO and new general manager. They were busy in the offseason, importing two new pitchers in Artie Lewicki and Wilmer Font and acquiring veteran infielder Choi Joo-hwan via free agency. Right-handed reliever Kim Sang-su arrived in a rare sign-and-trade with the Kiwoom Heroes. The Wyverns appeared primed for a fresh start in 2021. 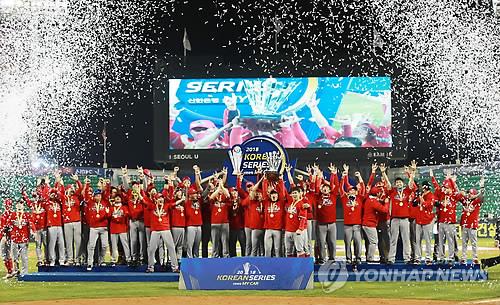 Then on Monday, a week before the start of spring training, SK and Shinsegae dropped a bombshell by disclosing that they were engaged in talks on the sale of the ball club. Then the deal was announced the following day.

It wasn't immediately clear what the new team will be called or if color schemes of their current jerseys will be altered.

Nonetheless, changes, they are a-comin'. 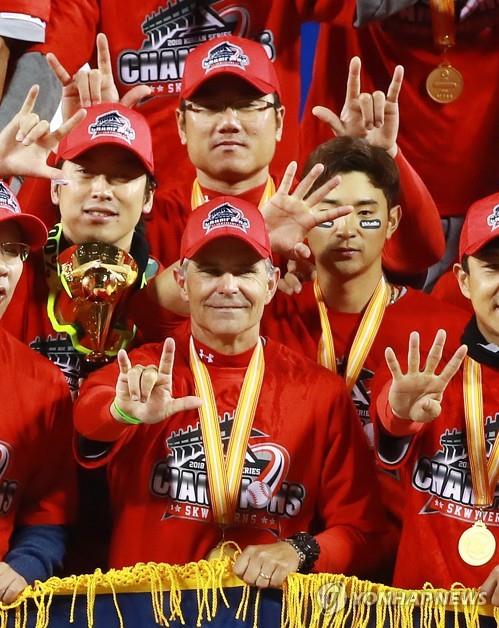