Total credit card and mobile transactions on the delivery services reached an estimated 12.2 trillion won last year, up 75 percent from 6.95 trillion won in 2019, according to the data from industry tracker WiseApp. 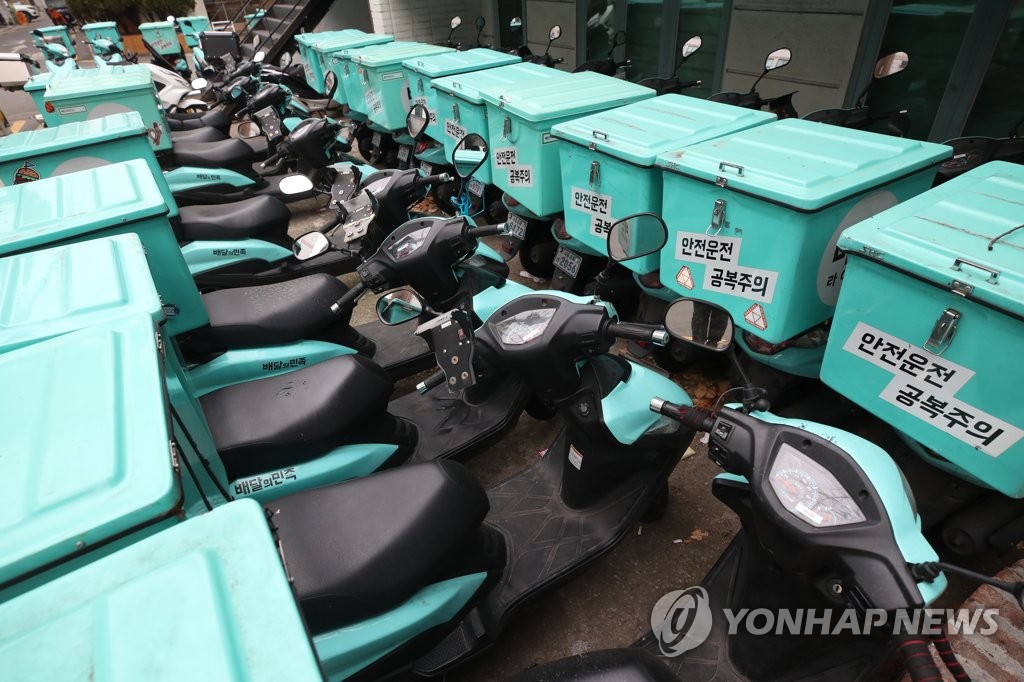 Baedal Minjok users reached 13.73 million last month, followed by Yogiyo at 7.17 million and Coupang Eats at 2.58 million, according to WiseApp.

Delivery Hero has said it expects to receive final approval for the deal in the first quarter this year.