SEOUL, Jan. 26 (Yonhap) -- The South Korean baseball club SK Wyverns are trying to keep things business as usual for upcoming spring training, despite news coming out of left field that they'll have new ownership by the start of the regular season in April.

The retail giant Shinsegae Group announced Tuesday its discount store chain E-Mart will purchase the Wyverns from SK Telecom, the country's top mobile carrier, for 135.2 billion won (US$122 million). Word of their negotiations leaked to the media on Monday and caught players, coaches and front office staffers from the Korea Baseball Organization (KBO) club off guard. Some said they found out about ongoing talks from news articles. 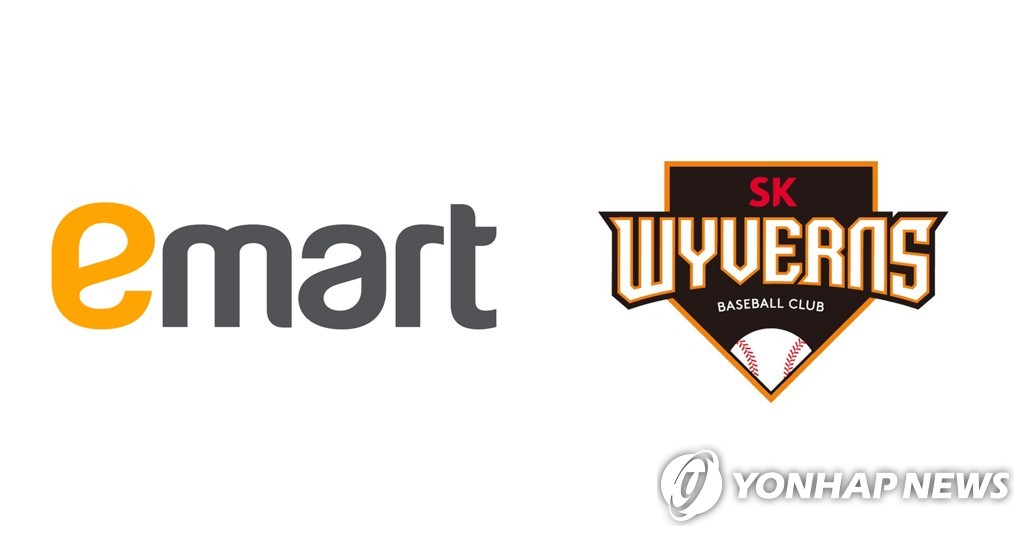 The Wyverns, based in Incheon, about 40 kilometers west of Seoul, had just announced their roster for spring training earlier Monday. The four-time Korean Series champions are scheduled to open camp next Monday on the southern island of Jeju. Though this is already a revamped ball club coming off a ninth-place finish in 2020 -- with a new field manager, a new general manager and a new CEO in place -- having a new owner was probably the last thing on players' minds.

"I've been proud of being a member of the SK team, and that history is gone in a blink of an eye," one veteran player said of the club that has been in existence since 2000. "I think a lot of my teammates would feel the same way." 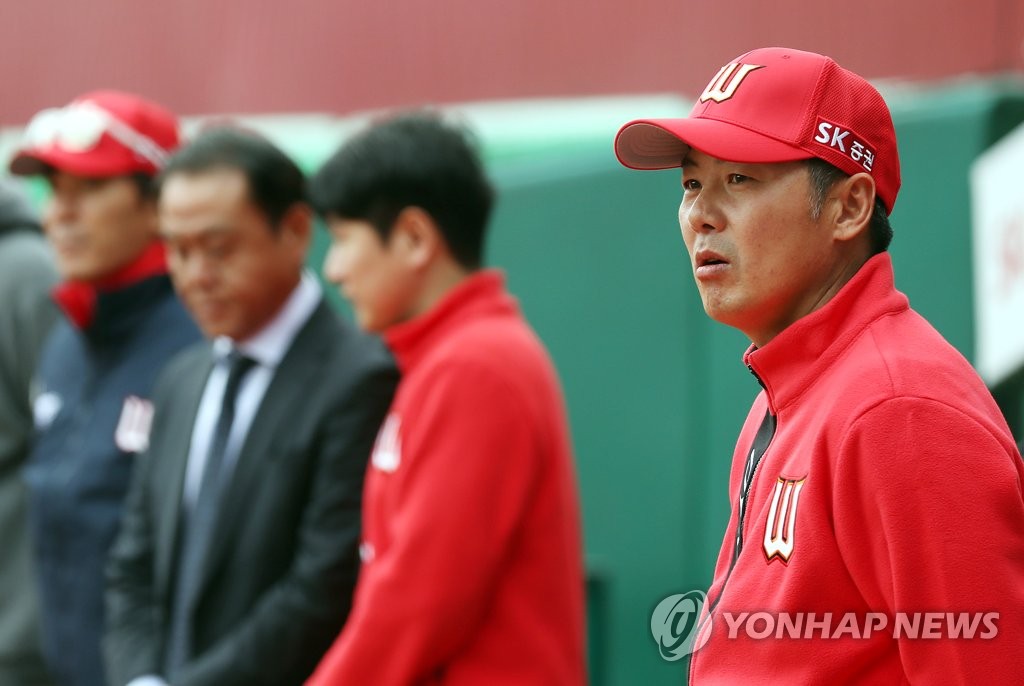 Manager Kim Won-hyong, who took the reins in November, admitted Tuesday the news of the sale hadn't hit him.

"To be honest, it breaks my heart," said Kim, an original member of the Wyverns from the 2000 season who retired as a Wyvern in 2011. "A lot of our players are already down in Jeju to train. When our camp opens, I'll talk to the guys and get them settled down. Our goal for the new season doesn't change."

Despite the prevailing sense of panic and confusion over the sale -- SK Telecom or its parent SK Group had no major financial trouble to speak of -- the Wyverns still have to take care of business on the field.

Shinsegae tried to assuage concerns over uncertainty by announcing Tuesday that the entire Wyverns squad, from players to coaches and front office staffers, will remain in place. 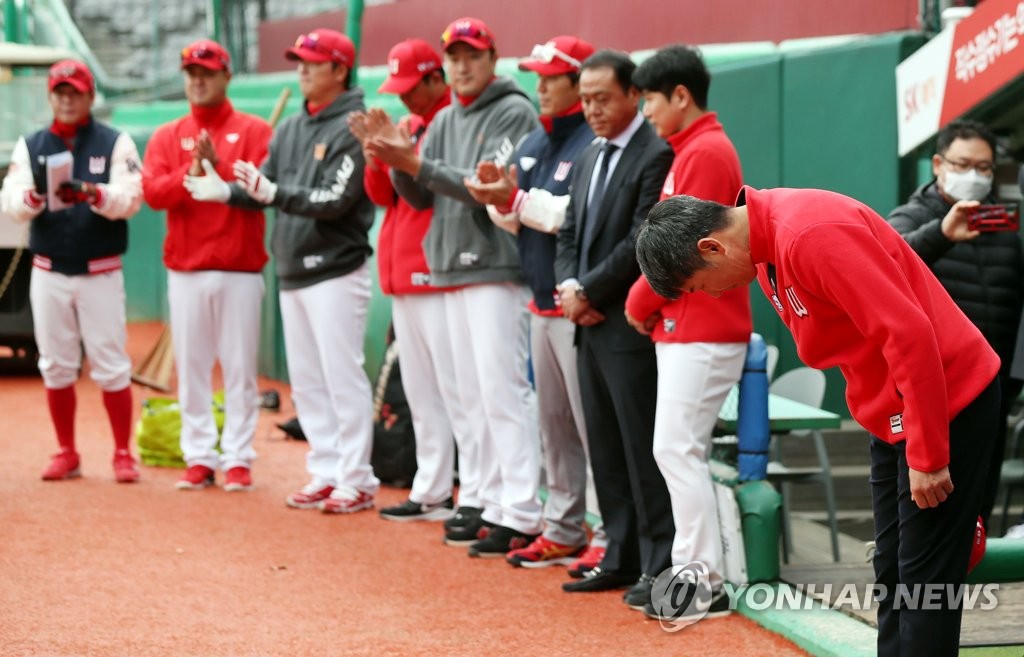 New manager Kim should stay put. But the status of CEO Min Kyung-sam and General Manager (GM) Ryu Sun-kyu, who were both named to their posts in November, could be a different story.

In the KBO, front office executive positions are often filled by those sent in from the team's parent corporation. Shinsegae may feel compelled to have its own people in decision-making positions in a fresh start.

The other side of that argument with the Wyverns is that Min and Ryu should be able to provide some much-needed stability during the chaotic takeover process, because they both have long histories with the club and know the team inside out. Min, a former KBO player, was the Wyverns' GM from 2010 to 2016. Ryu has been in their front office since 2001 and has handled marketing, public relations, player development, strategic planning and data analysis. 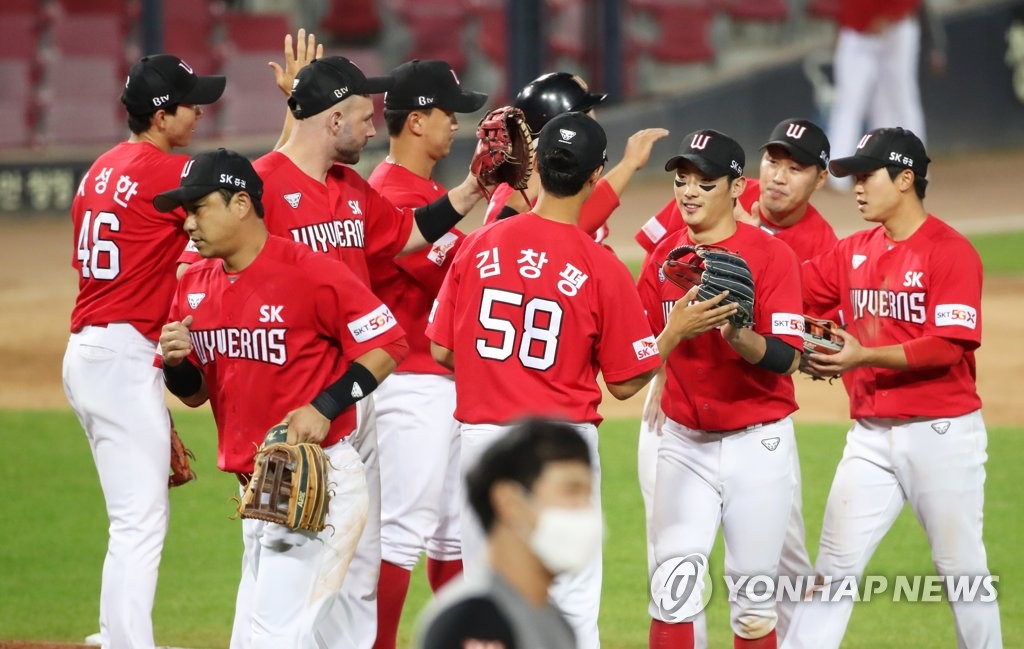 Shinsegae Group will not have enough time to get necessary paper work done and receive the KBO's formal approval of the sale. The team will still be the SK Wyverns next month, but come March, Shinsegae will start working on a new team emblem and perhaps even a new nickname.

Minutes after Shinsegae announced the deal, SK Telecom released a "Thank You" letter for their fans.

"We at SK Telecom cherish every moment we've shared with our fans over the past 21 years," the letter read. "We've now chosen to go in a new direction to contribute to the development of professional baseball in Korea and sports in general."

SK Telecom also asked fans to continue to support the ball club under new ownership, and that the team's goal of trying to win championships won't change. 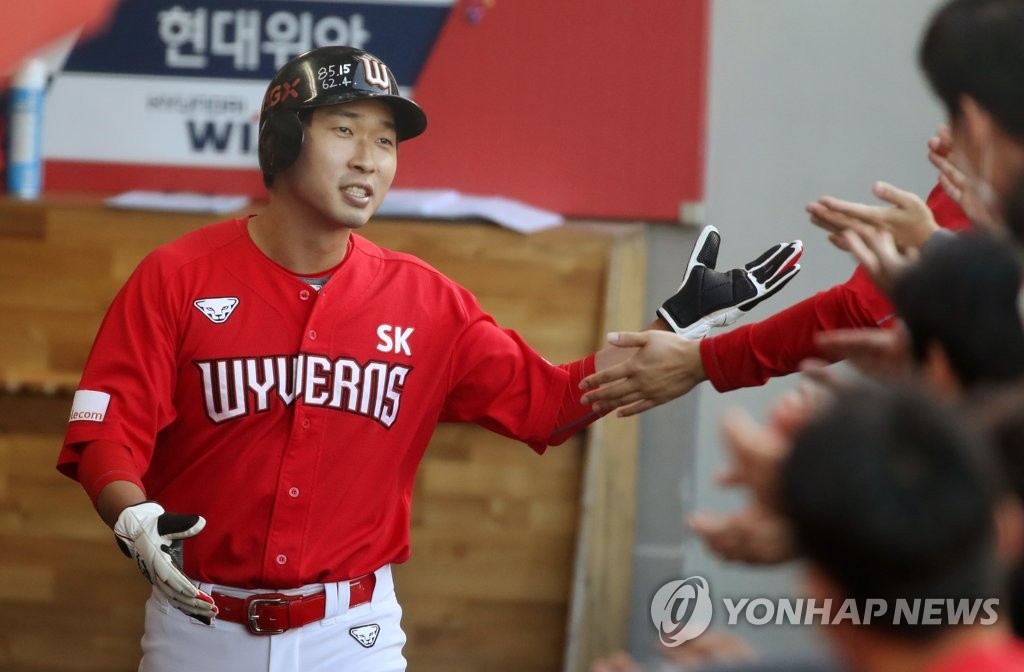