Net profit for the three months ended in December jumped to 1.37 trillion won (US$1.24 billion) from 772 billion won in the year-ago period, Hyundai said in a statement.

"Increased sales of high-end models, such as the GV80 SUV and the G80 sedan, propped up the quarterly net result," the statement said.

For the whole of 2020, net income fell 34 percent to 2.11 trillion won from 3.18 trillion won as the COVID-19 pandemic weighed on global vehicle sales. 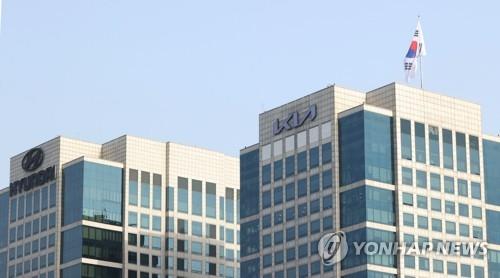