The Ministry of Gender Equality and Family on Monday announced its basic policy plan for 2021-2025 to recognize unconventional types of families and guarantee the same rights and protection for them.

Under the plan, the ministry seeks to revise related laws like the civil law and other welfare acts to re-define the concept of family, as most of such laws stipulate the term family as a unit formed by marriage, blood and adoption.

The ministry said its long-term policy plan is aimed at encompassing those people outside marriage, such as cohabiting couples or single-member families, who have been sidelined from the government-led welfare programs and legal protection.

It held an online public hearing on Tuesday to gauge public opinion as a first step and will discuss the issue with other government ministries to revise the laws.

The move came as the traditional forms of the family system have weakened in recent decades in South Korea, while a growing number of people do not get married.

According to recent data, the percentage of families with parents and unmarried children decreased to 29.8 percent in 2019 from 37 percent in 2010. Instead, new types of families, such as one-person households, have increased to a large extent.

Only 48.1 percent of people aged 13 and older think they must get married, according to a 2018 government survey. It marked the first time for the proportion to drop below 50 percent. 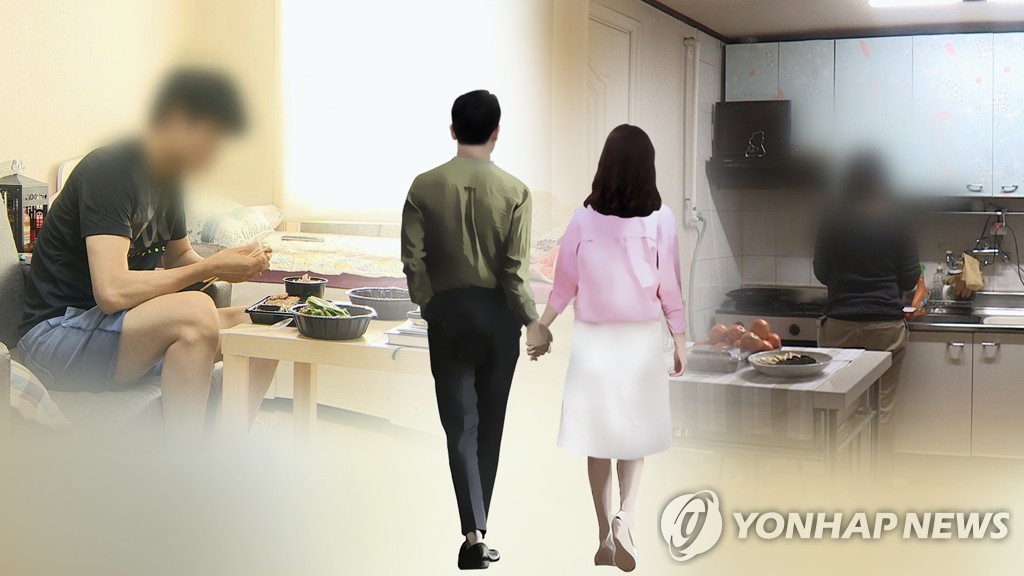