SEOUL, Jan. 27 (Yonhap) -- LG Display Co., a major display panel maker in South Korea, on Wednesday said it shifted to a net profit in the fourth quarter of 2020, on the back of increased demand of its panels for IT products and sales of OLED displays amid the pandemic-induced stay-at-home trend.

LG Display reported a net profit of 621 billion won (US$561.2 million) for the October-December period, swinging from a loss of 1.81 trillion won a year earlier.

Operating income for the fourth quarter was 685.5 billion won, compared with a loss of 421.9 billion won a year ago, the company said in a regulatory filing. Sales rose 16.2 percent on-year to 7.46 trillion won.

Both operating profit and sales were higher than the market consensus of 377.3 billion won and 7.25 trillion won in a survey by Yonhap Infomax, the financial arm of Yonhap News Agency.

LG Display, the world's largest OLED TV panel maker, attributed its improved performance to increased demand of its display products amid the rising trend of remote working and distance learning caused by the novel coronavirus pandemic.

LG Display added that solid sales of OLED panels for TVs, supported by full operation of its plant in Guangzhou, China, and increased production of plastic OLED panels also helped the company to enhance its profitability. 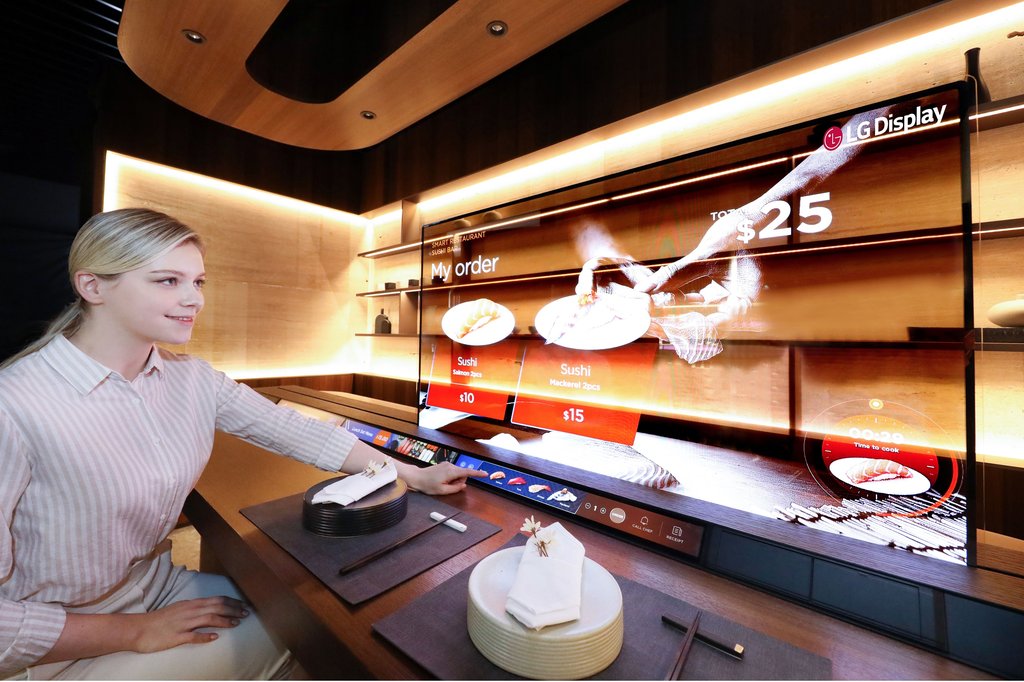 In a conference call, LG Display said it aims to roll out 7-8 million units of OLED TV panels this year.

The company said it could expand large-size panel production at its plant in Guangzhou, China, after monitoring the market situation in the current quarter.

For the first quarter of 2021, LG Display said its panel shipment area is likely to be similiar to that of the fourth quarter, but its blended average selling price is expected to drop.

Regarding the LCD business, the company said the market will be affected by Chinese manufacturers' 10th generation LCD plant operations and that it will flexibly cope with the production plan of its LCD factory in Paju, north of Seoul.