SEOUL, Jan. 27 (Yonhap) -- South Korea welcomes the inauguration of U.S. Secretary of State Antony Blinken and expects that the alliance with the United States will develop further, the foreign ministry said Wednesday.

"We expect the South Korea-U.S. alliance to develop further with the inauguration of the new secretary, who has ample experience and excellent leadership with a deep understanding of the bilateral relations and the Korean Peninsula issues," Choi said.

Blinken won the Senate confirmation on Tuesday (U.S. time) as the country's new top diplomat in a 78-22 vote, about two months after he was named to lead the State Department.

During his Senate hearing, Blinken said the Biden administration will work with traditional allies, such as South Korea, to restore U.S. global leadership.

He also said the new administration will review the country's "entire approach and policy" toward North Korea and find a way to bring the country back to the negotiating table in close consultations with Seoul and other allies. 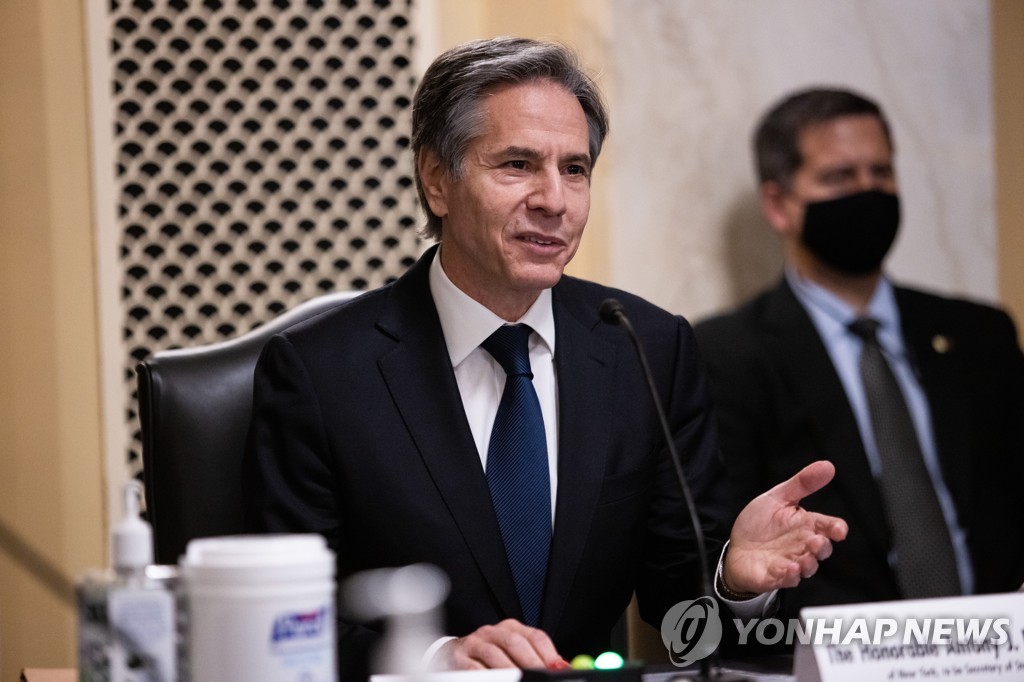