SEOUL, Jan. 27 (Yonhap) -- Spring training in South Korean baseball starts in less than a week, and the Kiwoom Heroes remain the only club not to have filled all three foreign player slots for the 2021 season.

In the Korea Baseball Organization (KBO), clubs can each acquire up to three players from overseas, with a maximum of two pitchers and at least one position player. All 10 clubs so far have signed two foreign pitchers each, and the Heroes have yet to find a new import bat for this year. 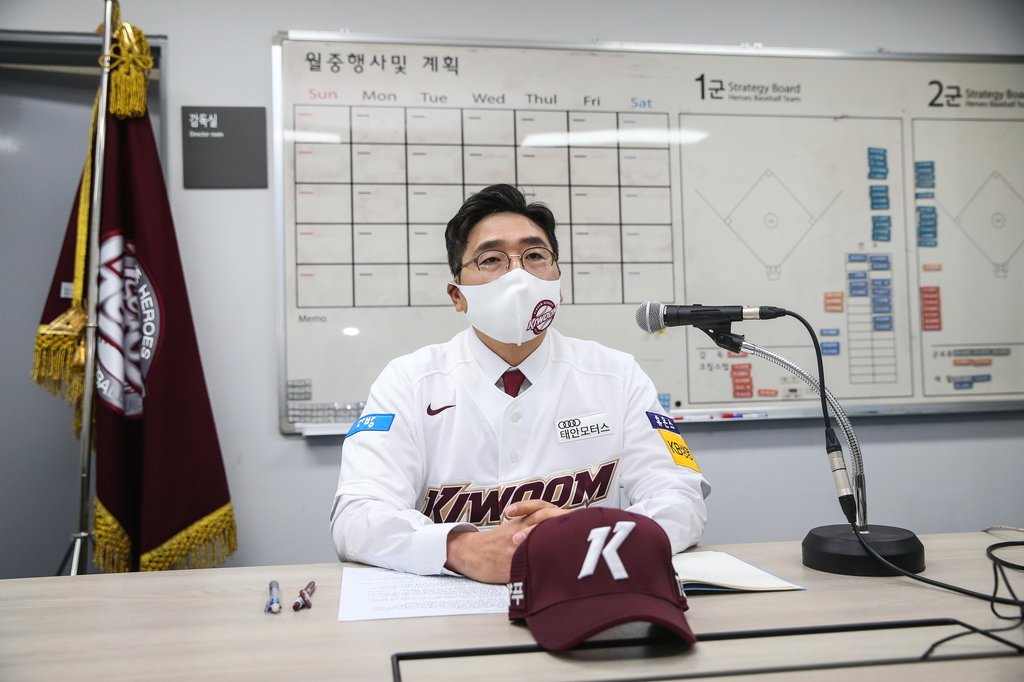 The Heroes will open camp next Monday at their home park, Gocheok Sky Dome in Seoul, and it's not ideal that they are missing a foreign hitter this late in the offseason.

Even if the Heroes were to sign someone this week, that player won't be available at the start of camp. During the coronavirus pandemic, all international arrivals into South Korea must serve 14-day quarantine. A few clubs have already brought in their foreign players to time their quarantine, so that they'll be ready to report to camp starting Monday.

In that sense, the Heroes are already behind.

But Uhm Hong, the Heroes' top official in charge of foreign player signings, said Wednesday he has expanded the pool of candidates, hinting that it could be a while before the team acquires a new batter.

"We're already running late, and we decided we might as well spend extra time trying to find a player that can really help us," Uhm said. "So we're looking at players that weren't initially on our list.

Uhm joined the Heroes last fall after handling foreign player scouting for the Doosan Bears over the past five years. Uhm had a successful track record with the Bears, with his acquisitions such as right-handers Michael Bowden and Chris Flexen, infielder Nick Evans and designated hitter Jose Miguel Fernandez helping them win championships. The Heroes will need some of Uhm's magic.

The Heroes' their new manager, Hong Won-ki, said earlier this week that he had asked the front office not to rush into any decision.

"If we end up making a rash choice because we're pressed for time, then things will get even worse from there," Hong said Monday during his introductory press conference. "I asked the management to take their time to do their due diligence and find someone who can fit into our team. I'd like to have someone before Opening Day (on April 3) at the latest."

Asked if he had any specific defensive position in mind, Hong said offense will take precedence over fielding. 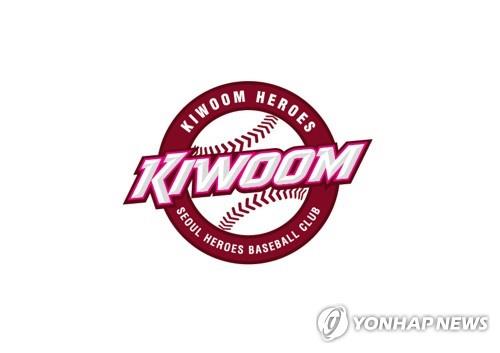 "I said we should prioritize power hitting and ability to hit in clutch situations over fielding," Hong added.

The Heroes received horrendous performances from their two foreign batters last season. During the winter, they let go of slugging outfielder Jerry Sands, the RBI king from the 2019 season, and signed utility man Taylor Motter to the cheapest contract handed to a foreign hitter for 2020, at US$350,000.

They barely got what they paid for, as Motter batted only .114 with a home run and seven RBIs in 10 games. He was released at the end of May. 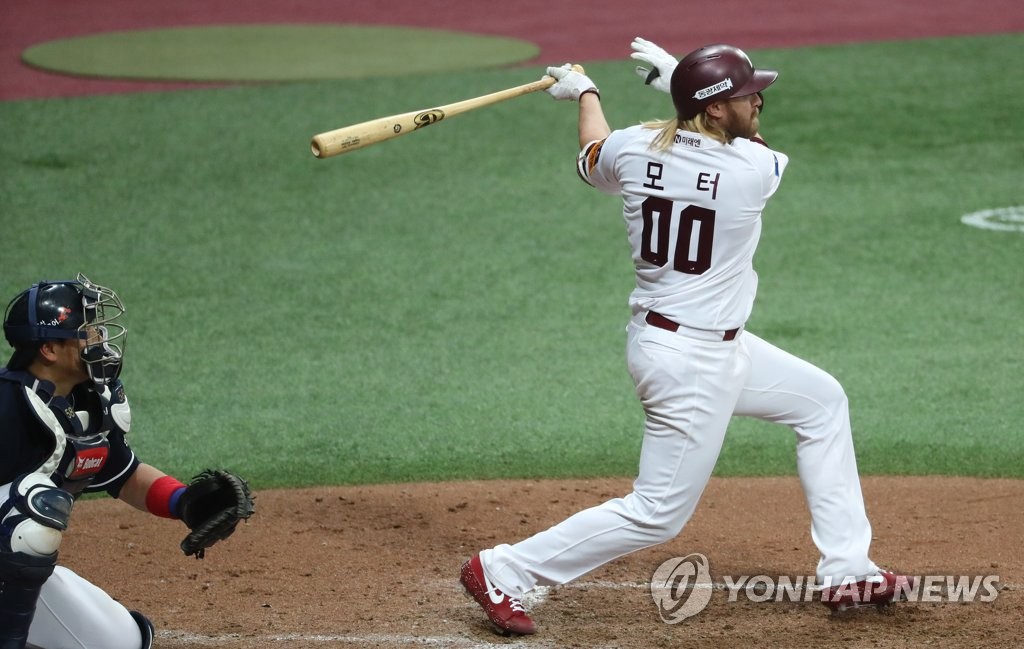 As Motter's replacement, former National League All-Star Addison Russell arrived with much fanfare, but he, too, was a disappointment. He batted .254 with two homers and 31 RBIs in 65 games while playing shoddy defense at shortstop.

The Heroes ranked in the middle of the pack in team slugging percentage last season with Kim in the fold. Hong said he is confident he'll have enough internal options to fill Kim's void.

As for the potential power outage from the lineup, Hong said, "I understand fans would like to see more home runs. We'll have to focus on assets that we have and prepare for the season accordingly." 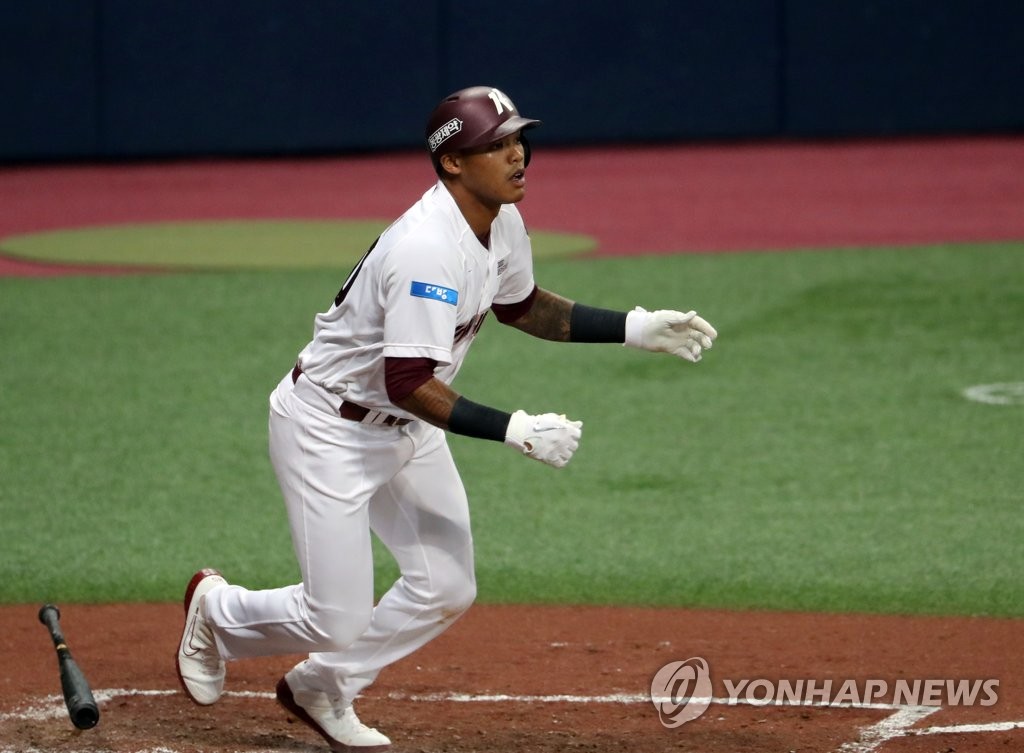