According to Cheong Wa Dae, the Chinese leader also said that Beijing and Seoul would be able to discuss the Comprehensive and Progressive Agreement for Trans-Pacific Partnership (CPTPP), a 11-party free trade agreement in the Asia-Pacific region.

CPTPP is the renegotiated version of the Trans-Pacific Partnership (TPP) led by the U.S. Obama administration but abandoned by the previous Washington administration under President Donald Trump.

The new U.S. administration under President Joe Biden may join the CPTPP, and Washington also may ask Seoul to become a member of the trade deal in a bid to build its own trade and supply chain network.

Moon replied by saying that South Korea is "actively reviewing" joining the agreement with interest.

In response to Moon's invitation of Xi to the second P4G summit on green growth and sustainable development, scheduled to take place in Seoul in May, the Chinese president said he will "seriously consider" participating.

A senior presidential official told reporters that Cheong Wa Dae will also pursue arranging phone talks between Moon and Biden as soon as possible, explaining that Suh Hoon, Cheong Wa Dae's director of national security, and his U.S. counterpart, Jake Sullivan, have shared the idea of seeking phone talks between the two leaders in the near future.

Moon and Biden previously spoke to each other over the phone after Biden won the presidential election in November. 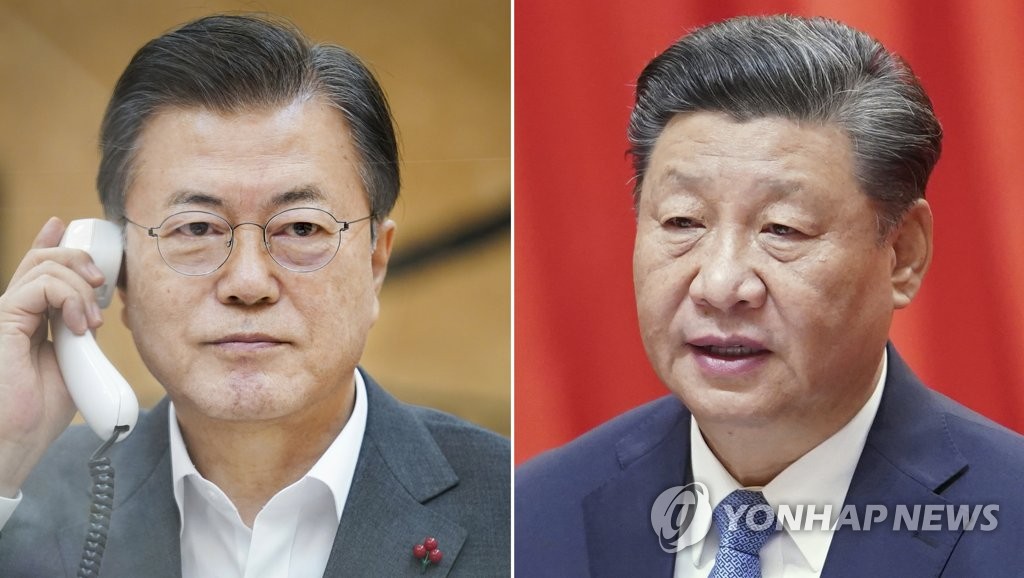