He was delivering a special speech at an online meeting of the World Economic Forum (WEF) as part of its Davos Agenda Week event.

He enumerated Seoul's policy measures to help households and businesses that have suffered a heavy blow from the virus spread, including three batches of emergency cash handouts and financial support to protect jobs.

In addition, the government and the National Assembly are discussing two other systems, he added. One is to compensate the self-employed and small business owners for their losses incurred due to strict social distancing restrictions, and the other is to offer incentives to major firms for contributing some of their increased profits voluntarily to a fund for others that have suffered damages. 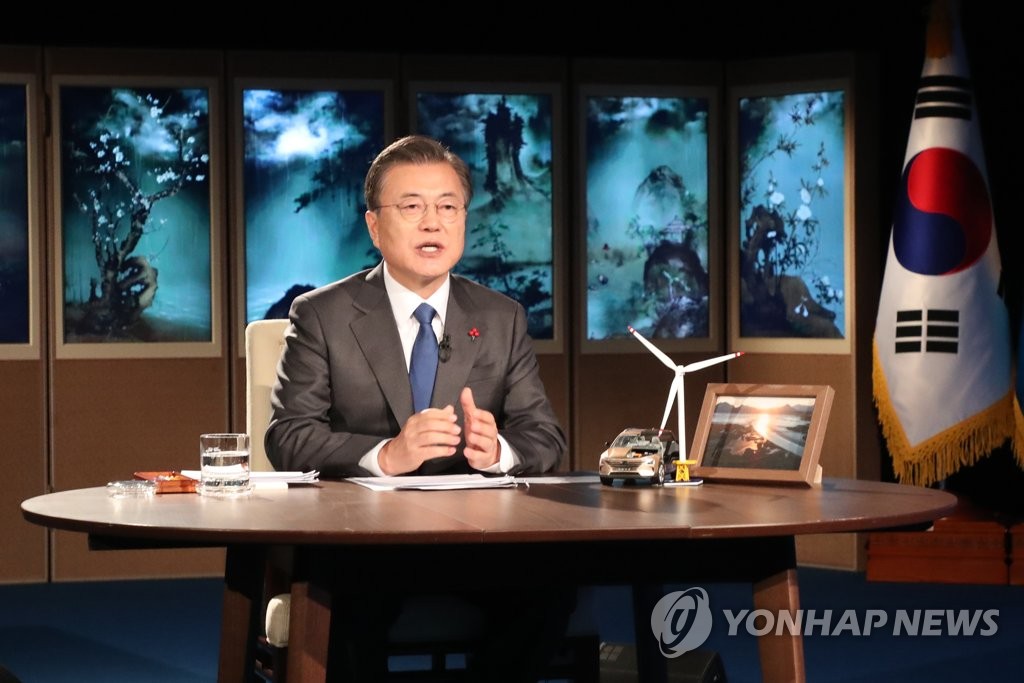 "We have yet to pool more wisdom on concrete ways, but if implemented, they would be able to serve as an inclusive policy model to overcome infectious disease disasters, like the coronavirus, together," the president said.

He also mentioned the Korean-version New Deal project aimed at expanding employment and social safety nets and achieving an inclusive recovery from the coronavirus crisis.

The so-called K-New Deal focuses on fostering the digital and environment-friendly sector via massive government-private investments.

Moon requested that international companies pay attention to South Korea as a "test bed" for new products and technologies with IT and green industries combined.

"As confirmed by the fact that South Korea has never blockaded its border and territory (during the coronavirus pandemic), it is a safe and stable investment destination, above all," he stressed.

Speaking separately at the end of the meeting, Moon also said South Korea's economic recovery is expected to be faster and stronger once the New Deal program gets under way in earnest, according to Cheong Wa Dae spokesman Kang Min-seok.

On the anti-virus fight, Moon emphasized the importance of international solidarity and cooperation, which he described as the strongest weapons.

Even in the case of herd immunity, it should be reached in all nations for its sustainable and full-scale effects, he was quoted as adding. He said some countries are taking an "egotistic" attitude over the supply of vaccines to curb their exports.

Attendees at the WEF session included U.N. Secretary-General Antonio Guterres and CEOs of major global enterprises as well as representatives from foreign governments and media. 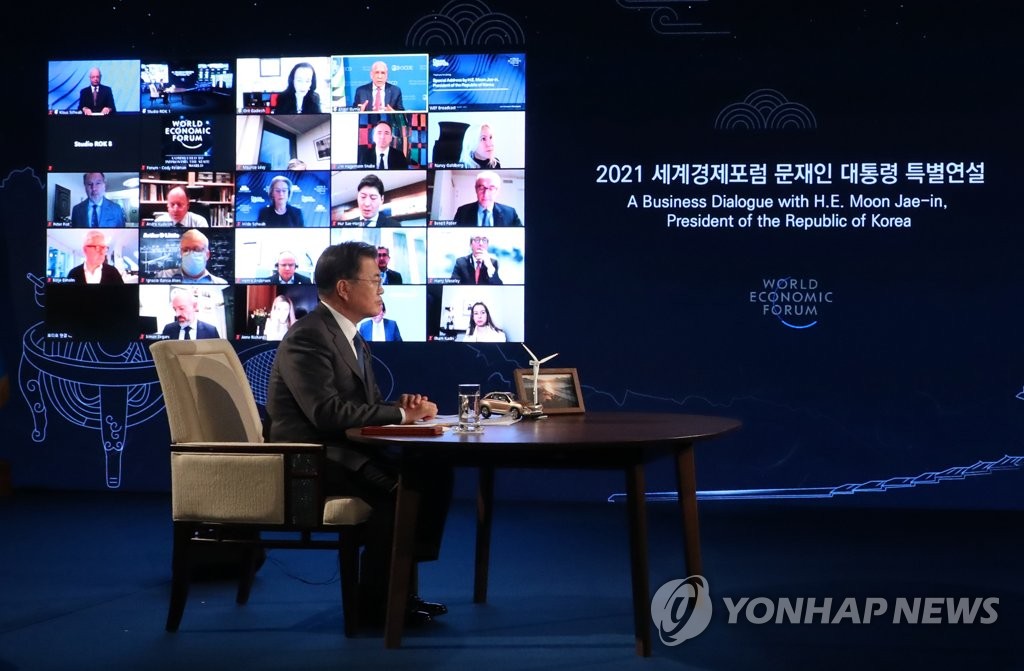