During the visit to Dongbu Detention Center in southeastern Seoul, Park told reporters that he chose the facility as his first stop because the public's welfare depends on controlling the coronavirus pandemic. 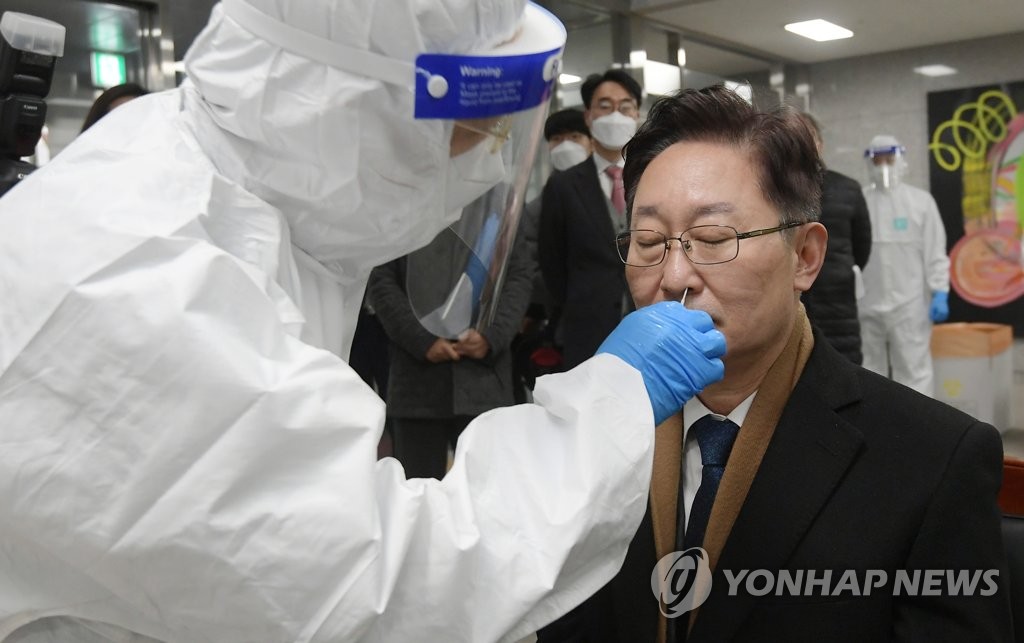 "I'm worried that the virus situation is getting worse again after getting better," he said. "I plan to focus judicial administration on the field."

The lawmaker of the ruling Democratic Party also stressed the importance of prosecution reform, suggesting he will discuss the next reshuffle of senior prosecutors when he meets with Prosecutor General Yoon Seok-youl.

Park got a COVID-19 test upon arriving at the detention center, and the result came back negative.

During a meeting with Dongbu staff, he said he would hear from correctional officers and inmates and look into ways to improve protection of their basic rights.

"I am sorry to the nation once again for the large number of COVID-19 patients that we saw at Dongbu Detention Center," he said. 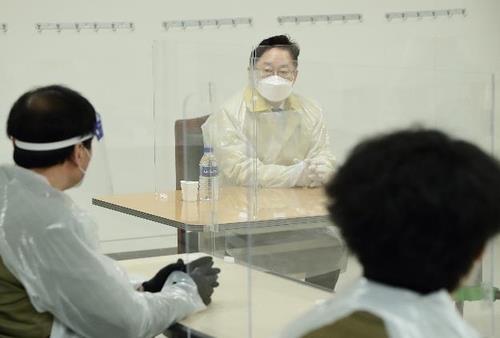 Park also told the staff that he wanted to help improve the morale of correctional officers at Dongbu in light of the COVID-19 outbreak.

"To formulate the right response, we must have the chain of command working, and we must also listen to people in the trenches," Park said. "This is where revolution to judicial administration begins."

One staff member at the facility told the justice minister that correctional officers are often neglected by the public, compared with other uniformed service workers, such as police officers and firefighters.

Later in the day, Park told inmates at Dongbu, "You're all part of our society. I hope my visit today will provide at least some consolation." Park reiterated his earlier point that he was committed to improving basic rights of inmates.

The justice ministry said Park was scheduled to spend 30 minutes each with correctional offers and inmates, but their sessions went for 80 minutes each.

More than 1,200 people at Dongbu have tested positive for COVID-19 since the first case was reported there on Nov. 28.

Park, who succeeds Choo Mi-ae, was formally appointed by President Moon Jae-in on Wednesday after winning confirmation from a National Assembly committee despite objections from the main opposition party.

His swearing-in ceremony was expected to be held Thursday afternoon but was postponed due to the visit.