SEOUL, Jan. 28 (Yonhap) -- Samsung SDS Co., an IT solutions unit of Samsung Group, on Thursday reported weak fourth-quarter earnings as sales from its main IT service unit dropped amid the pandemic.

Samsung SDS said its net income for the October-December period stood at 176.4 billion won (US$158.1 million), down 31.8 percent from a year earlier.

It logged 283.8 billion won in operating profit for the fourth quarter, down 13 percent from a year ago, although sales rose 9.5 percent on-year to 3.04 trillion won.

But on a quarter-on-quarter basis, Samsung SDS had a better performance than the third quarter as net profit rose 9.8 percent. 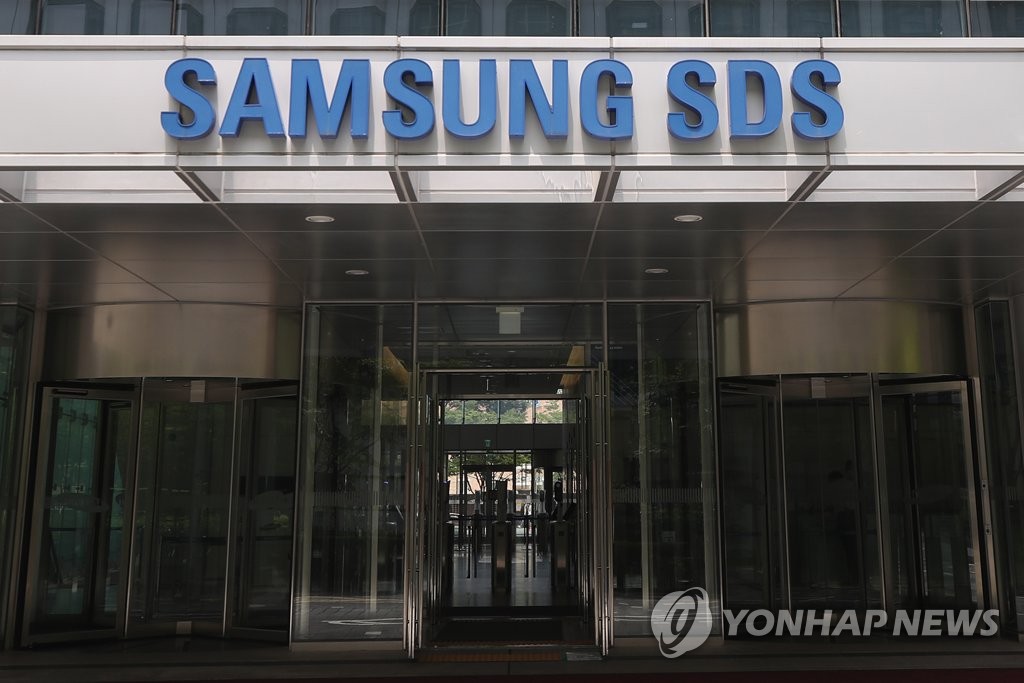 Samsung SDS attributed its mediocre performance to a decline in IT service sales, particularly in offline retail solutions, and increased costs.

The company's IT service business, managing cloud and ERP solutions, posted sales of 1.37 trillion won in the fourth quarter, down 8.7 percent from a year ago, while operating profit dived 15.4 percent on-year to 252.3 billion won.

Its logistics business process outsourcing service chalked up sales of 1.67 trillion won in the fourth quarter, up 31 percent from a year ago, while operating profit jumped 12.5 percent to 31.5 billion won due to manufacturers' increased goods shipment volume amid freight hikes.

Samsung SDS said although global uncertainties persist, it expects a recovery in IT investments this year as more firms try to move toward digitalization in the post-pandemic era.
(END)