SEOUL, Jan. 28 (Yonhap) -- The leaders of South Korea and Uzbekistan proclaimed the launch of negotiations on a bilateral free trade agreement, as they had a virtual summit Thursday, according to Cheong Wa Dae.

If forged, it would be South Korea's first pact on trade in goods with a partner of its New Northern Policy. The key diplomatic initiative of President Moon Jae-in aims to boost economic and political ties with more than a dozen countries located north of the Korean Peninsula.

The pact is formally named the "Agreement for Sustainable Trade and Economic Partnership (STEP)." 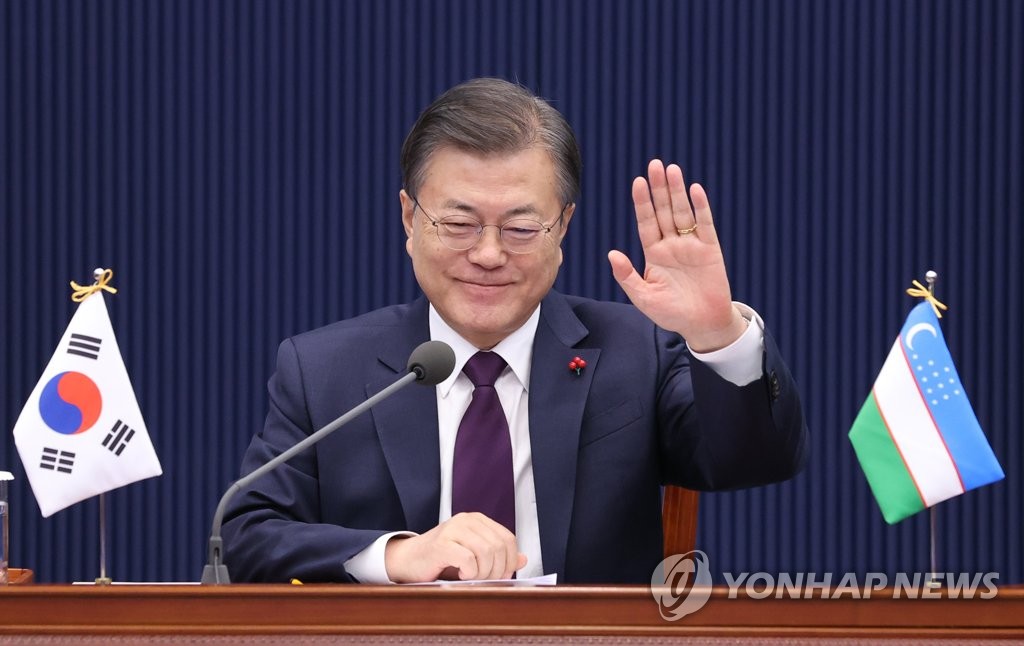 "In the COVID-19 situation, the two nations' friendship has deepened further," Moon said at the start of the summit, which pool reporters were allowed to cover.

The two have allowed trips by businesspeople and essential figures by operating temporary flights and established a consultation channel between health authorities, he pointed out.

"Today's summit will serve as a new milestone for win-win cooperation and co-prosperity in the post-coronavirus era," Moon added.

Mirziyoyev expressed his gratitude to South Korea for assistance related to the pandemic response.

South Korea helped Uzbekistan when it was suffering the most difficult period in the coronavirus crisis and is continuing to do so, he said via an interpreter.

"It's a thing that only a true friend can do. Our people all know that a friend in need is a friend indeed," he said. "It's not a coincidence to hold my first bilateral summit of this year with you. It's because South Korea is a special and trusted strategic partner for Uzbekistan." 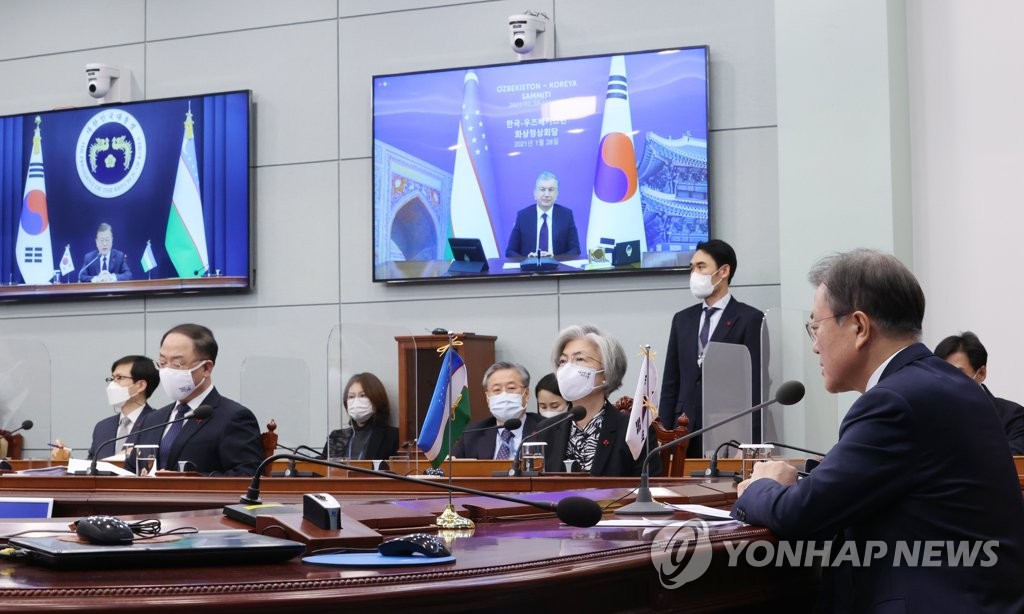 In the summit, they also noted that the two sides have constantly developed their relationship since it was upgraded to a "special strategic partnership" during Moon's visit to Tashkent in April 2019, Cheong Wa Dae said in a press statement.

Moon voiced hope that the two nations will cooperate closely with each other for the co-prosperity of Eurasia, and Mirziyoyev expressed support for Seoul's New Northern Policy.

Moon pledged to continue efforts for the complete denuclearization of Korea and permanent peace, and the Uzbek leader reaffirmed unswerving support for the Moon administration's peace drive.

South Korea and Uzbekistan have completed a joint study on the envisioned STEP and relevant domestic procedures, with a plan to begin talks in the first quarter of this year.

The two sides, meanwhile, signed a memorandum of understanding on expanding cooperation in the digital and green sectors, which are a core element of the Korean-version New Deal project. 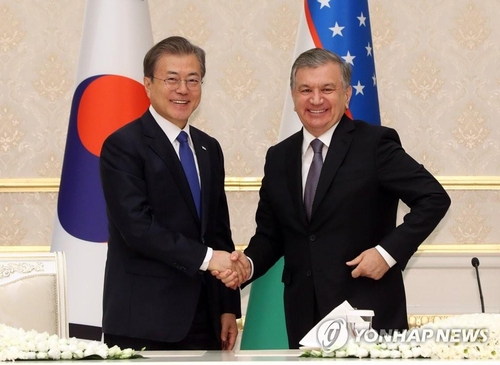