Sales of the Galaxy S21 series have started in 60 countries, including South Korea, the United States, Britain and India, according to Samsung. The new mobile devices will be available in 130 countries by the end of February.

The Galaxy S21 series, which was unveiled on Jan. 14, comes in three models -- the entry-level S21, the mid-tier S21+ and the high-end S20 Ultra that supports the S-Pen stylus.

The entry-level S21 comes with a price tag of 999,900 won (US$908) in South Korea, the cheapest price ever for one of Samsung's flagship 5G smartphones.

Samsung has been launching various marketing programs to boost sales of its new smartphone. 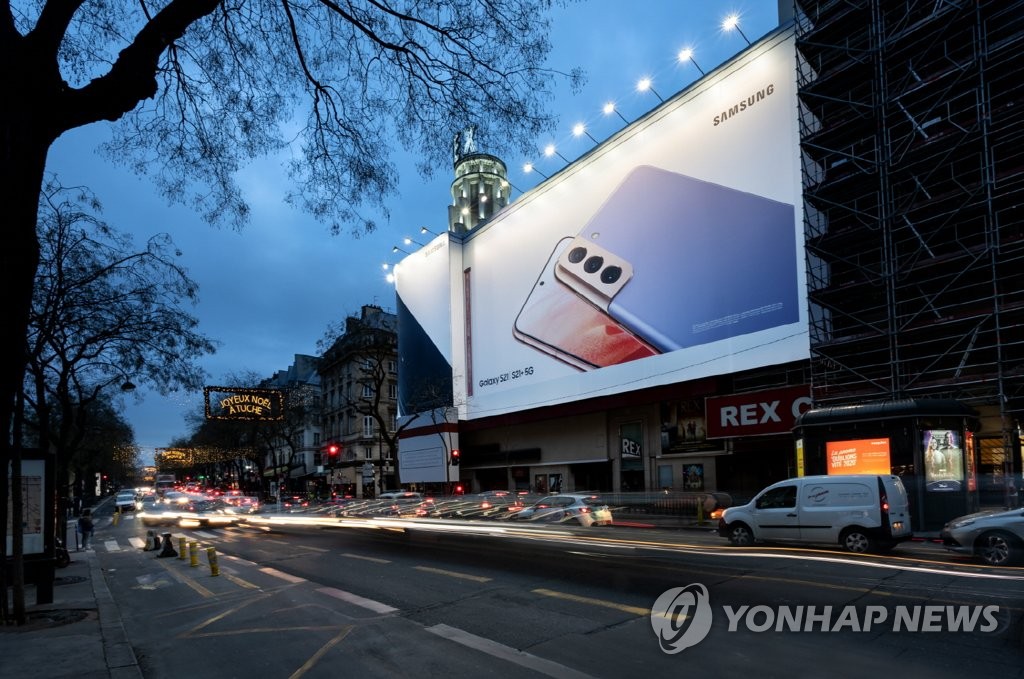 In South Korea, the company has been running the "Galaxy To Go" service where people can rent and use the S21 for up to three days. Samsung said more than 25,000 customers have so far used the service for the S21, more than triple from its previous service.

Samsung pins high hopes on the S21 series as the company faces tough challenges from its rivals.

When it comes to fourth-quarter performance, Samsung was outperformed by Apple Inc., which posted robust sales thanks to its new 5G smartphone, the iPhone 12.

Galaxy S21 launched globally, set to sell in 130 countries by next month

Galaxy S21 launched globally, set to sell in 130 countries by next month