The country's outbound shipments of cars came to $34.7 billion last year, compared with $39 billion the previous year, according to the data compiled by the Korea Customs Service.

The drop in auto exports was mainly attributable to a fall in demand over the COVID-19 pandemic. Autos accounted for some 7 percent of the country's overseas shipments.

Despite the yearly slump in auto exports, shipments of eco-friendly vehicles jumped 19.2 percent on-year to a record $7.1 billion, accounting for 20 percent of the total, according to the customs office. 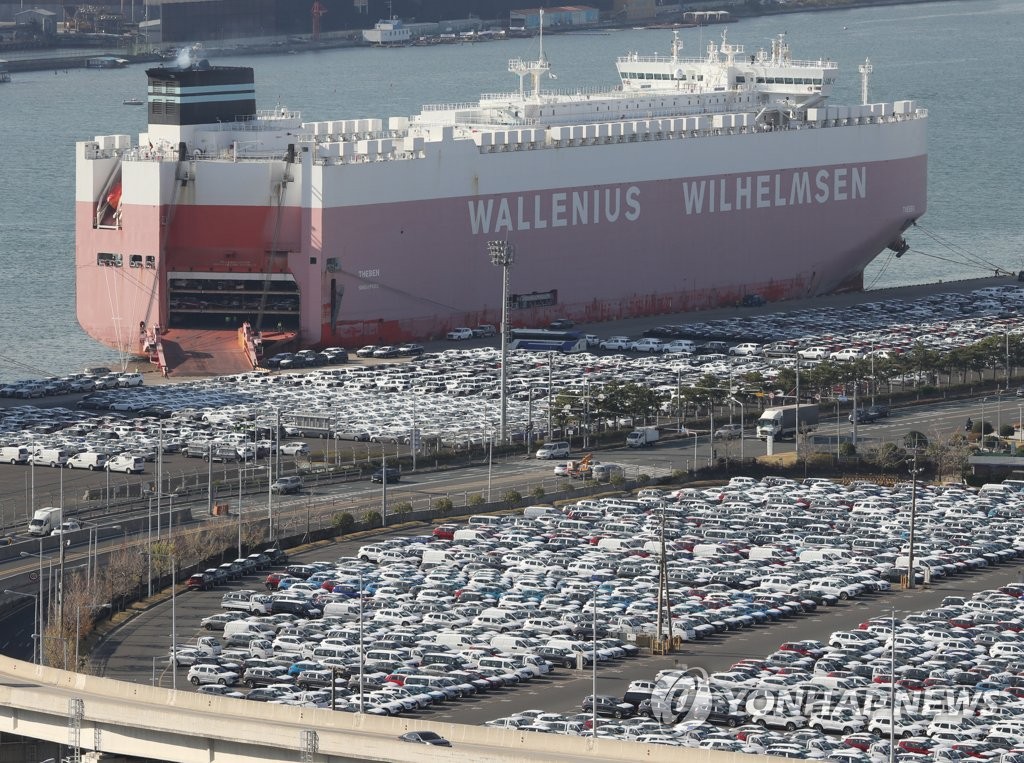