The Giants said Lee has signed for up to 2.6 billion won (US$2.3 million). He will receive 800 million won a year in annual salary and get an 800 million-won signing bonus. There's also a 100 million won championship bonus per season should the Giants win the Korean Series over the next two seasons.

The deal comes three days before the start of spring training. 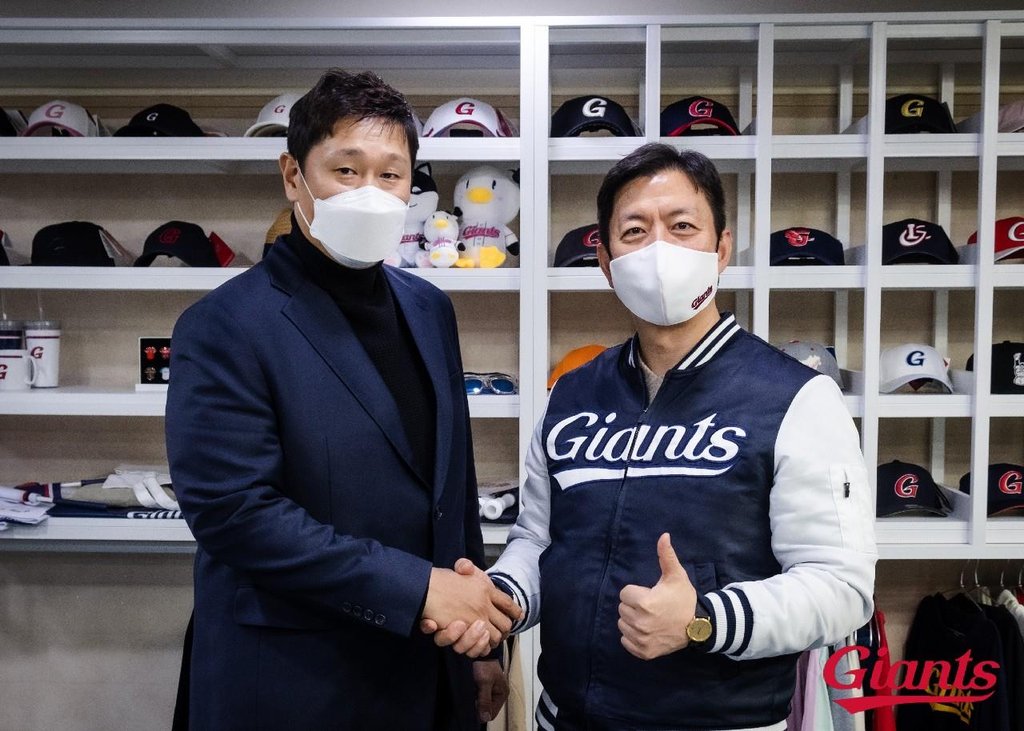 Lee has spent his entire 15-season Korea Baseball Organization (KBO) career with the Giants. From 2012 to 2016, Lee played for the Orix Buffaloes and the Fukuoka SoftBank Hawks in Japan, and then the Seattle Mariners in the majors. When Lee returned to the KBO, the Giants handed him a four-year contract worth 15 billion won, the largest contract handed out to a free agent in KBO history.

In a statement released by the club on Friday, Lee said he will retire a Lotte Giant after the deal runs out in 2022. The 2010 KBO regular season MVP is the Giants' franchise leader with 332 home runs and 1,243 RBIs.

Lee and the Giants had appeared far apart in their contract talks, with the player seeking recognition for more traditional statistics such as RBIs while the analytically inclined front office pointed to Lee's declining value in more advanced numbers. That Lee is mostly a designated hitter now, rather than the full-time first baseman that he'd been in the past, also seemed to make management reluctant to commit significant money to the aging veteran. 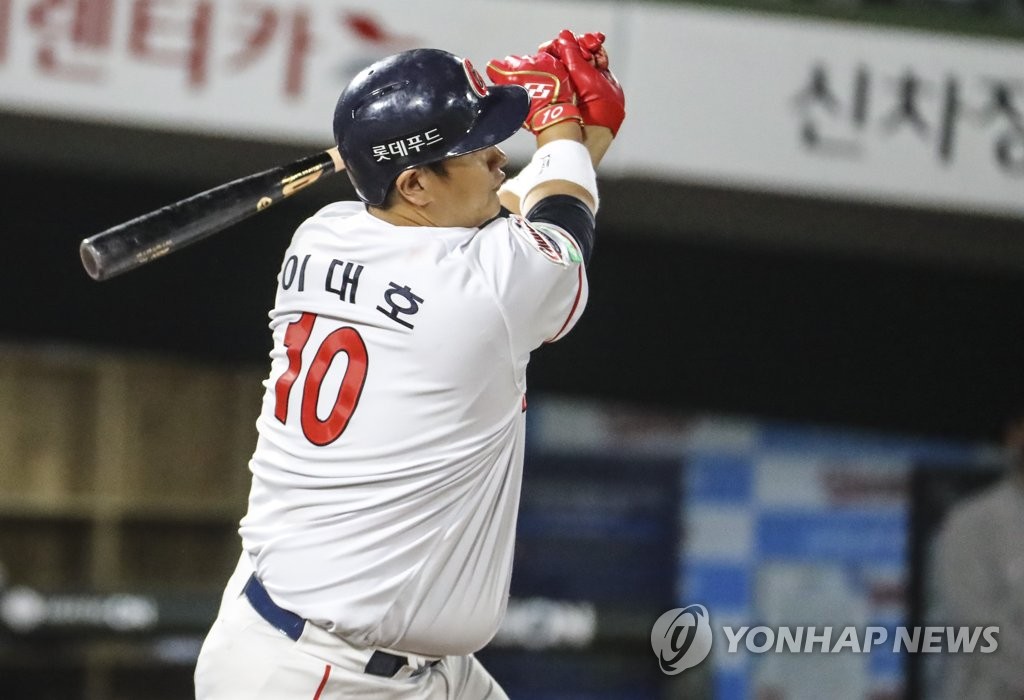 Lee's on-base percentage of .354 was his lowest in a full season since 2004, while his .452 slugging percentage was only marginally better than his career-low .435 from 2019. RBIs are largely dependent on having teammates get on base ahead of the hitter and aren't quite as revered as they once were in baseball.

In a recent interview, Lee said he sacrificed many opportunities to take walks and increase his on-base percentage because he wanted to swing the bat and drive in runs. He also insisted baseball games aren't won on numbers.

The front office might have had a point, though. According to Sports 2i, the official statistics provider of the KBO, Lee posted a 93.8 in weighted runs created plus (wRC+). It's a stat that measures a hitter's offensive value based on the outcome of each plate appearance, and adjusts the number to the player's ballpark. The league average is set at 100, and Lee's number means that he was 6.2 percentage points worse than league average in 2020. 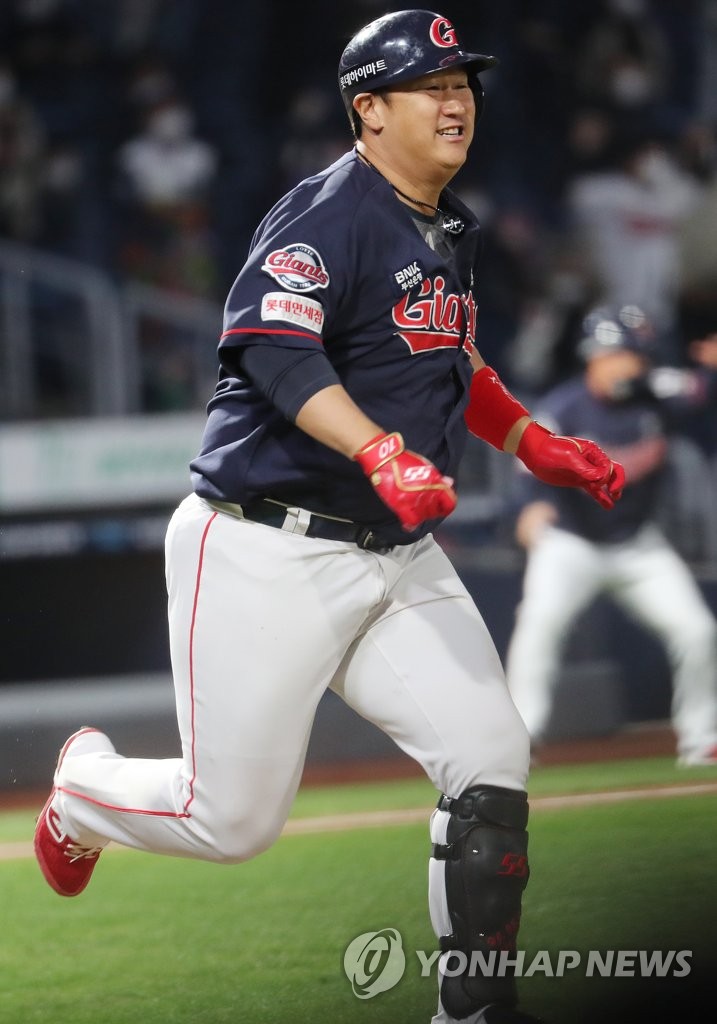 Lee also posted a 2.69 in wins above replacement (WAR), a catch-all metric for assessing players' overall value. Lee ranked only fifth in WAR on his own team.

Lee denied on Friday there had been any rift.

"We didn't have any differences as far as the size of the contract," Lee said. "We just met late in the offseason. We took some time trying to determine when I was going to retire. My only goal is to help the team win the Korean Series within the next two seasons and then hang up my cleats."

Lee also said he will donate his entire championship bonus to charity. The Giants haven't won a title since 1992. 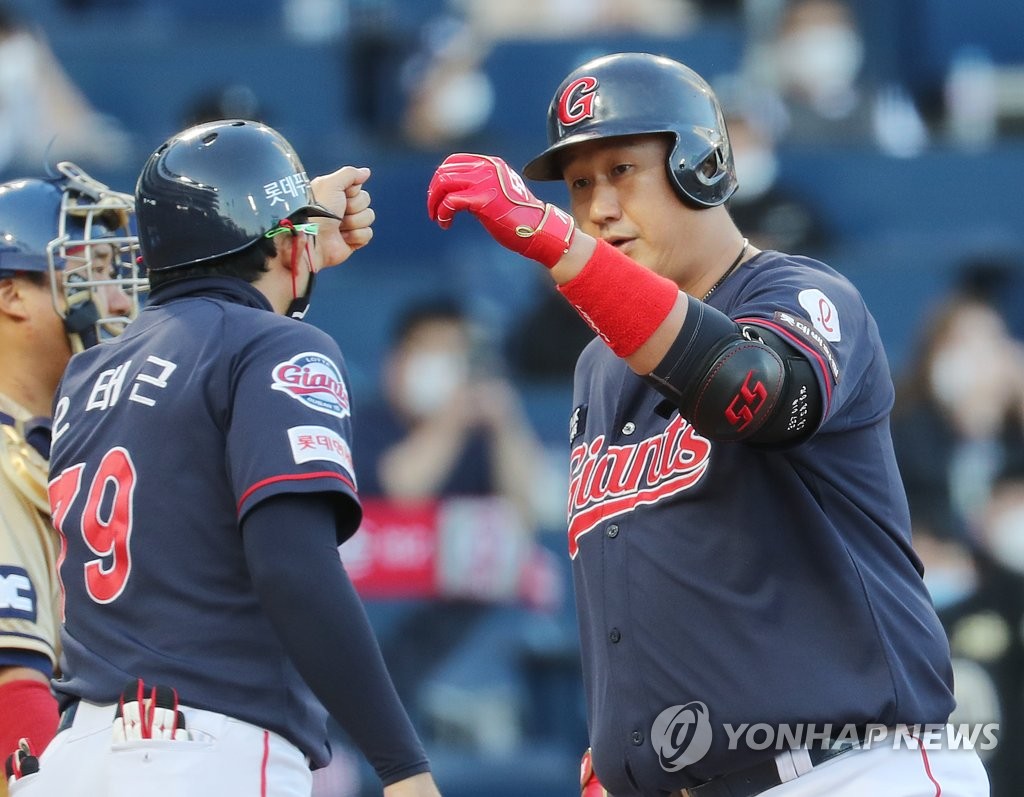