SEOUL, Jan. 29 (Yonhap) -- Unionized delivery workers ended a strike Friday, saying they have reached a new agreement with logistics companies on ways to prevent them from overworking.

The Parcel Delivery Workers' Solidarity Union said its 5,500 members, who began and ended the walkout the same day, will return to work Saturday, with less than two weeks until the Feb. 11-13 Lunar New Year holiday, when demand for deliveries is expected to soar. 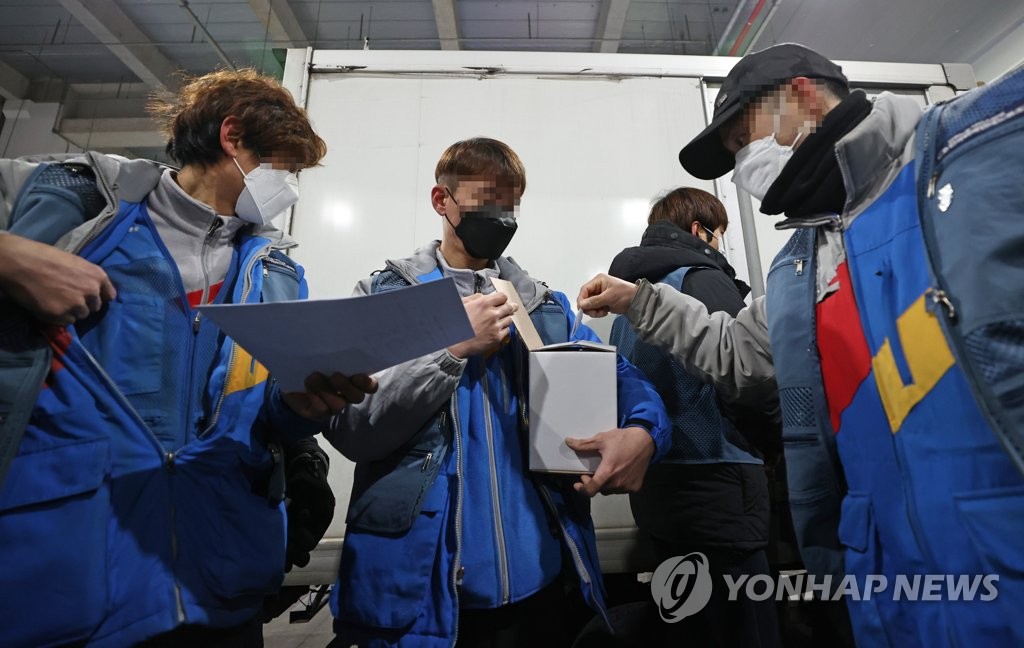 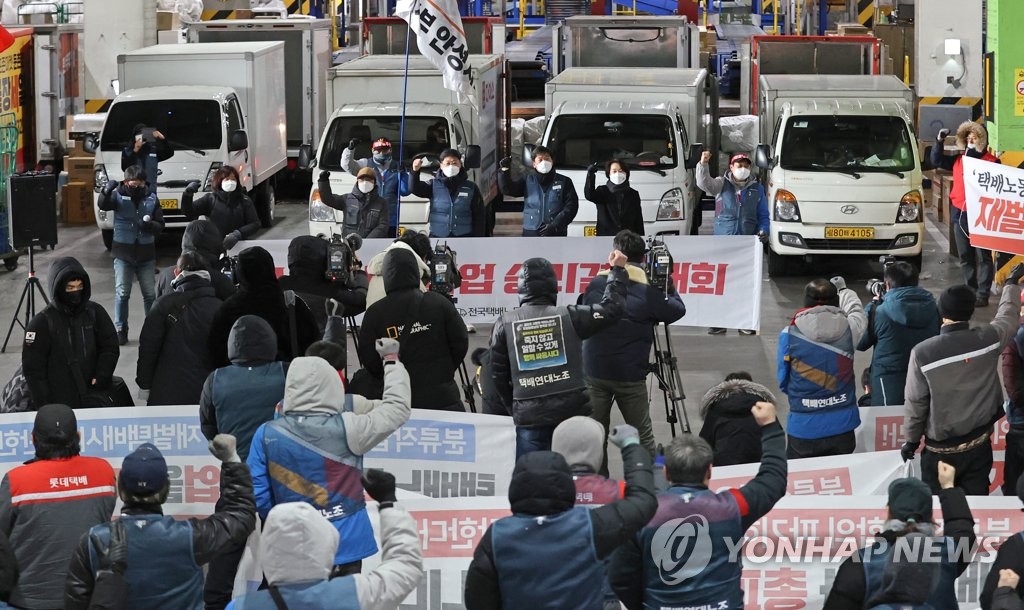 The decision came after a vote Friday, in which 89 percent of the union members cast their ballots and 86 percent approved the tentative deal reached the previous day.

The agreement, which also involves the National Assembly and the Ministry of Land, Infrastructure and Transport, requires logistics companies to send the promised number of additional workers to sort parcels by Thursday.

It also requires the ministry to form a field inspection team to make sure the extra workers are sent. The sides will aim to finish negotiations on delivery fees by May, and any delivery workers forced to sort parcels after that point will be paid more than the minimum wage.

The union said the new deal is legally enforceable as it was signed by the logistics companies themselves, including Hanjin Transportation Co., Lotte Global Logistics Co. and CJ Logistics Co.

"As the provisional agreement has been approved, (we) are ending the strike and will return to work starting Jan. 30," the union said in a statement.

The two sides initially reached an agreement last week, under which logistics firms agreed to take responsibility for sorting parcels before their delivery, a job couriers have blamed for their overwork.

On Wednesday, the union accused the companies of violating the terms of the agreement and declared an indefinite strike. It also complained that the deal was not legally enforceable as it was signed by the Korea Integrated Logistics Association on behalf of the firms.

"We produced an agreement on the areas the logistics companies violated in (last week's) first 'social' agreement," the union said. "A great tide has begun to fundamentally change the structure leading to overwork in the delivery field."

Last year, 19 delivery workers died apparently as a result of overwork. An estimated 50,000 people are currently working as couriers in the country. 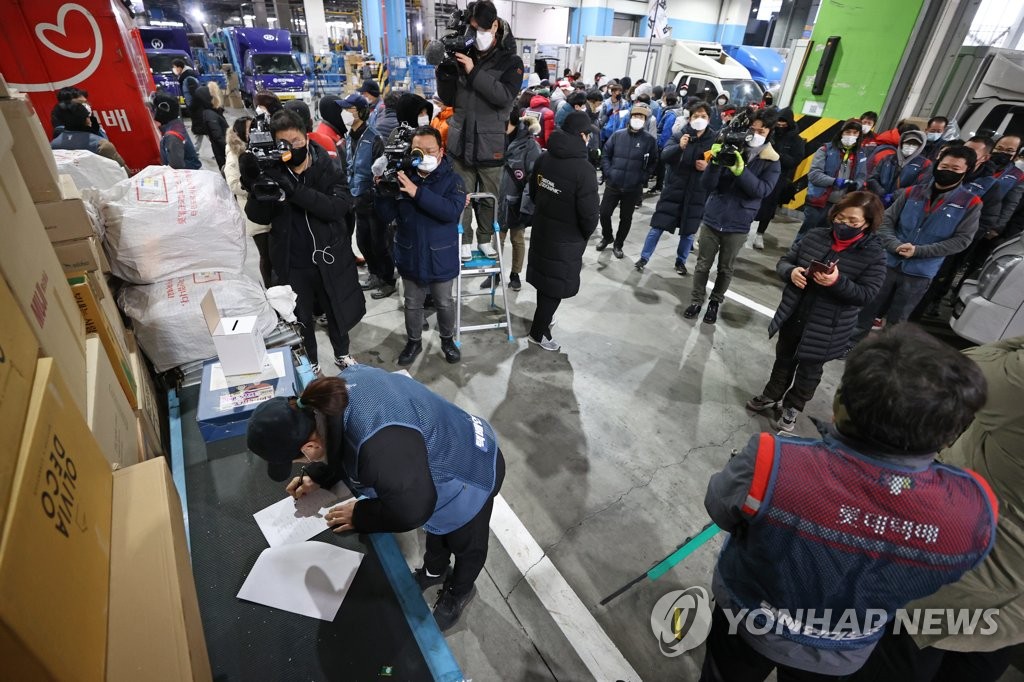 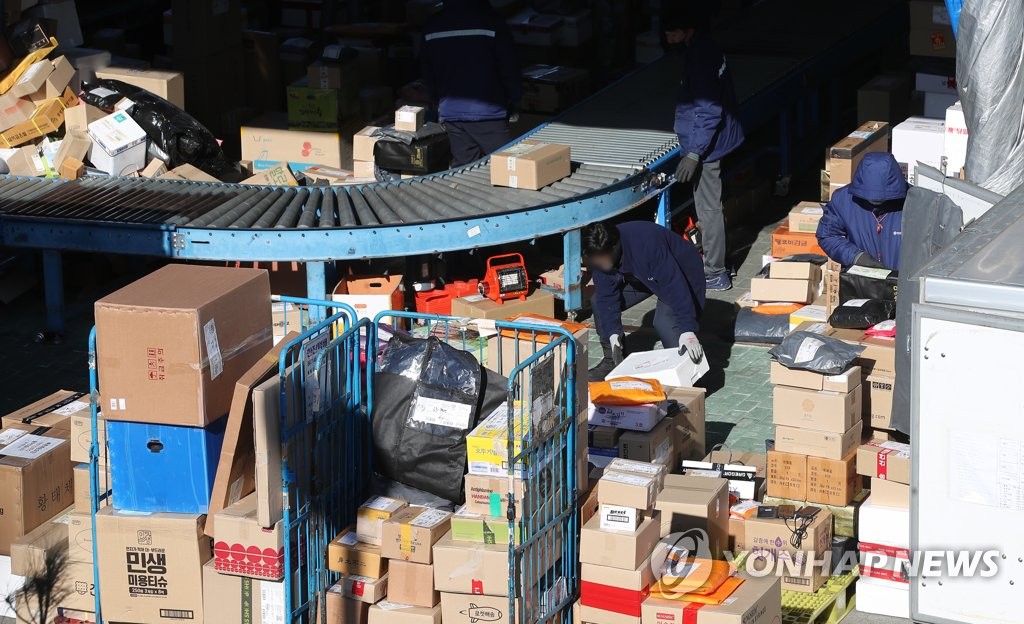