SEOUL, Jan. 29 (Yonhap) -- A political controversy appears to be brewing over the Seoul government's possible attempt years ago to help North Korea build a nuclear power plant, after a local broadcaster on Thursday disclosed the existence of relevant government documents.

SBS TV, citing prosecutors investigating the destruction of government documents related to the closure of an aging nuclear reactor by some officials of the Ministry of Trade, Industry and Energy in 2019, reported that a number of files on inter-Korean energy cooperation, including the planned construction of a nuclear plant in the North, were among the deleted documents. 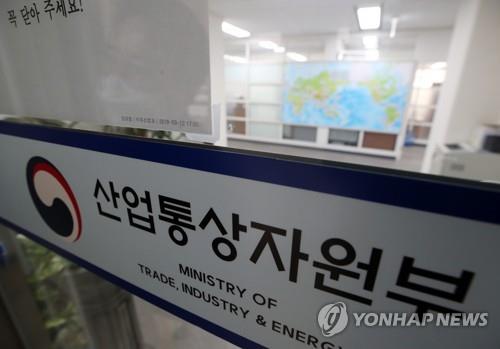 Last month, prosecutors in the central city of Daejeon indicted three energy ministry officials on charges of destroying 530 kinds of computer documents linked to the closure of Wolsong-1, the country's second-oldest nuclear reactor, right before the Board of Audit and Inspection (BAI) requested the submission of the documents in December 2019.

The BAI had opened an audit into the closure of Wolsong-1, in southeastern South Korea, as it emerged as a hot-button issue after President Moon Jae-in decided in 2017 to phase out nuclear power generation in line with his energy policy.

According to the bill of their indictments, disclosed by the broadcaster, the deleted computer documents, recovered later by BAI officials, contained numerous files on plans to build a nuclear power plant in North Korea and other inter-Korean energy cooperation projects.

Moon's first and second summit meetings with North Korean leader Kim Jong-un were held in late April and late May, respectively, of the same year.

The broadcaster's disclosure triggered speculation that the Moon government was pushing to construct a nuclear power plant in the North in 2018, in contrast to its nuclear phase-out policy in the South.

Yun Kun-young, a ruling Democratic Party lawmaker known as a key aide of Moon, flatly denied a media report last November that alleged the Seoul government began its push to build a nuclear power plant in the North after the first Moon-Kim summit in April 2018.

"(The existence of the deleted documents) has been wrongly interpreted with regard to the government's intentions. That's not true," a ministry official said. "The previous Park Geun-hye government also examined various inter-Korean energy cooperation plans in preparation for unification," the official argued.