According to the metropolitan government, the number of new COVID-19 cases in the capital rose by 154, the highest since Jan. 15, when 156 new cases were added.

The city's daily caseload has remained in the 100s for the last 23 days after falling from 297 on Jan. 6, the government said. The figure has also fluctuated within the range of the early 100s over the past two weeks, it added. 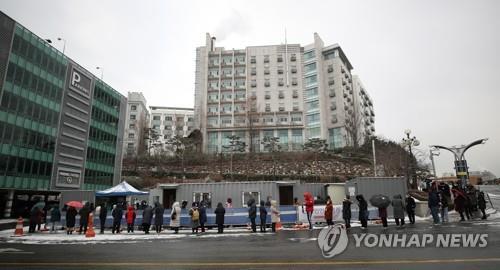 Seoul's cumulative caseload increased to 24,061 as of the beginning of Saturday, while six more people died in the capital in the past 24 hours, raising its death toll to 323.

Only two of the day's 154 new cases came from abroad and 24 infections were confirmed at temporary screening stations installed throughout Seoul, it noted. Notably, 26 of Seoul's new daily infections cannot be traced back to any known cases.