"I know college admission fairness is a grave social topic that receives high public attention," the minister said during an interview with Yonhap News Agency on Friday, adding that the ministry has been dealing with the matter sternly without exception, and will continue to do so.

Last month, Chung Kyung-sim, Cho's wife, was found guilty of academic fraud and other wrongdoings, and sentenced to four years in prison. She was accused of fabricating documentation between 2013-2014, including a college presidential citation, in order to get her daughter admitted to medical school.

Lee Kyung-tae, an accounting professor at Yonsei, has been under investigation after being accused of engaging in fraudulent admission of his daughter last year.

The ministry will continue working on improving the system "as promised," she said, while remaining cautious mentioning the on-going legal cases.

Previously, she said the ministry was "legally reviewing" the claim that Cho's daughter's admission to a medical school should be canceled because it was based on fraudulent academic credentials. 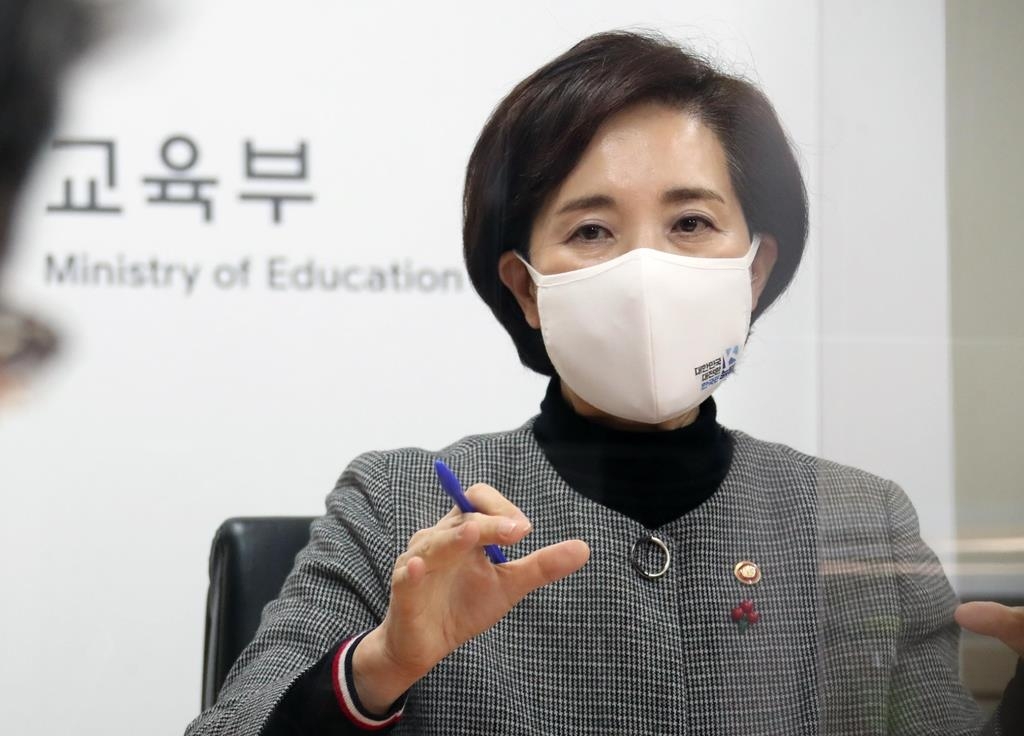