SEOUL, Jan. 31 (Yonhap) -- The main opposition party on Sunday called for an investigation into allegations that the government of President Moon Jae-in attempted to help build a nuclear power plant in North Korea.

Calling the allegations "earth-shattering" if true, Kim Chong-in, the leader of the People Power Party (PPP), said the government should act quickly to resolve suspicions and answer questions raised over the issue.

The allegations arose after a local TV station reported that a document about the nuclear power plant construction plan was among a series of computer files that industry and energy ministry officials were accused of deleting allegedly to cover up their wrongdoing.

The files came to light while prosecutors were investigating the government's decision to terminate the operation of Wolsong-1, the country's second-oldest nuclear reactor.

Last month, prosecutors in the central city of Daejeon indicted three energy ministry officials on charges of destroying files linked to the closure, right before the Board of Audit and Inspection (BAI) requested the submission of the documents in December 2019.

The BAI earlier concluded that the shutdown decision was based on biased research, which undervalued the reactor's economic viability. 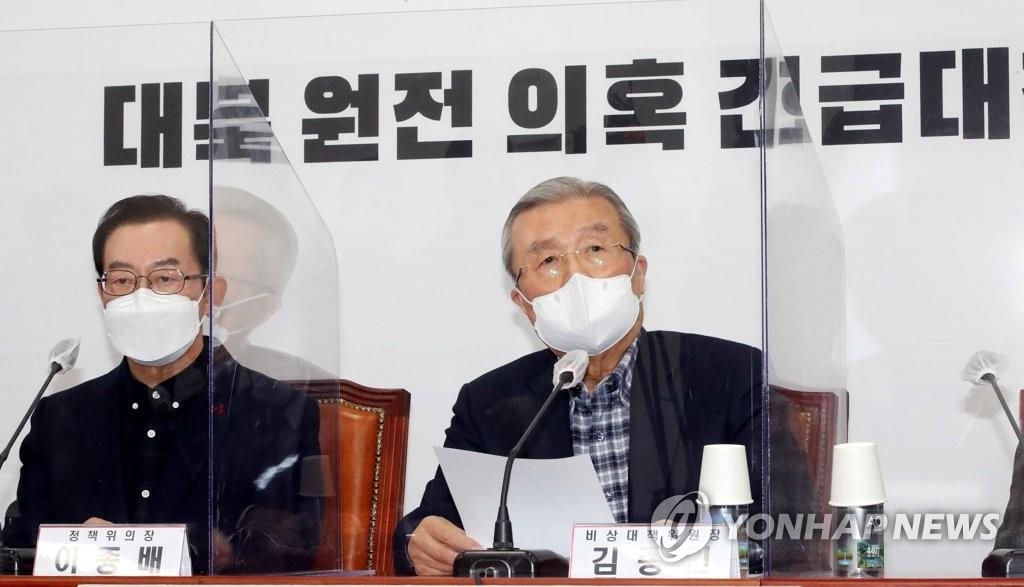 The broadcaster's disclosure triggered speculation that the Moon government was pushing to construct a nuclear power plant in the North.

"Reasonable minds will ask whether the government was trying to trade the construction of a nuclear plant for an inter-Korean summit," Kim said. "The government should explain why an official sneaked into the office a day before the audit and destroyed the files."

Moon held three summits with North Korean leader Kim Jong-un in April, May and September of 2018.

Discussions on the possible energy cooperation between the two Koreas dated back to the former Park Geun-hye government, the party said in a statement, slamming the PPP for engaging in an outdated ideological war.

Rep. Yoon Young-chan of the party, who served as Moon's senior press secretary, asked, "Do you think it is even possible to give North Korea 5 trillion won (US$4.4 billion) without consent from the opposition party?" referring to the approximate cost of building a nuclear power plant. 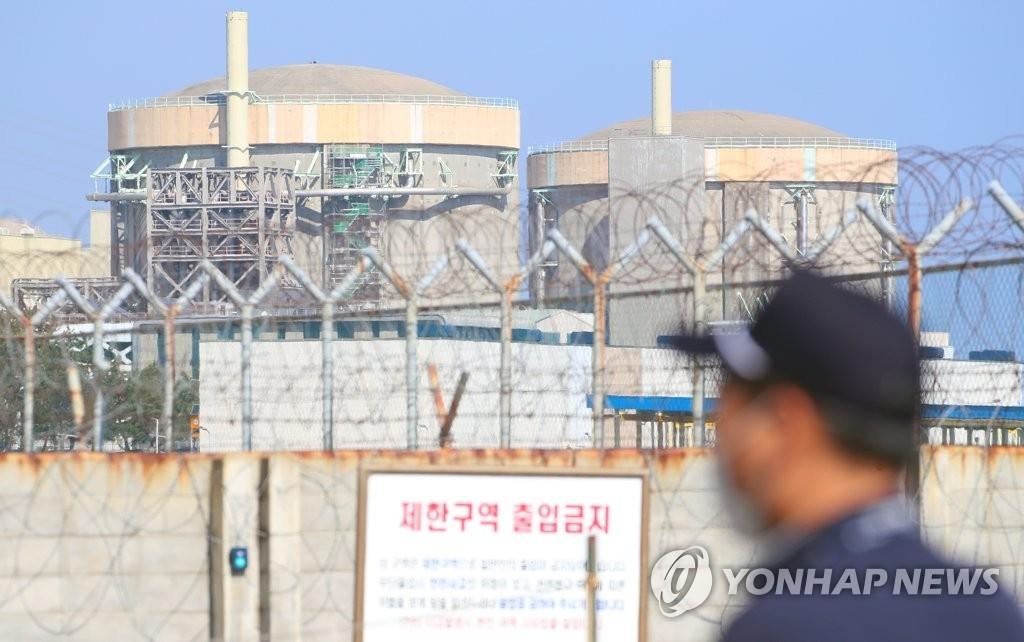