SEOUL, Feb. 1 (Yonhap) -- Park Byung-ho, veteran first baseman for the Kiwoom Heroes, doesn't need to be reminded that he had a horrendous 2020 season at the plate.

Numbers speak for themselves; the 34-year-old batted only .223, his worst since joining the Heroes in a midseason trade from the LG Twins in 2011, and managed only 21 home runs, his fewest in a full season as a Hero. With only seven doubles in 93 games to go along with those homers, Park's slugging percentage came to just .450, more than 100 points worse than his career average in the Korea Baseball Organization (KBO). 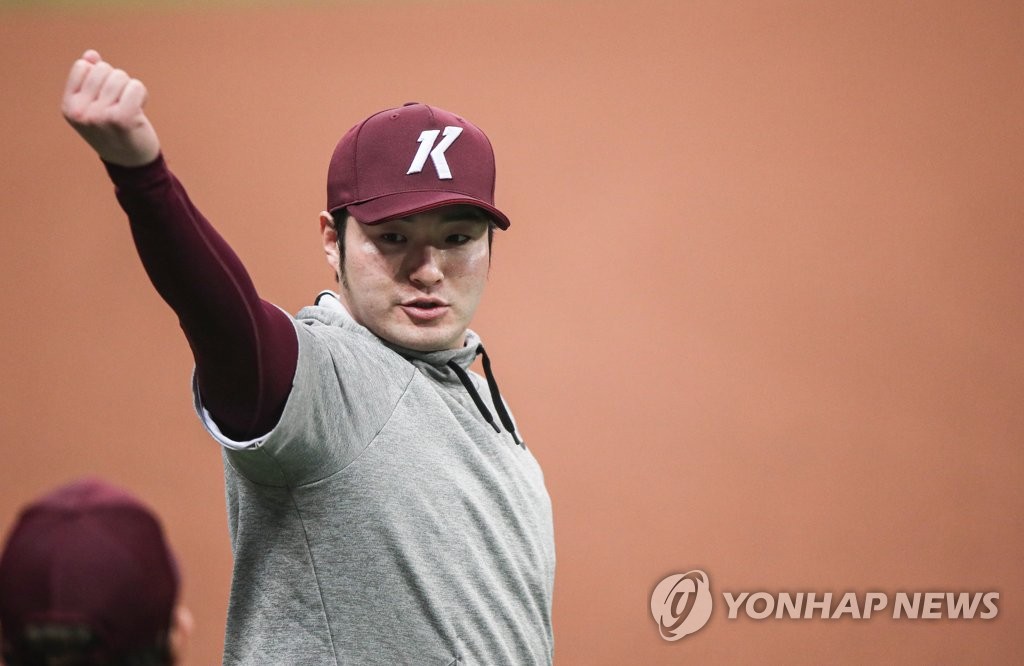 When asked about his goal for 2021 on Monday, Park said succinctly, "I have to hit better."

"I was so bad last year. In the past, I used to be able to get out of slumps over the course of a season, but I was just in a freefall last season," Park said after the first day of spring training at Gocheok Sky Dome in Seoul.

"More than anything else, I must have a complete turnaround at the plate this year," Park said. "I've been working hard all winter in the cage and the gym. I just have to keep this up for the rest of spring training."

The Heroes will need every bit of production they can get from Park this year, particularly after the departure of their slugging shortstop Kim Ha-seong.

Kim signed a four-year deal with the San Diego Padres during the offseason, after leading the Heroes with 30 home runs and 109 RBIs. His power surge compensated for a poor season by Park, who will no longer have that safety valve this year. 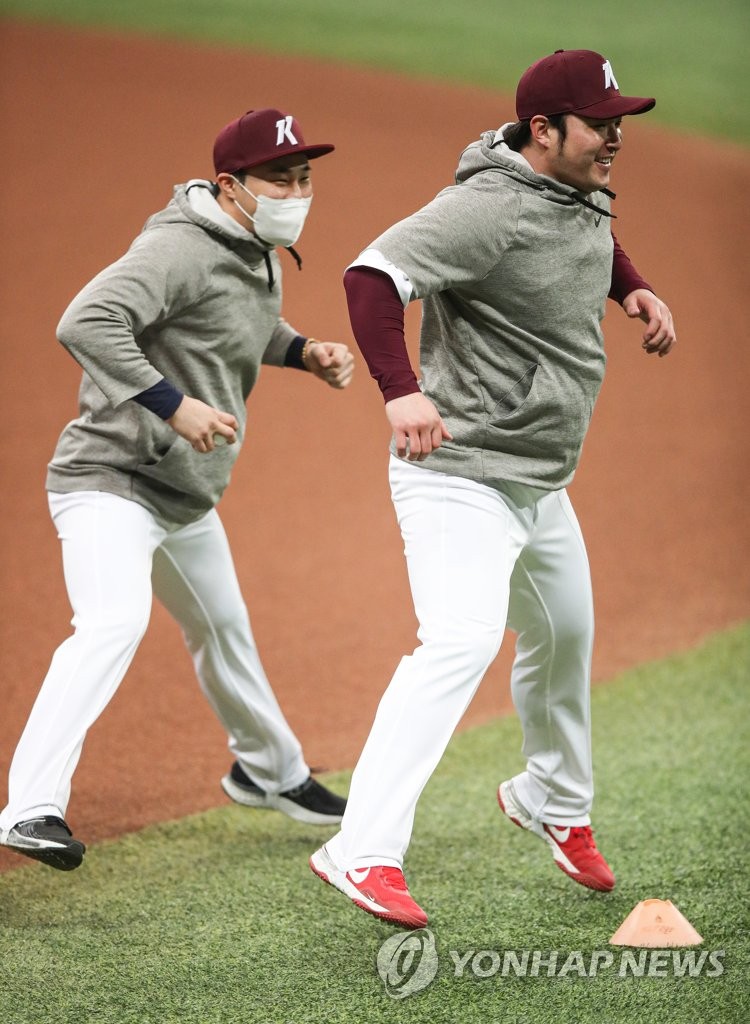 "His absence will be huge, and I don't think any one player can fill that hole right away," Park said. "I hope everyone will be able to step up. Ha-seong's departure will be an opportunity for someone else."

Park himself was once a major league player, having had a cup of coffee with the Minnesota Twins in 2016. Park and Kim stretched side by side at the start of Monday's practice, and Park said his ex-teammate tried to pick his brains about the life in Major League Baseball (MLB).

"He wanted to know about spring training over there, and I told him what I know," Park said. "I think he has prepared himself really well. I hope he'll have success in the U.S."

In addition to Kim, the Heroes lost their captain, Kim Sang-su, in a sign-and-trade with the SK Wyverns. Park, one of the Heroes' oldest players, has been named new captain, but he said captaincy won't change the way he plays or conducts himself.

"I've been one of the veterans for a while anyway, so I think I just have to keep doing the same things," Park said. "There are times when the captain has to speak up, but I also think I can just blend in with the rest of the guys at other times." 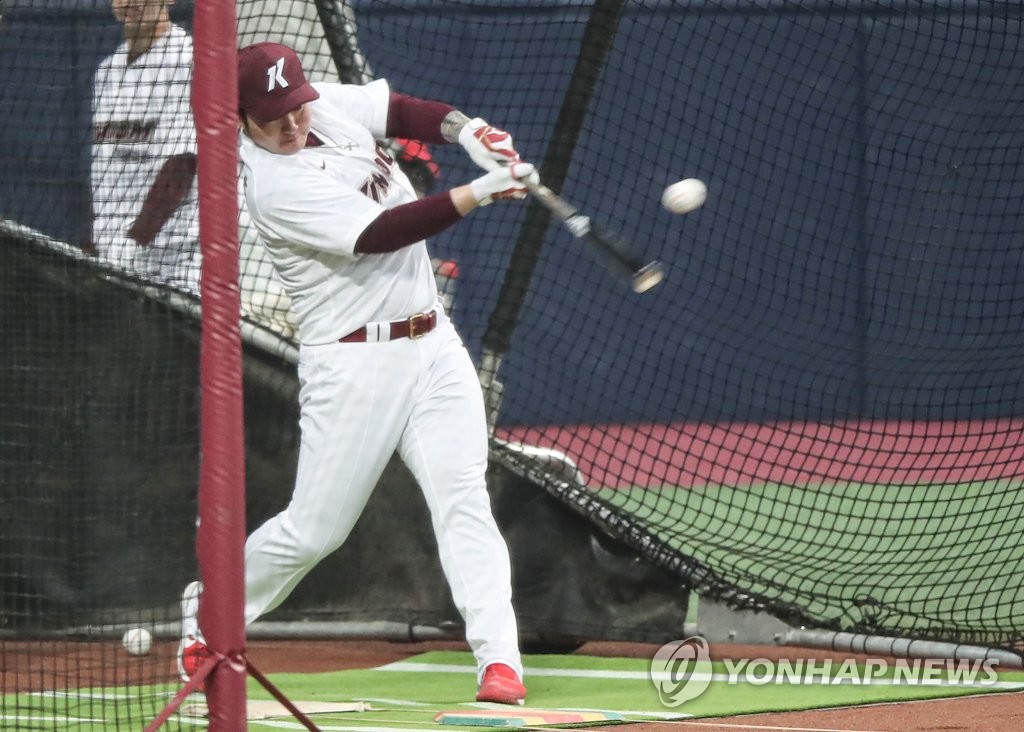