SEOUL, Feb. 1 (Yonhap) -- South Korea's energy ministry on Monday made public an internal document about the possibility of building a nuclear power plant in North Korea, to calm what it called an "unnecessary" political dispute sparked by a report on the paper's existence.

A TV station reported earlier that documents on a nuclear power project in the North were among hundreds of computer files that industry and energy ministry officials deleted ahead of the state audit agency's inspection of atomic energy policies.

The report triggered speculation that the Moon Jae-in administration may have pushed for a secret plan to build an atomic power plant in the North and that Moon may have delivered the proposal to North Korean leader Kim Jong-un during their summit in April 2018. Kim Chong-in, the interim leader of the main opposition People Power Party (PPP), called the alleged plan an "act benefiting the enemy."

The energy ministry said it unveiled the six-page document considering the "public value of ending an unnecessary controversy" as the dispute showed no sign of letting up despite government officials' repeated clarifications. 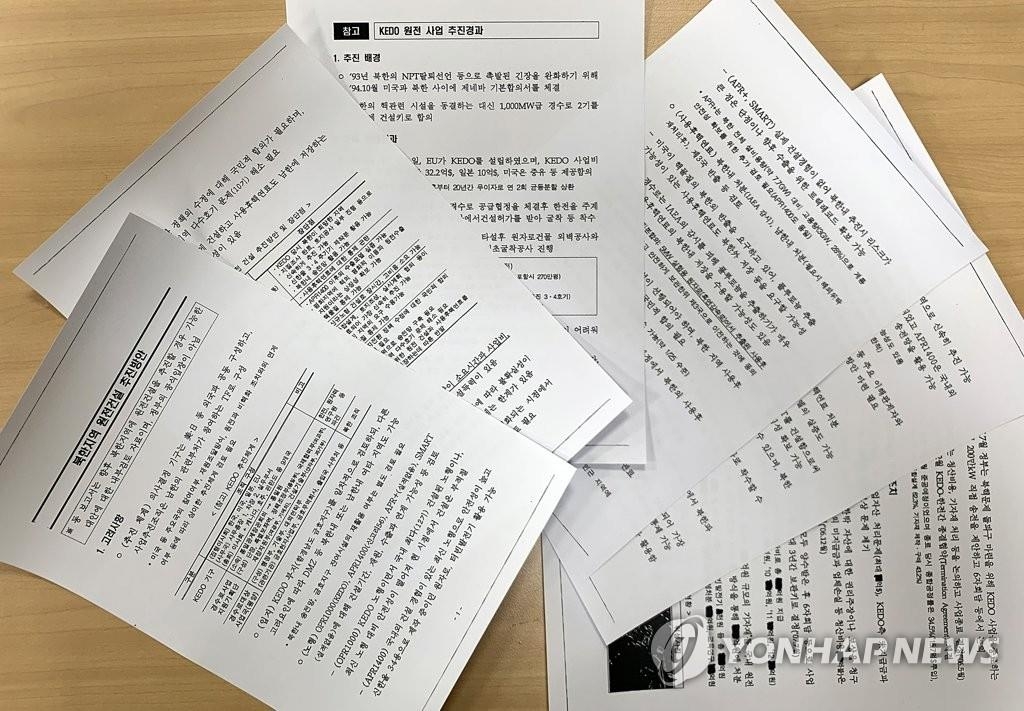 The unveiled document showed that it was compiled as an "internal reference that considers the possible alternatives when building a nuclear power plant in the North Korean region" and states that it doesn't represent "the government's official stance."

The document mentions building a nuclear plant at the Korean Peninsula Energy Development Organization site in South Hamgyong Province in North Korea as the first alternative, but notes that it is also possible in other areas in both South and North Korea.

The energy ministry reiterated the file was one of various policy possibilities discussed at a working level and that the government has never attempted to build a nuclear plant in the North.

It also said the document was part of a policy brainstorming that took place after the April 2018 summit, adding that the idea was dismissed without additional consideration and was not shared with outside parties.

Earlier in the day, Unification Minister Lee In-young also dismissed allegations that Seoul attempted to help build a nuclear power plant in the North, saying that such claims might be politically motivated.

"I will say this clearly that we, as the unification ministry, have never discussed the issue of building nuclear plants in North Korea under any circumstances," Lee said in an interview with local radio station TBS.

"From the perspective of a politician and not a minister, I cannot help but think that it is because of the election," he said, pointing out that the opposition party has often intensified its political offensives ahead of major elections.