(ATTN: RECASTS 3rd para to correct remarks by Blinken as per a State Department transcript)
By Byun Duk-kun

"So the first thing the president has asked us to do is to review the policy to make sure that we are using the most effective tools to advance the denuclearization of the Korean Peninsula and to deal with the problem, the growing problem posed by North Korea's arsenal," he added.

Blinken earlier said the new administration will review the country's "entire approach and policy on North Korea" and find ways to bring the North back to the negotiating table.

The North has been staying away from denuclearization talks since the second summit between leader Kim Jong-un and former U.S. President Donald Trump ended without a deal in Hanoi in February 2019. The first Trump-Kim summit was held in Singapore in June 2018.

Blinken refused to give a clear answer when asked what Kim would have to do to get a meeting President Joe Biden.

"Well, the first thing we're going to do is to review the policy across the board to look at what tools we have, including additional sanctions, including, especially, additional coordination and cooperation with allies and partners, but also to look at diplomatic incentives," he said. "So once we do that, we'll be able to tell you how we plan to move forward."

The new secretary took office last Tuesday, about one week after Biden was sworn in as president.

Still, Biden has said he too may agree to meet with Kim if it would help move forward the North's denuclearization process. 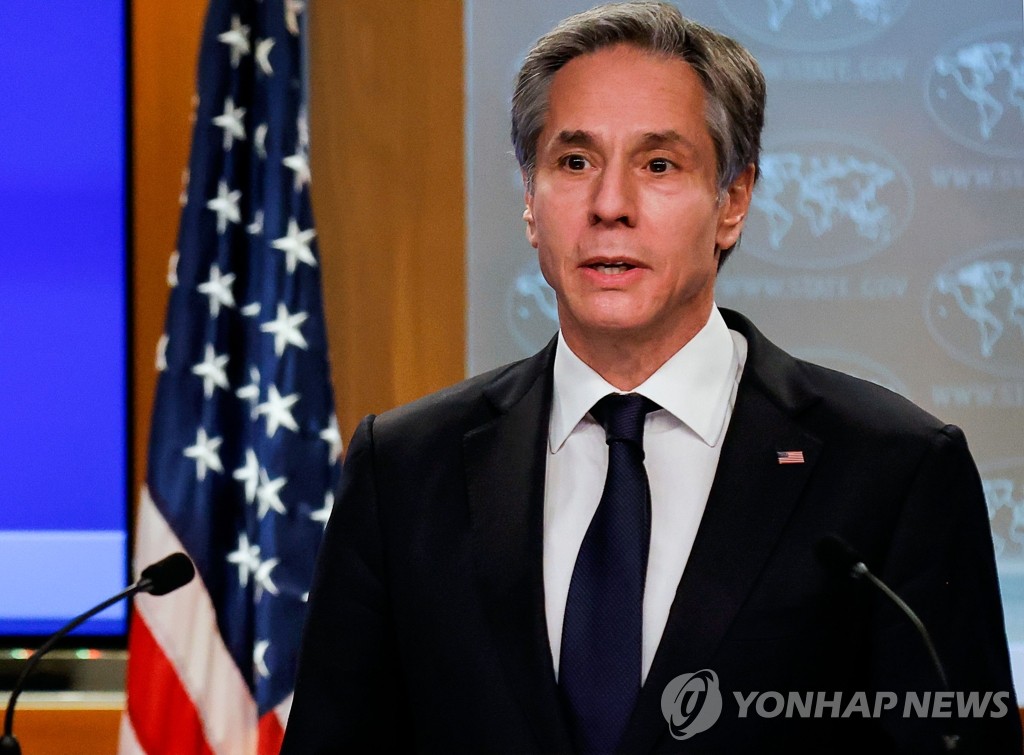