SEOUL, Feb. 2 (Yonhap) -- Wet and miserable conditions across the country disrupted spring training for many South Korean baseball clubs from Day 1 on Monday.

In Gwangju, 330 kilometers south of Seoul, snow and rain had soaked the ground at Gwangju-Kia Champions Field in Gwangju, to a point that Matt Williams, manager of the home team Kia Tigers, declared the field condition "not playable." Williams' players warmed up by running in the underground parking lot. 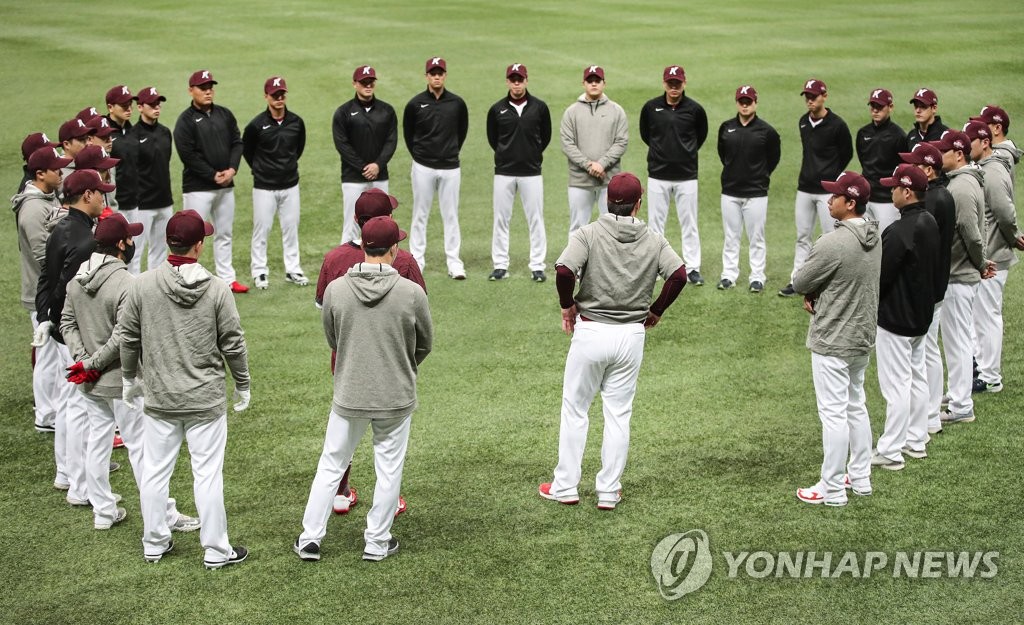 Farther southeast in Changwon, a wet and slippery field at Changwon NC Park, caused by overnight rain, forced NC Dinos' players indoors for the early portion of their first day.

The SK Wyverns set up camp on the southern island of Jeju, but they, too, stayed indoors to do some conditioning work because of inclement weather.

The Kiwoom Heroes, on the other hand, had no such issues.

They also happen to be the tenants at Gocheok Sky Dome in Seoul, the only domed stadium in the Korea Baseball Organization (KBO).

While other clubs training elsewhere in the country were scrambling to rearrange their training schedules and send players indoors for light conditioning drills, the Heroes put in about two hours of solid on-field practice. Some hit in the cage, while others took grounders and fly balls on the artificial grass and under the roof of the dome. These were followed by baserunning drills.

All 10 KBO clubs will run spring training at home this year, because of travel restrictions put in place due to the coronavirus pandemic. 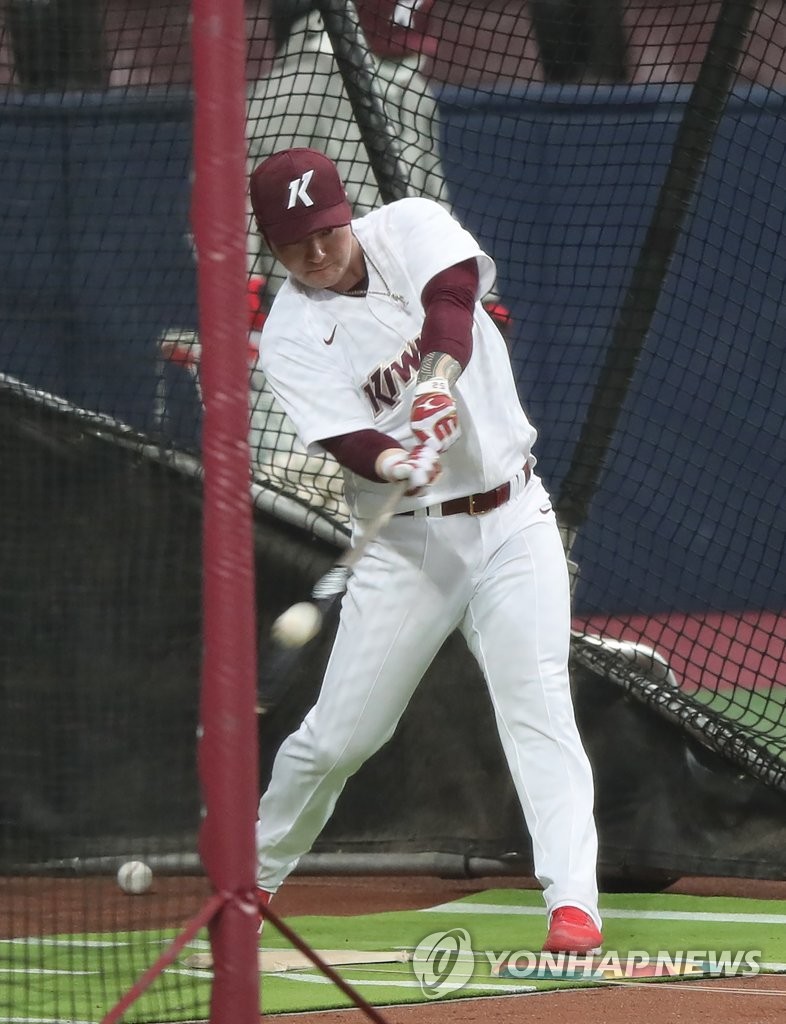 Up until last year, teams traveled to warmer regions outside the country -- namely, Arizona and Florida, and parts of Japan, Australia and Taiwan -- for most of February, and came home in March to play exhibition games ahead of the regular season.

Training at home is certainly more cost-effective, but weather conditions can present challenges for players, most of whom have only ever trained under the blue skies and balmy, 25C weather around this time of year.

Commuting to the ballpark and training in the dome is also a change for the Heroes, which used to work out in Arizona, but they weren't complaining Monday.

"As professionals, we have to make adjustments to the new environment," said Kiwoom manager Hong Won-ki before Monday's practice. "We're not exposed to rainy or windy conditions, and so we're in a much better situation than other clubs. Our job is just to prepare for the season the best we can." 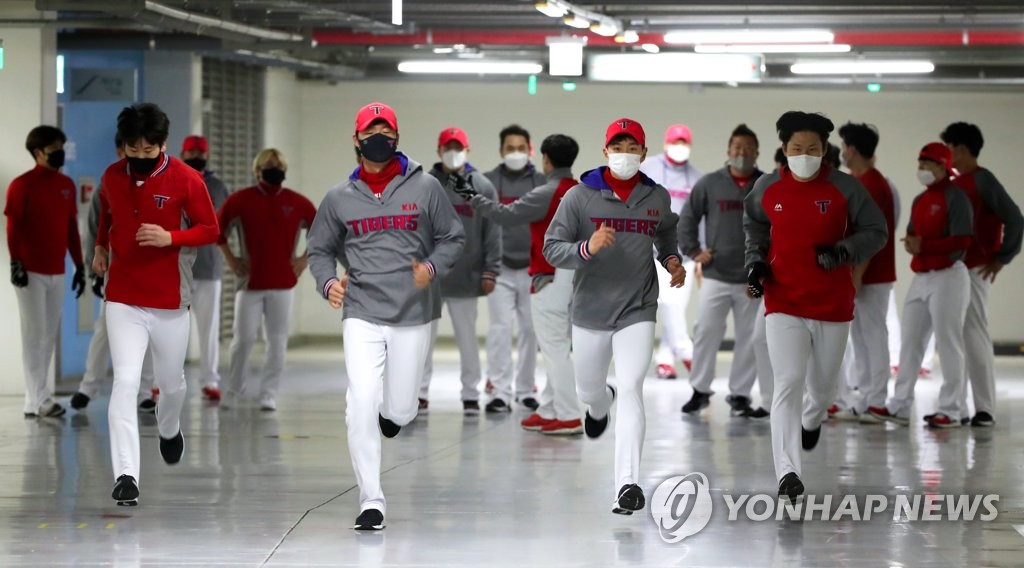 Kiwoom's captain, Park Byung-ho, chimed in, "Some guys have said this doesn't feel like spring training, but more like our typical pregame workout."

Park also said the team must take full advantage of using the dome during these late winter days.

"This is a really important time of the year, and we have to stay focused," Park said. "Compared to other teams, we're in a really good spot." 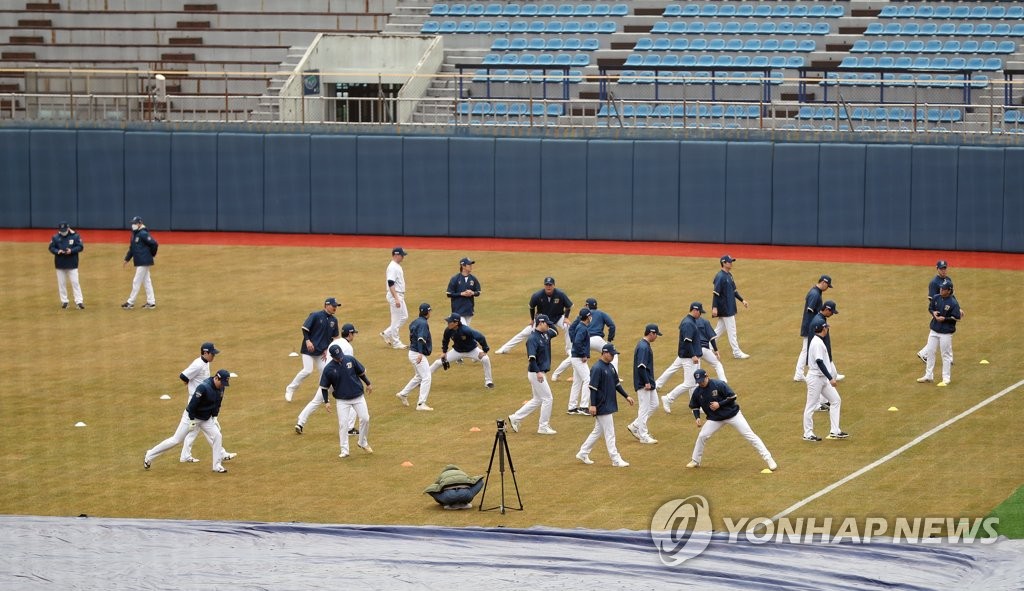 One of Park's teammates, Lee Jung-hoo, had an interesting take on the new-look camp. When the Heroes trained in Arizona, everything from going to the ballpark to eating meals was done as a team. He also had a roommate in the hotel. This year, everyone is commuting from home, and there are no team activities because of COVID-19 protocols. Players may be tempted to do things away from the field that they otherwise wouldn't have when they were all staying in the same hotel, Lee said.

"When you do everything as a team and when you're around veteran players, there is a prevailing sense of discipline," the 22-year-old said. "But now, I think there are a lot of temptations around us. Some older guys and coaches said we should stay out of trouble off the field. And I think we'll be fine because we're all professionals." 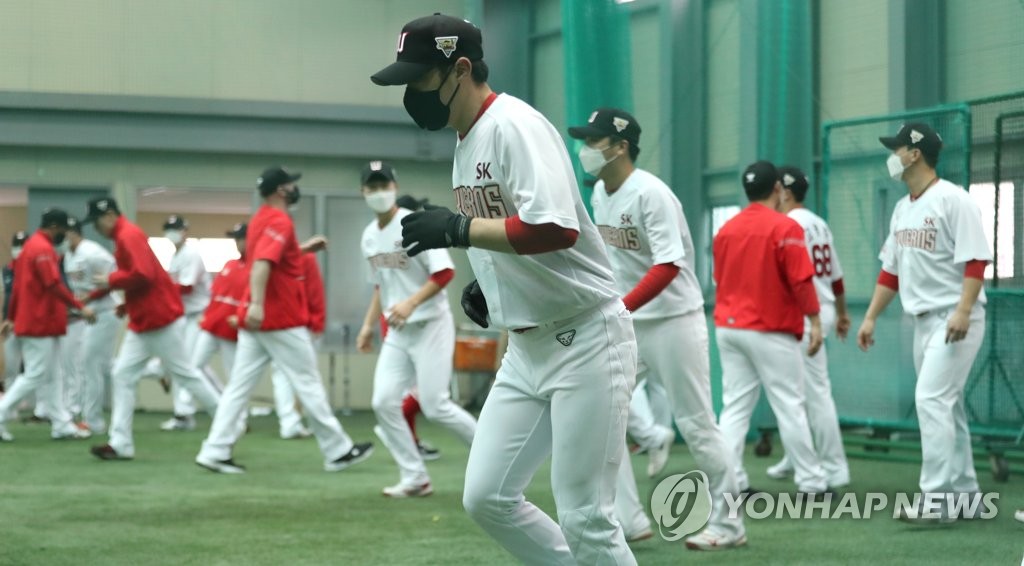