SEOUL, Feb. 2 (Yonhap) -- Kiwoom Heroes' outfielder Lee Jung-hoo, the veritable hitting machine in South Korean baseball, has had few peers at the plate since his outstanding rookie campaign in 2017. He took the Korea Baseball Organization (KBO) by storm that year, setting freshman records with 179 hits and 111 runs scored to capture the Rookie of the Year award in a landslide. From 2017 to 2020, Lee led the KBO with 143 doubles, tied for the lead with 716 hits, ranked second with a .336 batting average and 25 triples.

Now entering his fifth season in 2021, the 22-year-old only wants to keep getting better. It's hard to see how much better Lee can get or even where he can improve, after a season in which he batted a robust .333 with career highs of 15 home runs and 101 RBIs. 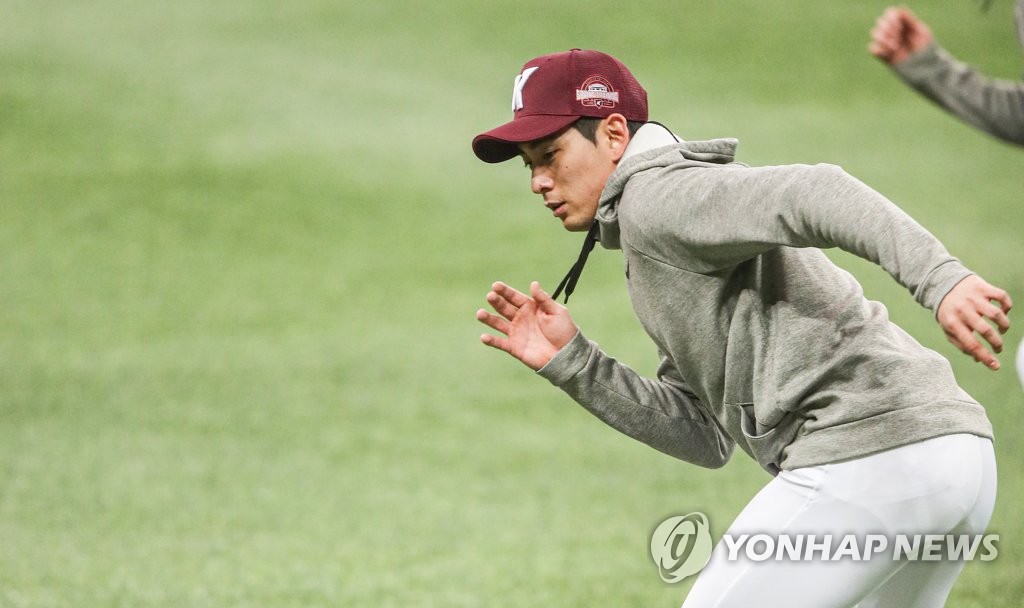 Still, Lee has taken a long look at himself in the mirror and decided he needs to be more consistent.

"Last year, I was hitting very well up until the midway point and then I lost a bit of steam in the second half," Lee said after completing the first day of spring training on Monday at Gocheok Sky Dome in Seoul. "This year, I want to be able to sustain good form from start to finish. My focus this winter has been to get my body prepared for the long haul so that I won't have so many fluctuations."

In addition to establishing career highs in home runs and RBIs last year, Lee also set personal bests with 49 doubles and a .524 slugging percentage. But he did tail off later in the season: Lee batted .305/.376/.430 with three homers in the second half, after going .358/.415/.608 with a dozen home runs in the first half.

Lee's second-half triple slash line would make for a very good season for many players, but the perennial All-Star has never been one to feel easily satisfied. 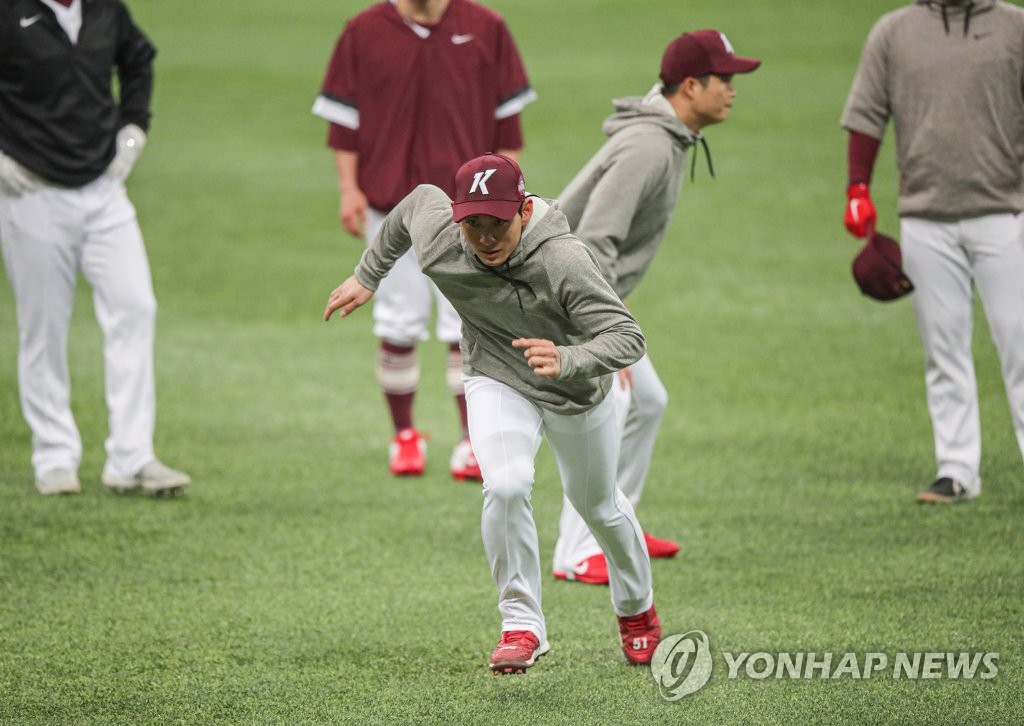 "Last year, I wanted to hit more doubles and home runs than the season before, and I was able to accomplish that," Lee said. "This year, I want to build on that success. And I'll try to get better with runners in scoring position, so that I'll have more RBIs. I'll try to stay focused in those situations even in spring training games."

The reason Lee wants to keep pushing himself is the departure of a fellow masher in the Heroes' lineup last year, Kim Ha-seong.

The former Kiwoom shortstop signed with the San Diego Padres in December, after leading the club with 30 home runs and 109 RBIs. 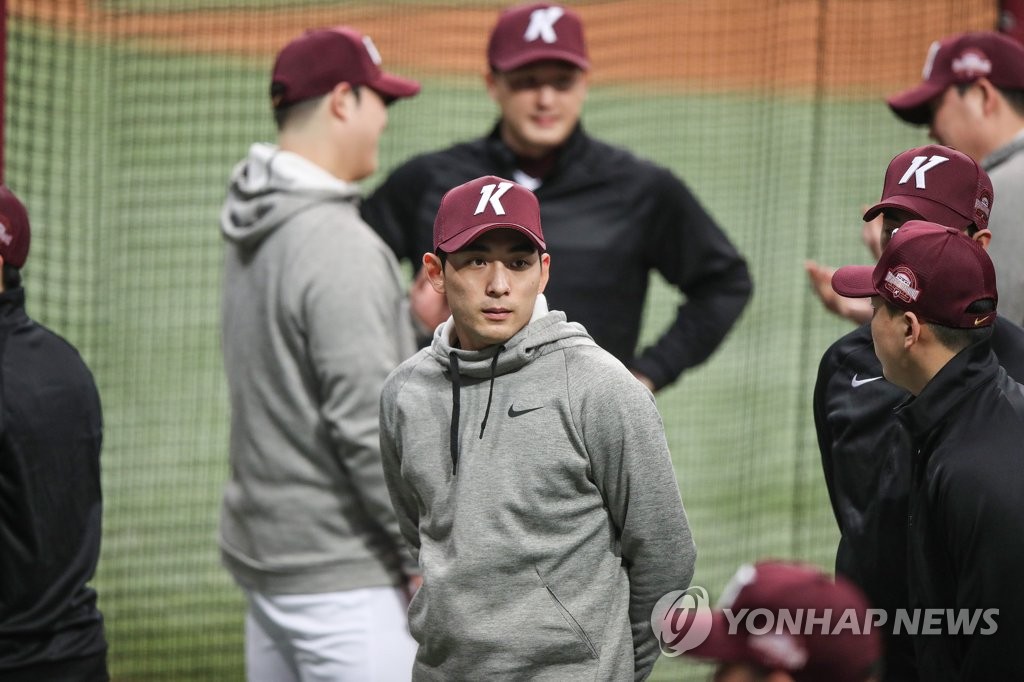 Lee said Kim is virtually irreplaceable and that it'll take a collective effort to fill that hole.

Kim signed his San Diego contract after getting posted for major league clubs. If Lee keeps it up and stays healthy, he will be eligible for posting after the 2023 season. He will still just be 25, the same age as Kim now, and Lee's combination of contact ability and emerging power, along with his speed and solid defense, will surely attract attention from major league teams.

Asked if Kim's jump to the majors has given him any extra fuel, Lee said he is only concerned about his immediate future.

"All I can think of now is how we can best make up for his absence," Lee said. "I hope he does well in the U.S., and I have my responsibility with this team right here." 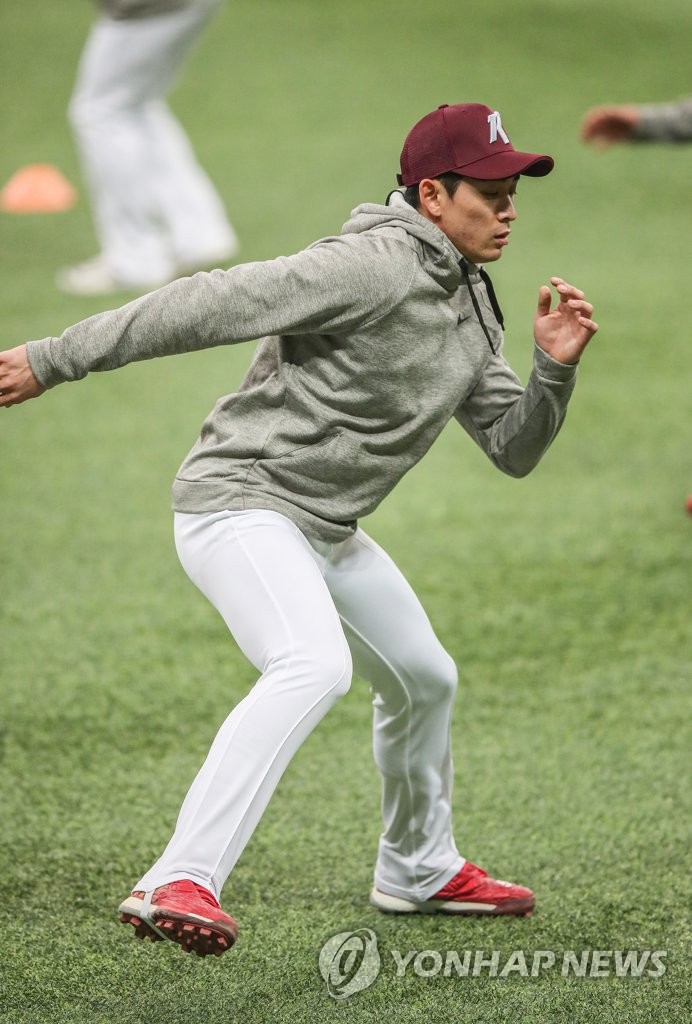