The latest case of the H5N8 strain of avian influenza came from an egg farm in Icheon, just south of Seoul, the Ministry of Agriculture, Food and Rural Affairs said. All poultry within a 3-kilometer radius of the infected farm were culled, officials said.

The country has now confirmed 84 cases of highly pathogenic bird flu linked to fowl farms since late November, when it reported the first such case in nearly three years.

The number of confirmed infections traced to wild birds also reached 127 as of Tuesday. 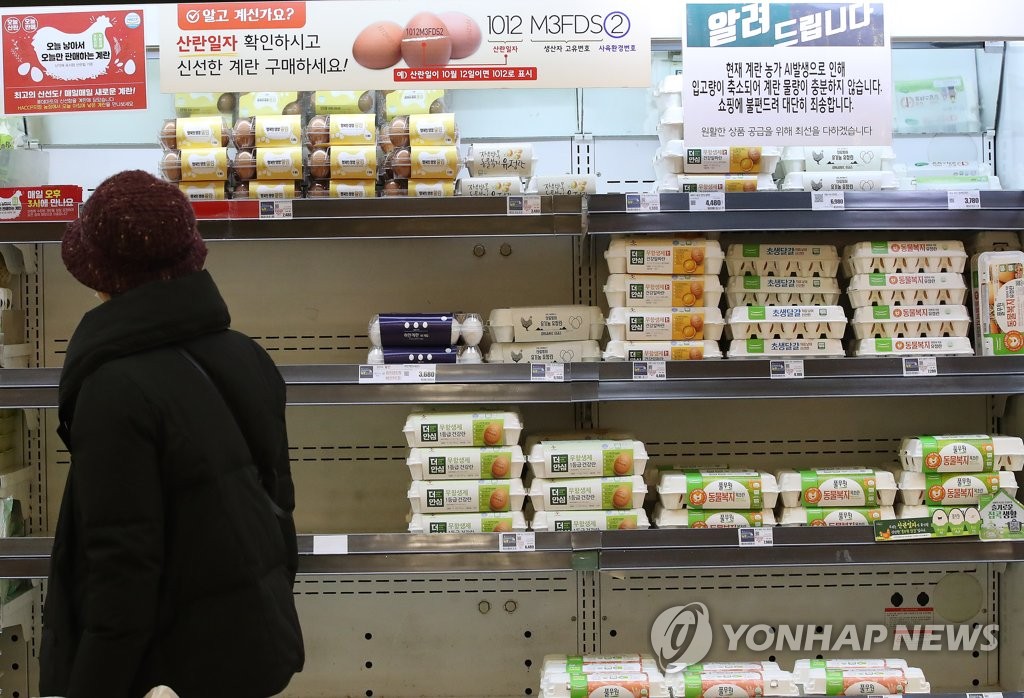 South Korea has so far culled nearly 25 million poultry to prevent the spread of the virus among local farms, which led to an uptick in the consumer price of poultry goods.

The average consumer price of eggs especially continued to rise, advancing 42.1 percent on-year over the past week. Prices of chicken and duck meat increased 16.4 percent and 40.1 percent, respectively, over the period.

To stabilize prices, the country recently decided to import a total of 50,000 tons of fresh eggs and seven other types of egg products without tariffs until June 30.

South Korea identified a whopping 340 cases of the H5N8 strain of avian influenza traced to poultry farms during the previous wave, which ran from October 2016 to January 2017. 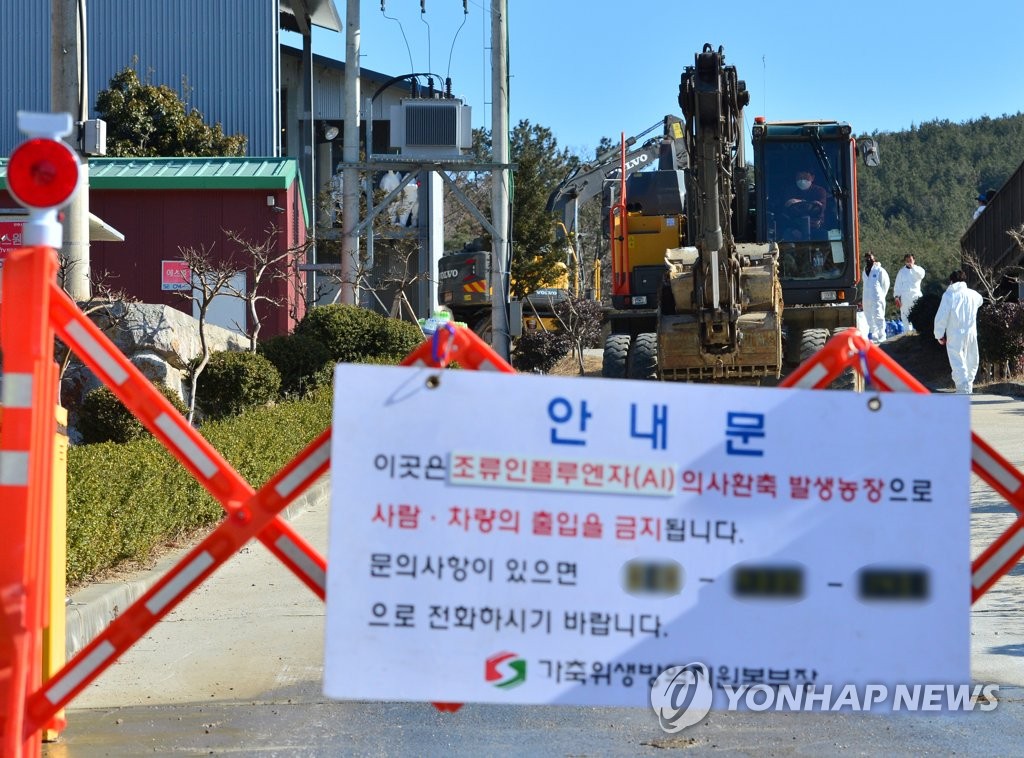