The social media-driven buying spree incurred heavy losses for such hedge funds, and share prices of GameStop skyrocketed as hedge funds frantically scooped up the stock to close their positions. 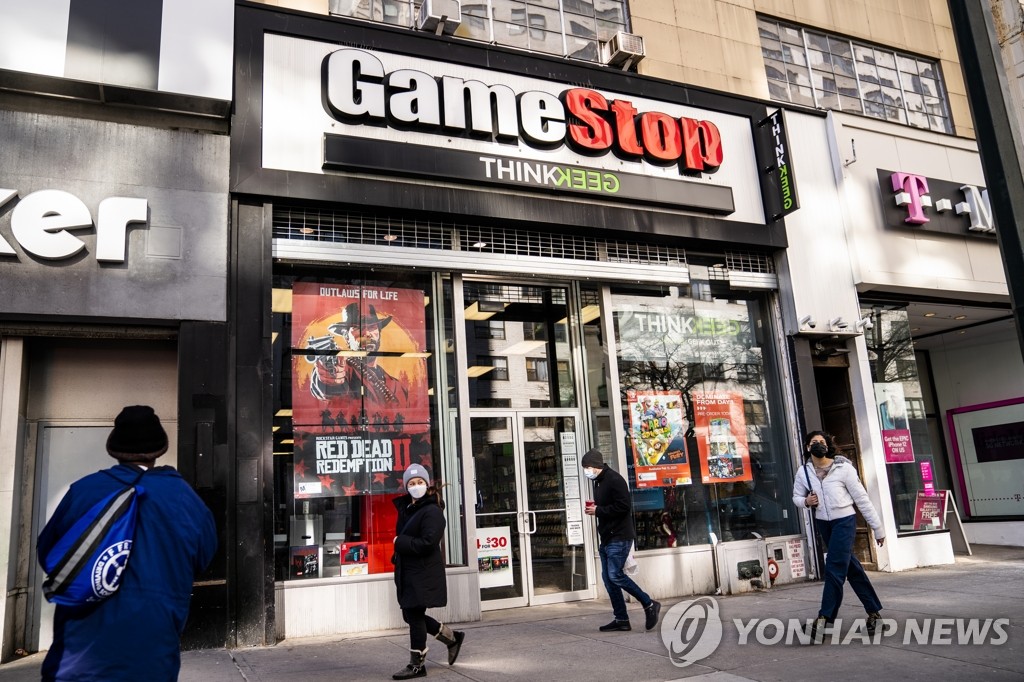 "As herd behavior like that in the GameStop case could frequently occur in a digitalized trading environment where multiple market participants easily access information, we will closely monitor its fallout," Kim said in a meeting on macroeconomic situations.

In South Korea, retail stock investors with limited leverage are demanding an outright ban on short selling, claiming that the trading tactics create a playing filed tilted in favor of offshore and institutional investors.

Stock short selling is a trading technique in which investors sell stocks they borrowed on the belief that share prices will fall in the near future. The more stock prices fall, the more profit they get.

In September, the Financial Services Commission extended a temporary ban on stock short selling for another six months until March 15 this year, in a move to ease market jitters over the COVID-19 pandemic.

Members of the Korea Stockholders Alliance, an advocate group of retail investors, said Sunday it will stage a "Kstreetbets" movement against short sellers in a similar manner shown in retail investors' battle against Wall Street.